Kitzbuhel in Austria, Banff in Canada, Cervinia in Italy and Davos in Switzerland are the latest big name resorts to open for winter 20-21 under pandemic operating restrictions.

They join around 30 ski areas now open in 10 ski nations with North America’s 20-21 season having begun last Tuesday at Wild Mountain in Minnesota (below) after record cold temperatures for the time of year hit the US Midwest. 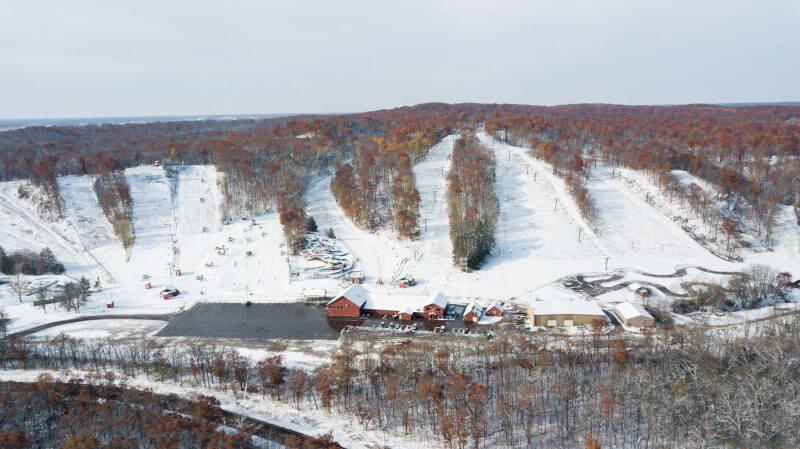 Banff in Alberta, Canada’s Mt Norquay ski area is making its earliest ever opening in its 95 year history this weekend. There’s been cold weather and lots of natural snowfall in Western Canada this month. North American ski areas are limiting the number of people on the mountain and using lifts this season due to the pandemic and tickets for opening day have sold out. 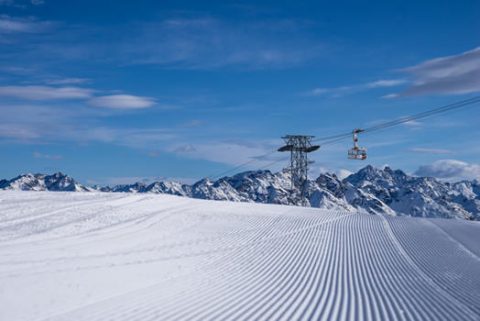 The Parsenn area at Davos (above) is also opening earlier than expected thanks to good snow up high in the Alps too.  There are now half-a-dozen areas open in Switzerland.

Kitzbuhel starts its 200 day ski season too up at Leftkogel / Pass Thurn but in its case it has used snow farming – snow stockpiled through the summer and spread back out on the slopes in the autumn – to build a few runs. 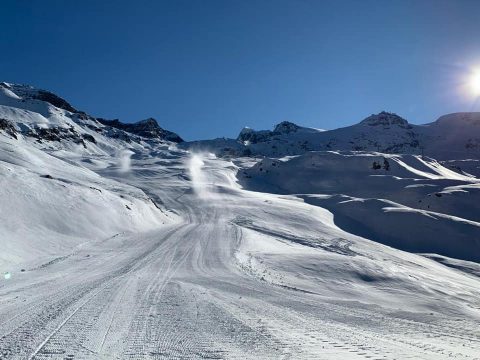 Cervinia in Italy (above) is also opening, with its Zermatt connection meaning the two resorts will offer 50km of runs between them, the biggest area open in the world at present.

The ski season is gathering pace as coronavirus cases rise and travel restrictions increase. British skiers have to self-isolate on return from almost every ski destination at present. Germany also says Germans returning from ski holidays in Austria, Switzerland and Italy’s South Tyrol also now have to self-isolate, but they have the option of taking a virus test and not needing to self-quarantine after 5 days if the result is negative.