Home » Killington – Biggest In The East

If ski area size is a concern, you need fear not with Killington, as none come larger in New England. It’s difficult to try to describe Killington without talking numbers – because they are very impressive. The huge domain sprawls over 1214 ha spread out over seven peaks that span 18 kmwide and include Pico Mountain. Altogether there is nearly 120km of groomed runs, divided up into more than 200 trails in total. They’re all served by a state-of-the-art uplift network of high-speed, high-capacity chairlifts and gondolas, and they’re all covered by one of the world’s most powerful snowmaking arsenals. Phew.

And then there’s the snow, because in fact all those snow guns weren’t much needed last season as Killington shared in the snowy excess that blessed Vermont all winter. Keeping up that “200” theme, Killington clocked up a 200-day ski season and more than 200 inches (that’s five metres …) of snowfall.

But Killington isn’t just about the numbers. Its size helps with its vibrancy. It means there’s a big choice of terrain on the mountain with everything from specially designed beginner terrain to a world-class selection of terrain parks and then many kilometres of perfectly groomed cruisers for those of us who just like to blast around the slopes. Plus there are the steeps and the freeriding for those who like to scare themselves.

It also means off the slopes there’s a wide selection of restaurants and accommodations to choose from, because Killington’s market is big enough to sustain them all. You can also expect a banging après-ski scene if that’s your kettle of fish, with legendary venues like the Wobbly Barn here. 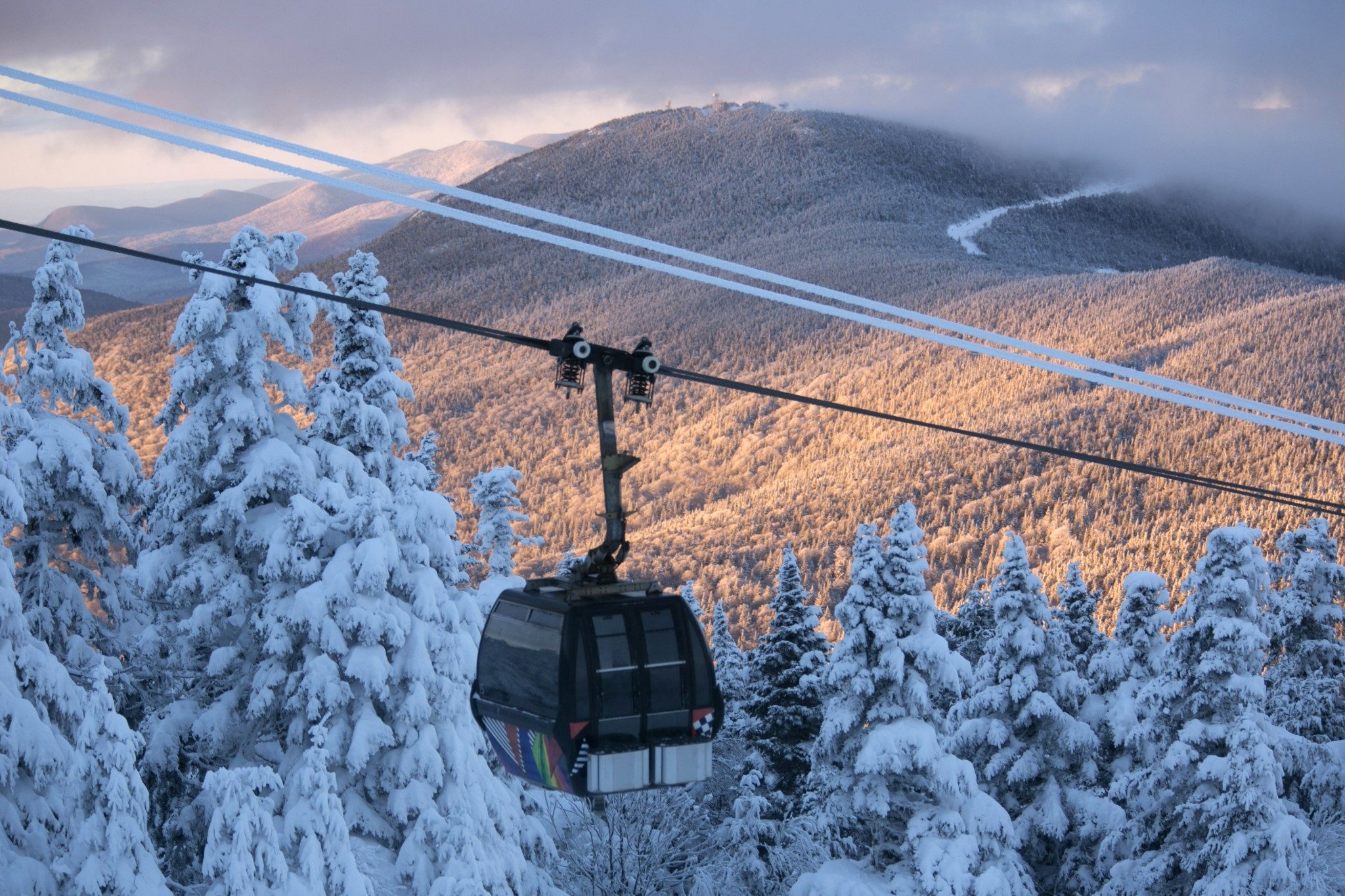 But Killington scores highly if you’re after more than “just” a huge amount of skiing and boarding too. Over the past few seasons the resort has invested more than £2 million in its four-storey Snowshed Adventure Center, where attractions include the Skye Ropes Course, Skyeride (seated zip-line ride), 464 m2Terra-Maze, Roaring Brook Mining for the youngest adventurers, plus motorised mountain tours by Segway and all-terrain vehicle. New for this coming winter is the amazing Beast Mountain Coaster – a 1500m-long lift-served downhill roller-coaster-style thrill ride complete with 360° corkscrew inversions! 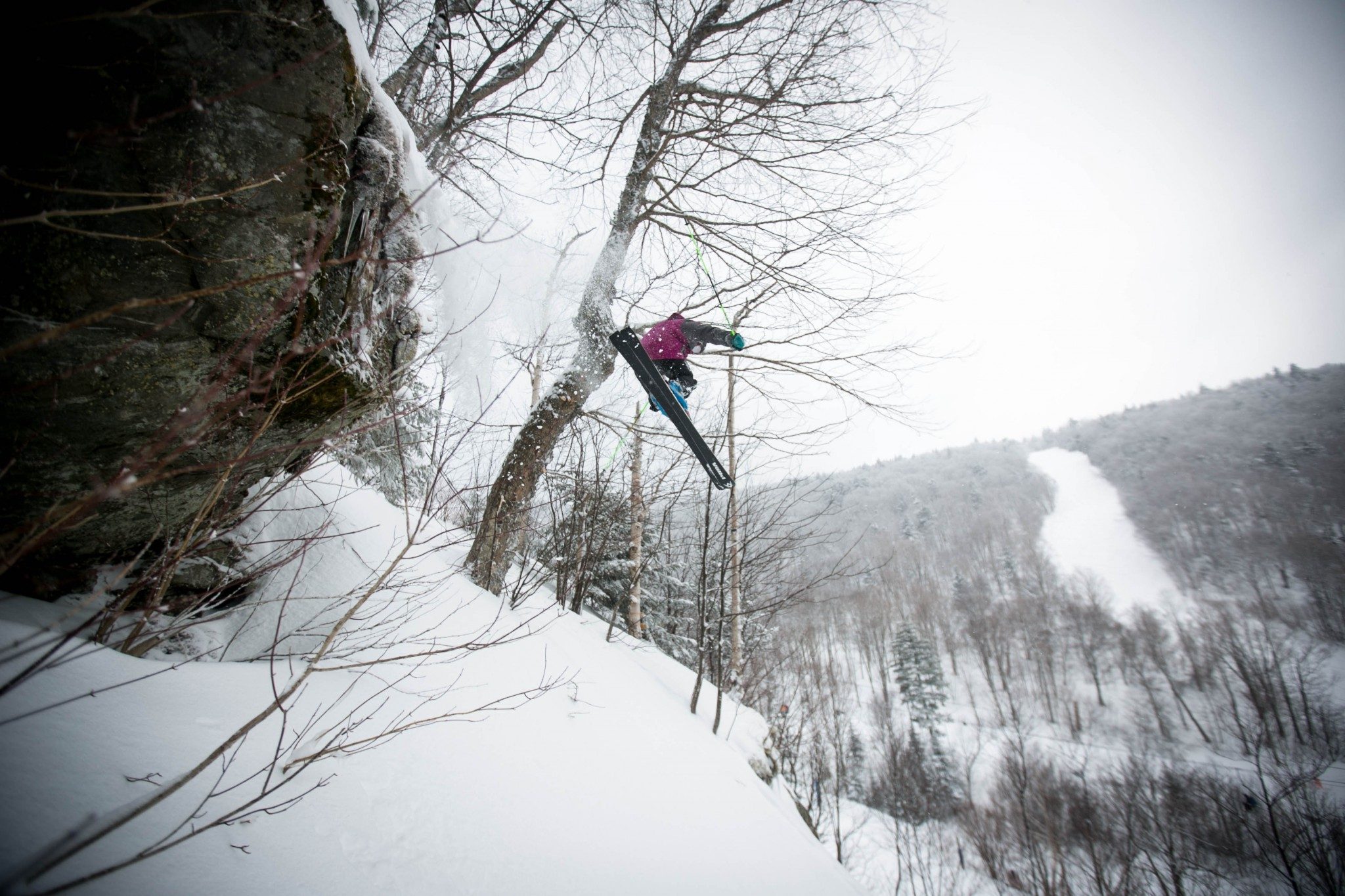 This comes after almost $9 million was invested in the previous few seasons in the new Peak Lodge mountain restaurant, the single largest capital improvement in almost ten years at Killington, where it is now the most sought-after dining location in the resort.

Throw in great shopping, excellent family programmes and facilities and you have a world-class destination that’s an easy hire-car drive north from Boston for us Brits.

And if you’re worried about all the energy needed to fire up its mighty (if now highly energy-efficient) snowmaking arsenal, fear not! Since 2008, Killington has offset 100% of its power with Renewable Energy Credits, meaning that all carbon emissions are offset. It’s recently announced significant investment in solar too in its ongoing efforts to be one of the “greenest” resorts in Vermont’s Green Mountains.

That’s part of a resort-wide (and indeed Vermont state-wide) move to fight climate change. The many other examples of this include using “cow power” for one of the lifts (power generated from methane from cows) and a clever locally invented technology which allows the resort to keep its fridges cool but uses much less energy to do so than the conventional refrigeration process. This technology alone has cut Killington’s CO2 emissions by 13.2 tons per year. 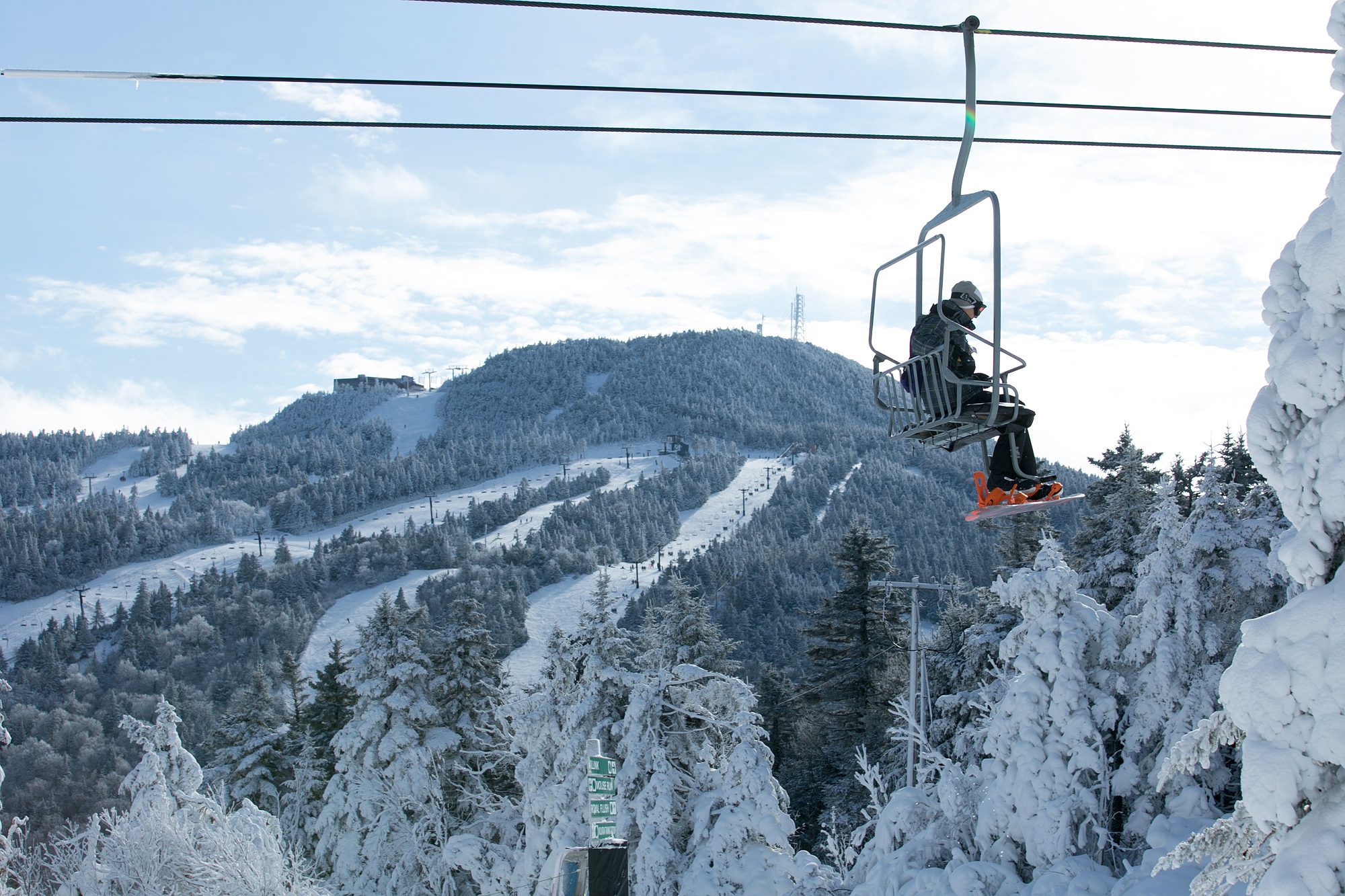 So if you’ve spent too much time looking south and not enough looking West when thinking about your ski destination, make sure Killington is on your bucket list, and better still get there this winter.

Say Goodbye to Leg and Back Pain When Skiing with AGAINER Ski Exoskeleton!