I Never Knew You Could Ski There: Lithuania

The Baltic states of Northeastern Europe are not renowned for their high peaks. Lithuania is no exception with its highest point, Aukštojas, more of a hill than a mountain, reaching just 294m above sea level.

They are not really that cold usually either. They lie due south of Finland, east of Denmark, and if you travelled further due west across the North Sea, you’d find Lithuania on about the same latitude as southern Scotland. It is usually snowier, however, as there’s no warming Gulf stream, just the cold Baltic sea.

But despite these rather unpromising prospects for downhill skiers and boarders, little Lithuania punches above its weight for ski facilities.

One of the big attractions is the Snow Arena, which opened in April 2011. The world’s only indooroutdoor centre, it has one of the longest indoor slopes there is, at 460m, but then when it’s cold enough it links to a curving outdoor slope, which begins and ends next to the top and bottom of the indoor slope, sharing the 66m vertical. It is 640m long with a slope pitch of up to 25%. This can operate as soon as temperatures drop below 5C° each winter when snowmaking can begin. There’s also a 150m nursery slope and a terrain park.

The SNORAS Snow Arena opened following an investment of 98 million litas (about €28.5m) of which two-fifths came from the EU. The centre’s capacity is 1,000 people at any time, and annual visitor numbers are 400,000 visitors annually, most arriving from the wider Baltic region. 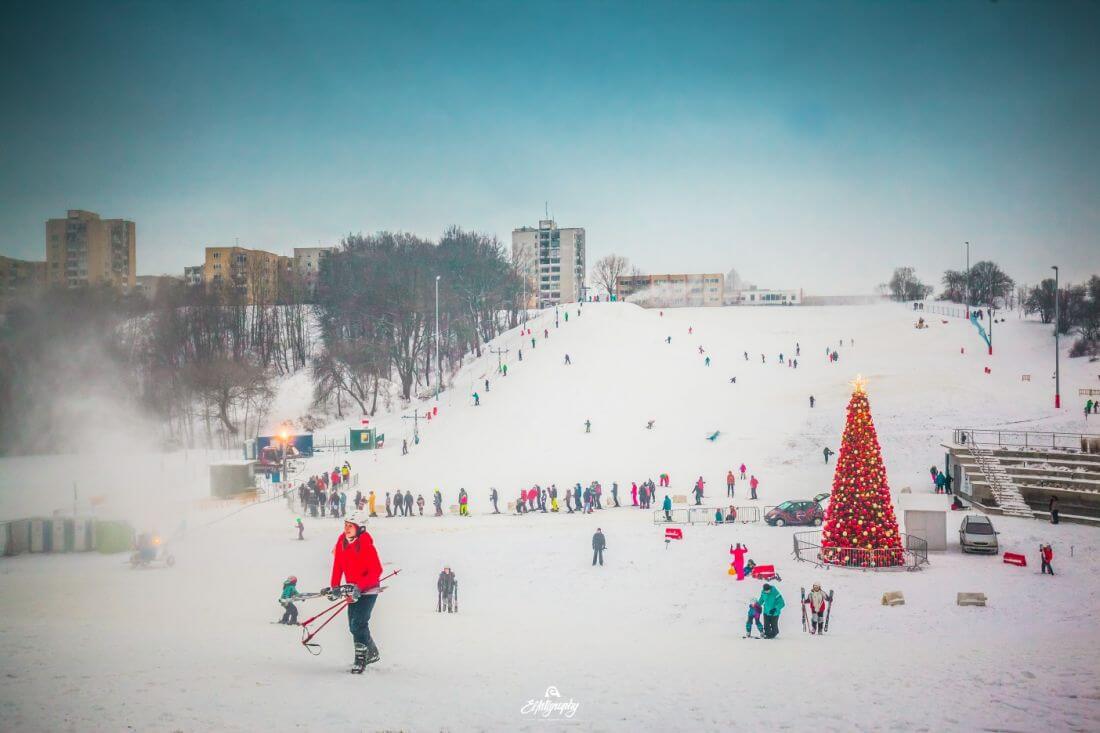 But Lithuania is also home to around 10 small ski centres of a more conventional type.

Kalita ski centre in Anykščiai, also a spa resort, is one of the larger centres and for skiers it’s not that large. There are five runs, a terrain park and a year-round tubing slope (on a dry slope surface in summer). The longest run is 500m, over 40m of vertical. Another of the larger areas is the Ignalina Winter Sports Centre which has a long tradition of hosting winter sports competitions and entertainment thanks to a reputation for being the first in the country to get snow fall each winter, and then for the fallen snow to last longest. There are four drag lifts here serving short downhill runs of a few hundred metres each.

Most of the rest of Lithuania’s ski destinations have just one or two short drag lifts and runs which open when it’s cold enough. Wherever you are in the country, though, you don’t have to travel far to find a ski lift.