Scotland’s 20-21 ski season starts on Saturday, 19th December, but there’s a lot of misinformation about at the moment about who should visit the country’s ski areas and whether there’s actually much snow waiting for those who can and do.

*** Update 24 December: Since this piece was originally compiled Scotland announced an (at least) three week lockdown from Boxing Day (26th December). This initially appeared to mean ski areas will be closed by the government until at least January 16th, 2021, however it seems areas can open under strict restrictions – mostly that only skiers and boarders living very locally can visit. Currently, from December 26th Glencoe is open to residents of Highland only; Glenshee to residents of Aberdeenshire and Perthshire, The Lecht to residents of Moray and Aberdeenshire whilst Cairngorm and Nevis Range are closed  ***

The four Scottish ski areas that are planning to open this weekend are making constant efforts to inform skiers across the UK as to who should visit, how to visit and what the conditions are like at present, but it is not clear how much is being taken in. 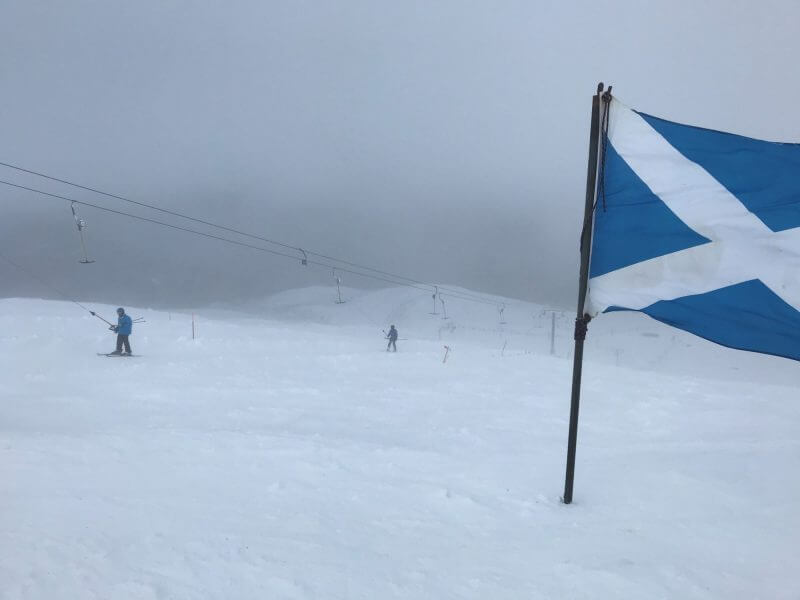 The first thing to be aware of is that there’s not likely to be a lot of a snow around for opening day, the second and more crucial in the pandemic, that it is currently illegal for the vast majority of skiers in the UK to travel to the Scottish Highlands where the ski areas are located.

The four ski areas opening, with probably very limited terrain initially, are Cairngorm above Aviemore (pictured above on 8th December), Glencoe, Glenshee and The Lecht.  Some are currently in tier 1 (one above the lowest level in Scotland), others in (or going into) tier 3 (that’s one below the highest level in Scotland), under the Scottish system.

“If you are planning to travel to Cairngorm Mountain, you need to understand the travel restrictions in place in Scotland and in Local Authority areas. If you deviate from the rules, then you are breaking Scottish Law. It is your responsibility to be aware of travel restrictions. The relaxation in restrictions for 5 days during the festive period is for visiting family and does not apply to tourist and leisure activities. Under current Scottish Government travel conditions, unless you have a specific justification for travel you must not travel between Scotland and England, Northern Ireland, Wales, County Donegal in the Republic of Ireland and Jersey.”

Susan Smith went on to explain that, “…even if you live in a level 3 or 4 Local Authority area you must, by Scottish Law, remain in that area unless you have a specific justification.  This applies to people who live in Scotland; and those who live outwith Scotland, who may be thinking about travelling for a skiing / snowboarding vacation. We want our customers to abide by the law and help keep our winter snow sports season safe.”

Most of the Scottish ski areas are in Tier 1, however Glenshee is moving in to Scotland’s Tier 3 just before the centres are due to open.  The Lecht lies on the border of Zone 3 and Zone 1, half in one tier, half the other. Glenshee advise skiers and boarders to book lift tickets online having first checked the Scottish Goverment travel guidelines to ensure they’re allowed to travel to the centre.  The other three centres are in tier 1.

Scottish skiing, often largely ignored, has had vastly more attention than it normally does in ski and travel press in recent months. Multiple English-based publications have been running stories all autumn about Scottish ski areas being the place for Brits to head to in a pandemic, with the added worry of Brexit making it doubly hard to get to the Alps, Dolomites, Pyrenees or Scandinavia.

There’s general agreement that when conditions are good – typically in the latter half of the season (as they were earlier this year just as the first lockdown was announced in March) they’re as good as the best in the world.  Scotland is also blessed with some of the most spectacular scenery on the planet and some of the best people.

However the country’s ski centres can have inadequate snow cover or storm-closures at any point in the winter and spring and local facilities are limited (the two main resort bases are Aviemore and Fort William). The advice is to travel last minute and midweek when travel restrictions are lifted and conditions are good if you can. Alternatively, again if travel restrictions are lifted, plan a winter holiday to Scotland but be prepared to adjust your activity plans if you arrive when the ski runs are closed.

Currently, after a good snowfall earlier this month which has seen people out touring, and some smaller accumulations since, Scottish ski areas don’t have a huge amount of natural snow cover and are most likely to open with just limited areas of slope created by their all-weather snowmaking systems.  Glencoe has created a 70 metre long run that has been open for sledging the past few weeks for example (below).  More snow is in the forecast. 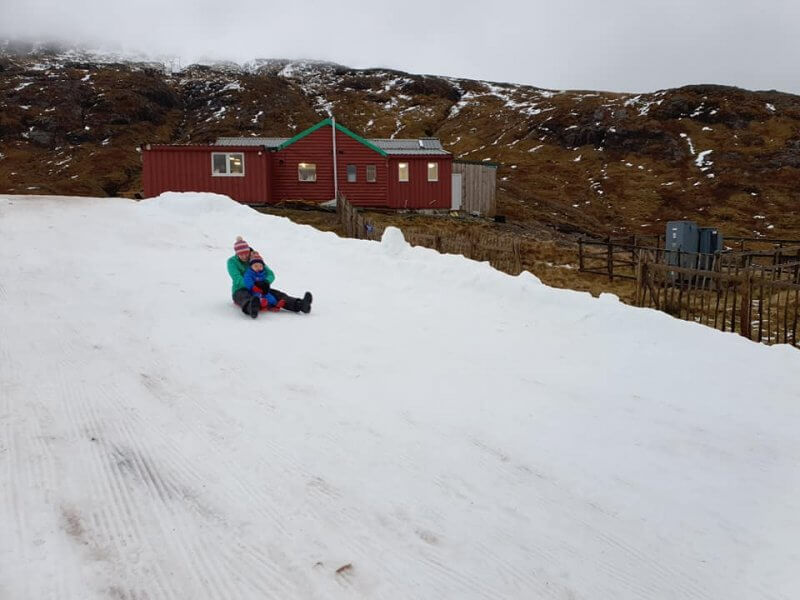 “We will be opening our beginners area with factory snow on the 19th of December. Should mother nature provide us with some natural we will look at getting other lifts going,” a spokesperson for The Lecht said on Saturday.

All Scottish areas have pandemic-spread-prevention measures in place including the requirement to wear masks/buffs indoors and in queues, two metre social distancing and wearing gloves. Some of the centres have advance online ticket purchasing requirements, others ask that only one person in a group or family go to socially-distanced queue to pick up tickets or in cafes to collect food for the group.  One-way systems have been created where possible.

The fifth Scottish area, Nevis Range ski area near Fort William (library pic below) announced in the autumn that it has lost £1m during the pandemic and that it won’t be opening until (they hope) an unspecified point later in the season – depending on snow conditions and pandemic restrictions at that point. 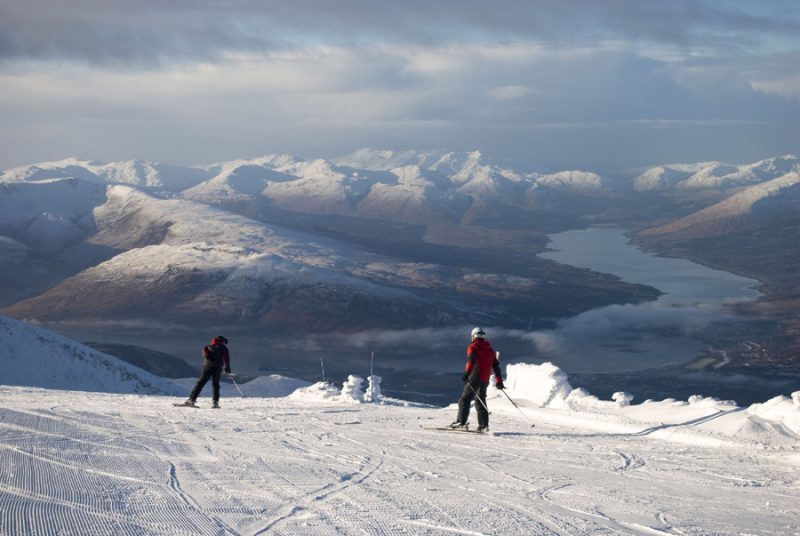