The forecast heavy snowfall has arrived in the Alps.

The snow is expected to keep falling for the next 48-72 hours, heaviest in the French and western Alps, but with most areas seeing some snowfall.

Snowfall stats above 2,000m have been good most of the winter and ski areas with high-altitude slopes have reported another 40-70cm growth in their snow depth up high over the last week.  Alpe d’Huez is the first in Europe to report it is lying 3 metres (10 feet) deep now on their highest slopes.

Lower slopes have had a tough time though and even though there was fresh snow last week, which allowed Les Gets, one of the resorts hardest hits to re-open half a dozen runs having had to completely close their ski area before, more warm weekend weather led to further thawing.

The good news now though is that not only it is dumping, it’s also well below freezing to low elevations and set to remain so, at least for the coming week.  Les Gets is pictured above this morning, nearby Chatel below.

The avalanche danger level is at 3 on the scale to 5 at most resorts in the Western Alps. That’s “considerable” and considered the most dangerous level due to the number of people prepared to risk heading off prepared pistes at this level when they wouldn’t at 4 or 5.

Resorts are also required self-drivers arriving by car to fit chains before ascending the mountains.

It is also reported to be cold with snow showers in the Pyrenees, Scotland, Bosnia and Bulgaria, which are also all areas needing more snow. 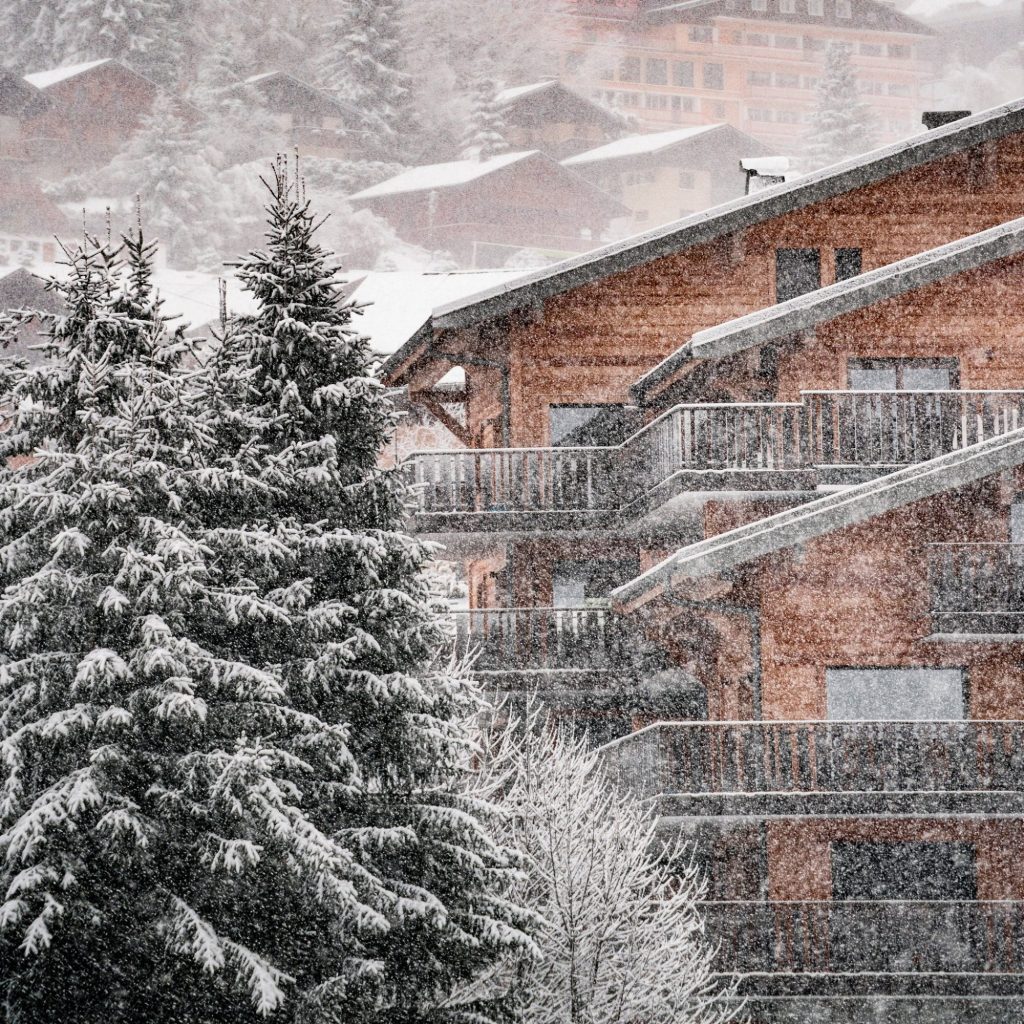 For the latest snow forecast and updates on where is best to ski now, as well as ski news, gear reviews and resort spotlights, you can check out our regular podcast here Apple | Spotify | Podcasts or search The White Out on your chosen podcast directory.