Flags In The Snow & Airport Ads Welcome Brits Back to France

There’s no sign of any slowing of the outpouring of joy at the news that British skiers can now return to French ski slopes.

Tour operators continue to announce discounted packages and French resorts continue to post their welcomes back – most recently with Les Arcs asking artist Simon Beck to create a giant snow union jack up at Arc 2000. 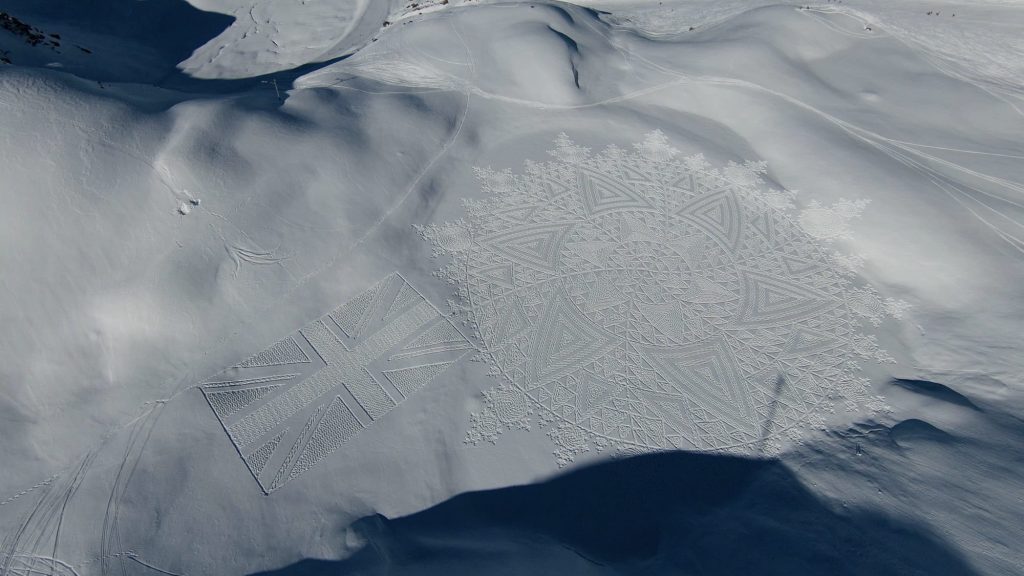 The re-opening of the French border is even causing bumper business for gear retailers,

“As soon as France announced that Brits were allowed in, our ski boot appointment bookings page was inundated with people keen to get back onto the snow in customised ski boots. We experienced a number of cancellations back in December as people had their trips cancelled but we are pleased to say people are now voting with their feet and showing us how delighted they are to get back to the UK’s most popular ski destination,” said Mark Brigham of Ellis Brigham Mountain Sports.

Even skiers departing from Gatwick’s North Terminal are being greeted with a snowy “Welcome Home” message from Ski Beat, on the video screens in the Departures Hall.

Chalet specialists Ski Beat say their ad is intended, “…to demonstrate confidence in the future of travel, and in ski holidays in particular.

Ski Beat Sales & Marketing Director, Laura Hazell, said, “this is the first time that the company has invested in such a campaign, and is particularly poignant for the thousands of UK skiers who were unable to ski last season, or whose holidays were cancelled over Christmas and New Year.”

The Brighton based company, which sells around 50% of its catered ski chalet holidays through ABTA travel agents, believes that now more than ever, agents need the support of companies that demonstrate longevity, and experience in their sector. 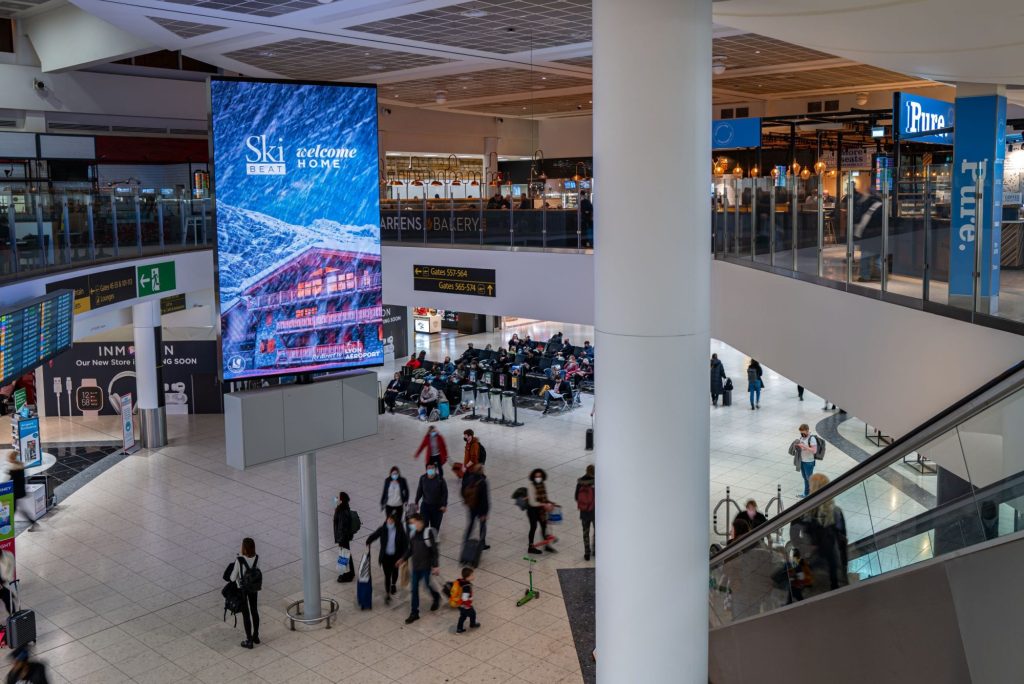