Last Thursday, easyJet launched their new route from Southampton to Geneva with a special guest to see off the first departure; Eddie the Eagle.

Southampton Airport was chosen by easyJet to offer those in Southern England an easy alternative to the busy London airports. With easy transport links, a lovely quiet terminal (no long queues or 20-minute walks to your gate) and fantastic customer service, it’s clear to see why easyJet’s Southampton flights are proving to be a popular choice for travellers.

The flight times are ideal for travellers, setting off from Southampton between 9am and 10.25am so that you will land in Geneva late morning/early afternoon. Geneva is extremely well placed for many ski resorts, so that you could potentially be at your destination with enough time to get a few turns in when you arrive. You’ll definitely be there with enough time to sort out check-in, ski hire and a well deserved pre-dinner drink! 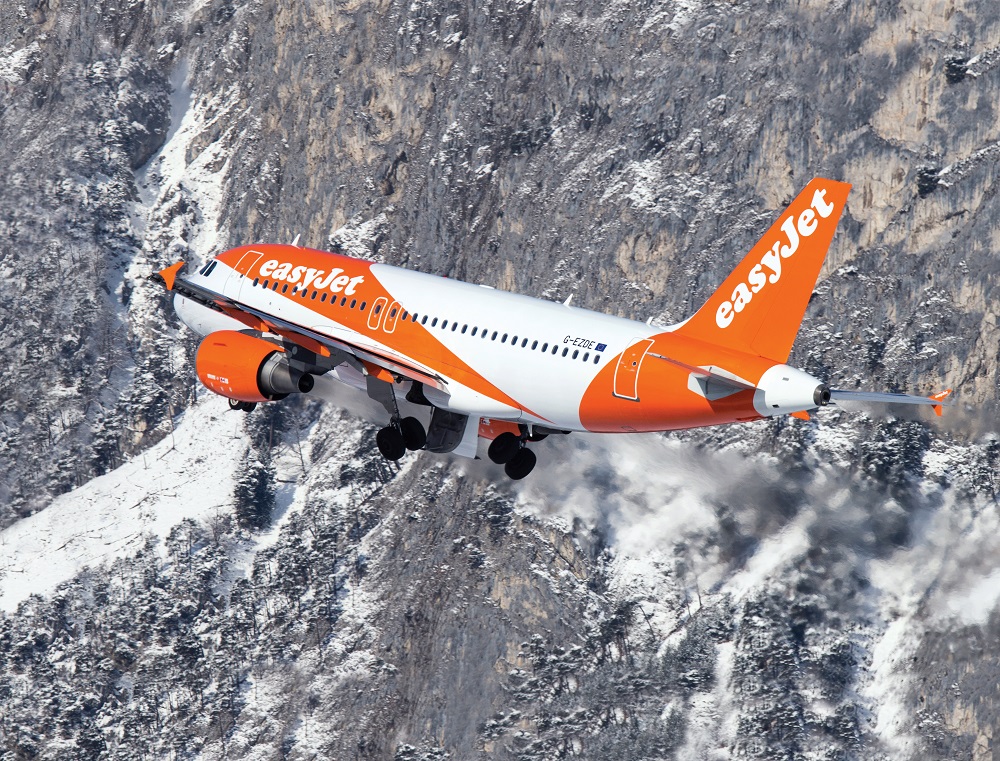 Ali Gayward, General Manager at easyJet said: “We’re delighted, today’s flight is almost full, and we’ve got lots of dates throughout the season that are showing a huge amount of demand – we’re expecting this to be a really successful flight. We’re starting off with three times a week for the ski season, but if it proves successful, which we expect it to be, then we’ll begin to look at what else we can do in the future.”

The flight will be operating on Tuesdays, Thursdays and Sundays from today (14th December 2017) until 22nd March 2018. These three options mountain-lovers to easily plan either a long-weekend or mid-week ski trip, as well as the classic ski week.

Of course, where skiing and flying come together, Eddie the Eagle reigns and he was at Southampton airport on Thursday to see off the first flight. Guests seemed delighted to get the chance to meet a British skiing legend before jetting off to the slopes themselves.

Ali Gayward said: “We’re delighted to have him here today to support the launch because he is the face of British skiing!”

Geneva services a huge amount of ski areas, including Swiss resorts of Zermatt, Verbier and Gstaad, France’s 3 Vallées area as well as Chamonix, Avoriaz and Les Arcs. In fact, over 50 French ski resorts are accessible from Geneva so it’s a great airport destination for winter sports lovers.

Find out more about the flight route here.