More detailed plans for the new look Sheffield Ski Village have been unveiled at a business briefing staged by Sheffield Council and featuring the consortium leading plans to redevelop the site under the EXTREME Destinations banner as including council chief executive John Mothersole and director of city growth Edward Highfield.

The 48 acre site was once home to Europe’s biggest dry slope centre, where world famous skiers and boarders including James ‘Woodsy’ Woods first learned their skills but was destroyed by an arson attack more than six years ago.  It’s now set to be relaunched under a £22.5m redevelopment plan first announced last November. 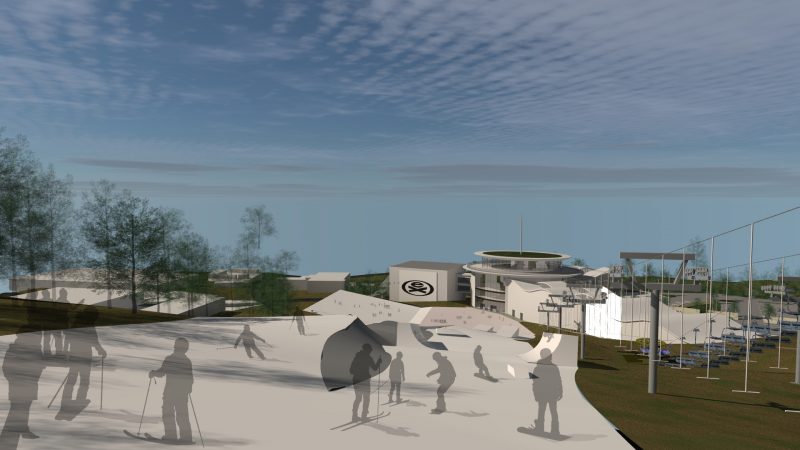 The newly unveiled plans include a more multi-sport venue but centred on a new ski lodge and plans for new mountain bike trails and zip wires in the first phase.

Details of ski runs have not yet been unveiled but artist impression images released show skiers on a freestyle ski run and plans show two curving ski runs and a new ski lift. 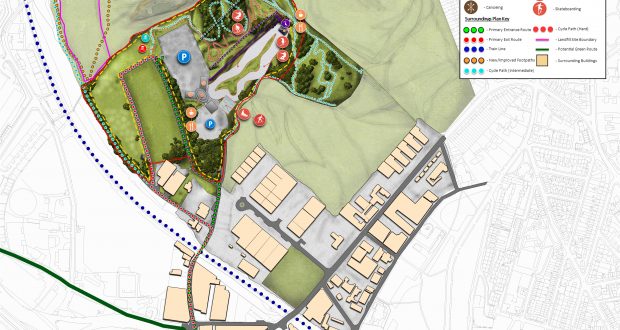 “Our discussions to date have shown the very real potential of this site. We have had many interesting discussions about bringing adventure sports to Parkwood. We are developing a bid for Sheffield City Region funding and having highly positive discussions to bring our plans closer to reality,” said Chris Lewis, from EXTREME. 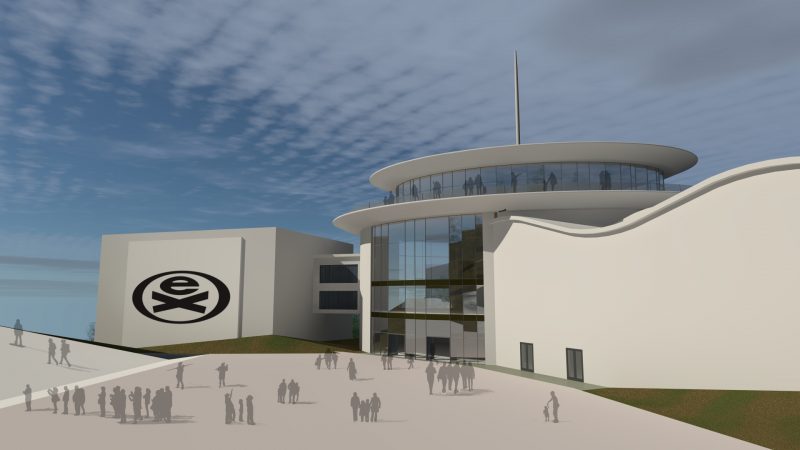 Plans for later phases of the centre’s development include a combination of action and adventure sports facilities, including the possibility of an indoor sky diving facility live music, E-Gaming and Virtual reality hub as well as a restaurants, bars, social spaces, retail and themed accommodation.

“These plans show the huge potential of the former ski village site as a major destination and large visitor attraction. It shows how EXTREME can carry out a phased delivery plan which brings the ski village back into use alongside many other outdoor pursuits. And it also shows how the rest of the site can be developed with the potential for lodges, hotels and other accommodation,” commented  councillor Mazher Iqbal who is cabinet member for business and investment at Sheffield City Council.

EXTREME says it will reveal further plans later in the year together with the release of Sheffield City Council’s masterplan for the wider Parkwood Springs area that surrounds the site. 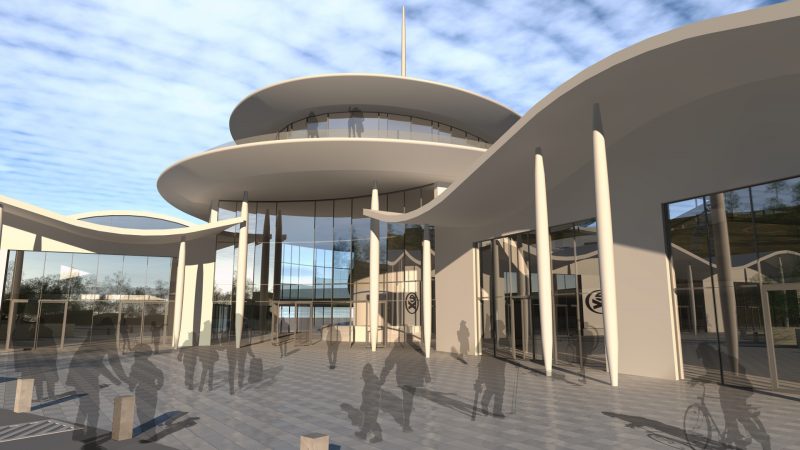