Arapahoe Basin ski resort in Colorado, one of the world’s highest ski areas and operating one of the planet’s longest ski seasons, has announced that its Pallavicini double chairlift which accesses the area’s North Side terrain is to be replaced.

It’s unusual for older lifts to be replaced with models of identical size and capacity, with the normal practice being to install a bigger, faster lift, when an upgrade is needed, but Mr Henceroth says that the team at Arapahoe Basin didn’t want to mess with a set up that works well.

“While there is a heck of an argument to build a much bigger lift here, there is also an argument to replace Pali with the same type of lift. The Pali Lift and terrain work so well, we didn’t want to mess with that little chunk of paradise,” he said.

Chairs from the current lift will be sold by lottery in the spring with a number also auctioned off for various good causes including supporting local charities and to help support, “…a couple of A-Basin employees going through some significant medical challenges this season,” Mr Henceroth added, concluding,

“Pallavicini is an incredible chairlift. It is my favorite chairlift, anywhere. The new lift will be just as good and the spirit and culture and vibe of Pali will be as strong as ever.” 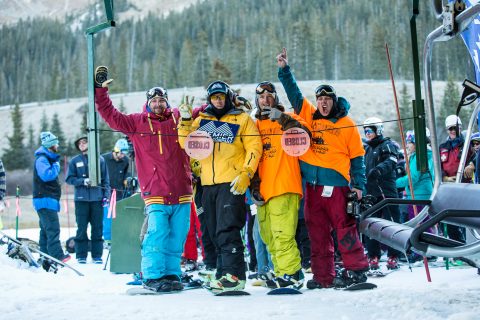 50cm Of Fresh Snow Before Swimwear Day in Colorado