Snowsports coaches and instructors from across the country gathered at Snozone in Castleford last weekend as part of the UK Snowsports Coaching Conference and Coaching Awards Dinner organised by Snowsport England, Snowsport Scotland and Snowsport Wales.

Around 80 coaches and instructors from different snowsports disciplines (Alpine, Park and Pipe, Telemark) enjoyed two days of presentations and workshops from leading snowsports professionals, as well as a range of practical on-snow sessions. The workshops included Psychology sessions ‘Coaching your Inner Chimp’, ‘Injury prevention and Longevity in Snowsports’, strength and conditioning sessions and an overview of the new ACE Test.

The keynote speaker of the weekend was British Ski and Snowboard Performance Director Dan Hunt. The audience was captivated by Hunt’s presentation of the vision to make Great Britain a top five snowsports nation by 2030, and the background and calculations which had gone it to realising the vision is achievable. He also talked about the role of coaching, and the importance of the coaching to our current British athletes.

Hunt said after his key-note speech: “Great coaching is vital to elite level sport. In my opinion you won’t see success without the coaches behind it. At British Ski and Snowboard we try and work closely with the athletes to understand what they think they need, and then bring in the coaches that fit to that programme. Every coach we employ at BSS is world-class, who truly understand what it takes to win an event and have excellent communication and leadership skills. Saying that, some of the best coaches I have met coach at junior level, and indeed many elite coaches operate just as well at all levels.”

Included in the two busy days of the Conference was a session with expert boot fitter Colin Martin from Solutions4Feet who took the coaches through an in-depth look at ski boots and how having the correct fit can make a huge difference to skiers. There was also the chance for instructors and coaches to try out next year’s range of Rossignol skis, one of the long-term sponsors of the event. 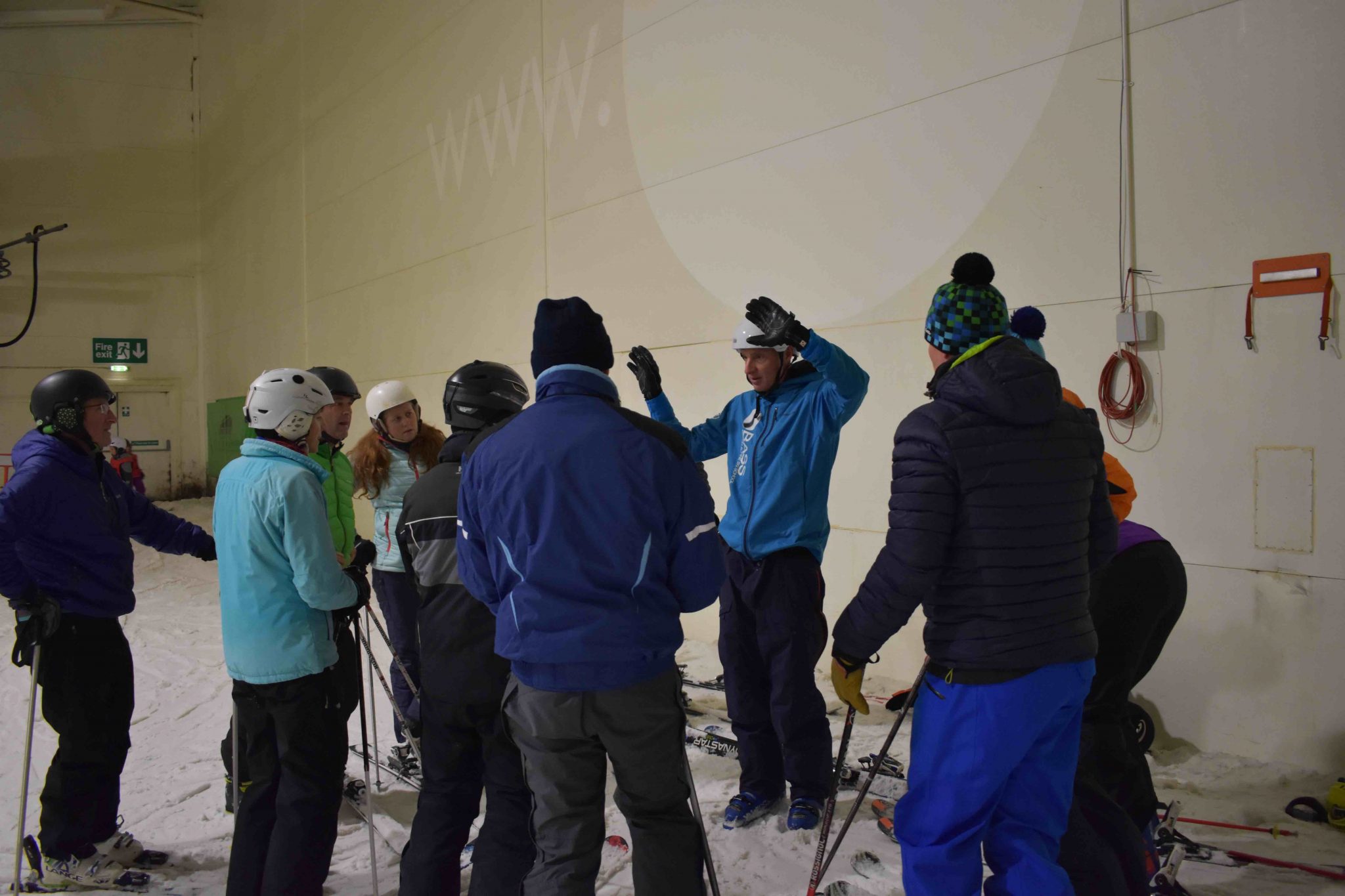 Snowsport England Coaching and Workforce Lead, Ryan Grewcock said of the weekend: “The UK Snowsport Coaching Conference is one of the few occasions that instructors and coaches from all across the UK, that coach different disciplines can get together in one room. It’s a fantastic opportunity for coaches to develop their own skills as well as share ideas with others. Castleford Snozone provided a perfect place for us to offer an interactive mix of lectures, classroom sessions as well as making the most of the indoor snow present.

“My personal highlight was seeing the relationship between the classroom based sessions. Seeing how the Strength and Conditioning, Boot fitting and the session on longevity in Snowsports all complimented one another. The conference is key in enabling coaches to engage face to face with experts in Snowsports as well as world class lecturers from other sports like British Cycling. For me coaching is about people and getting together to share ideas and experiences is still the best way to achieve this”

CHILDREN’S COACH OF THE YEAR

Roger Crombleholme, head coach of Midland Ski Club, has been instrumental in establishing satellite clubs for various schools and organizing race camps in Holland for young racers to continue their development.

COMMUNITY COACH OF THE YEAR

Gareth Vogan, Snowsport England Park & Pipe coach & Swadlincote Ski Centre freestyle coach, who’s work with the Park & Pipe academy and understanding that the sports are about enjoyment, friendship and being part of a community have helped rebuild the sessions at Swadlincote.

DEVELOPMENT COACH OF THE YEAR

Carl Ryding has dedicated countless hours and year’s helping those he trains to succeed both at a national and international level, and has inspitred numerous athletes to pursue their dreams within the sport.

HIGH PERFORMANCE COACH OF THE YEAR

Tristian Glasse Davies, Head Coach British Alpine Men’s Technical Team, is the first British coach to take a British athlete to be ranked in the top 10 in the world for alpine ski racing, as well as a world cup podium finish.

DISABILITY COACH OF THE YEAR

Peter Jesse, head coach for the Special Olympcs Surrey and Aldershot Ski Club for the disabled, Peter has been instrumental in activating and driving for greater access and participation of athletes with disabilities at race events, and including them in practice sessions.

COACH MENTOR OF THE YEAR

Bob Eastwood, coach at Kendle snowsports club, leads a group of aspiring and licenced coaches who, whether 18 or 80, want to learn and be as good as they can be.

Sponsors for the UK Snowsports Coaching Conference 2017 were Rossignol, Solutions4Feet and Snozone.