Big Snow and Big Avalanche Risk In The Alps

Snow accumulations from the past five days of snowfall in the Alps has now reached up to 1.3m (in Chamonix), although for most resorts its between 30 and 70cm to date.

The snow is still falling across the Alps and indeed the forecasts continue to show big numbers for possible snowfall over the coming week – with 2-3m more predicted for some areas.  It seems that after the dry December we’re heading for a snowy January.

The northern and western Alps are getting the most snow with resorts reporting up to 45cm of fresh snow in 24 hours.

However resorts are warning skiers and boarders to stay on the groomed pistes for the time being at least as the avalanche risk off piste is very high – typically at 4 out of 5 on the danger scale.

It’s a little ironic after freeriders were unable to go off piste in December due to too little snow, now there’s too much.

Elsewhere in Europe there’s been heavy snow in Andorra and the Pyrenees too (Grandvalira yesterday below) and more snow in Scotland and Scandinavia – although Scottish areas still do not have quite enough to open.  Big snowfalls (up to two feet) are forecast for the Balkans (Bulgaria) and more for the Pyrenees too.

Across the Atlantic latest big ‘El Nino’ snowstorm has roiled in to western North America too and is currently ongoing. 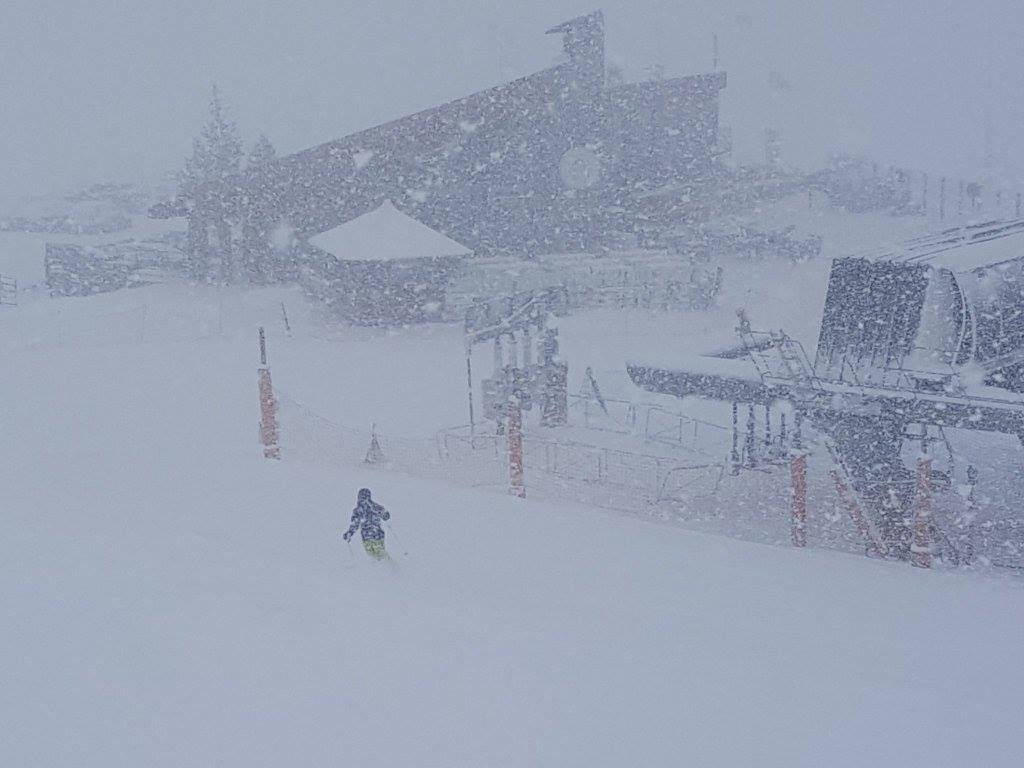