There’s a very common mistake that is all too easy to make, when wanting to book a ski trip to one of the world’s great ski areas.

We book into the main resort as it’s the best known.

But, if you really think about it, why do we?  We’re paying more than we need to, for a stay in some accommodation, that’s perhaps not as good as it could be elsewhere. All so we can stand in queues to rent our gear, to get on the lifts, even to get a seat in a restaurant simply because thousands of other people have done exactly the same thing as we have.

We don’t have to make that mistake.

Most of the world’s great ski areas have other resorts we can book in to.  Smaller satellite villages accessing the very same slopes but not so packed out with the skiing herd.  Indeed they’re often pretty quiet and more beautiful.

Isn’t ‘pretty quiet’ what we actually want?  No queue to get on the lift in the morning?  Next to empty slopes around our part of the huge ski area?  Restaurants you can just walk in to, sit down and get served?  All with no price premium because you’ve avoided the ‘name’ resort of the region.

It gets better. What if, whilst everyone else is queuing to get to the best slopes in the ski region from that crowded, well-known resort, you’re whizzing up there ahead of them? No lift queue and first tracks.  It doesn’t get much better than that!

A case in point is the Grand Rousses ski area in the French Alps.  The grand where? You might ask, unless you’re really clued up on your French ski regions.  In fact this is one of France’s and indeed the world’s biggest and best ski areas with 250km of piste, one of the planet’s biggest lift-served verticals (2,200 vertical metres of it in fact) and thanks to that huge vert, crowned by a snowsure glacier, the world’s longest black run, Sarenne.  You may know it better as the Alpe d’Huez ski area.

But there are some smaller, traditional villages perfectly connected to the Grandes Rousses ski area and accessing some of the region’s most famous ski runs more efficiently than for those trying to reach them from the big resort. 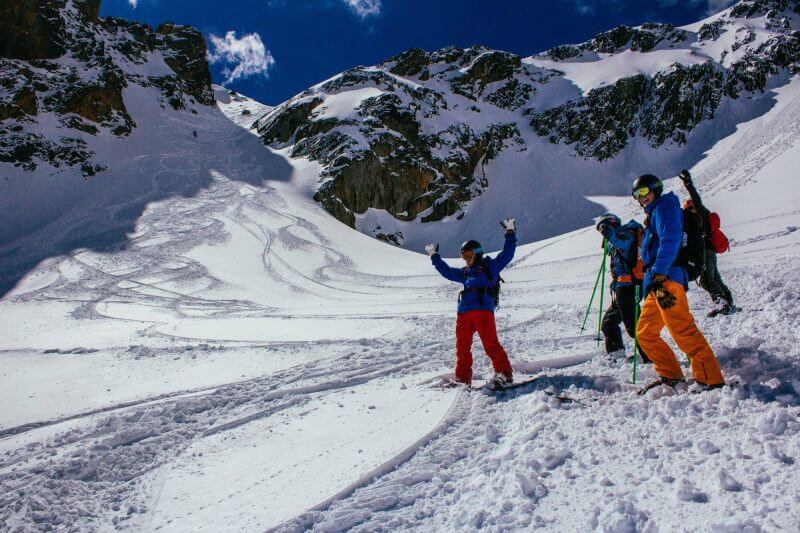 Best known is Vaujany, a charming, traditional mountain community which is exceptionally well-endowed with restaurants, leisure facilities and a few bars, whilst also having exceptional uplift capacity for the comparatively small number of skiers and boarders who actually stay here.

“Basically, the beauty of Vaujany is that it goes from 1250m to 2800m via the cable car and from there you can drop into anywhere in the whole resort,” explains Jamie of Ski Peak, a family-run business that has specialised in providing holidays in the resort for the past 30 years and, having struck gold when they first found the village, have never thought it worth moving anywhere else.

“The best bit is that during a normal week you just walk straight on to the cable car and minutes later you are at the top.  There is no waiting, no need to make your way across, as you do from some of the areas other smaller villages, it really couldn’t be easier,” Jamie continues, adding, “In fact I’m pretty sure that from Chalet Saskia up to the very top of the ski area up at 3,300 metres it’s quicker than staying in most chalets in Alpe d’Huez.”

Remarkably (considering the size of the village) that cable-car is one of the world’s biggest, capable of carrying 160 people in each cabin.  It also has one of the biggest ascents of any lift anywhere. 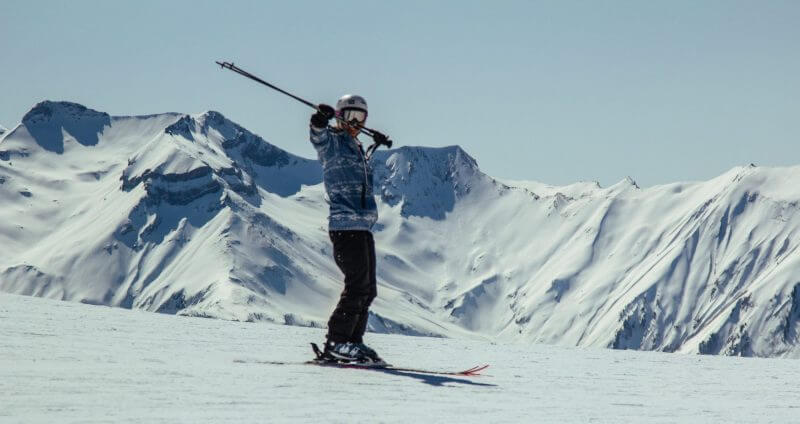 Whilst it’s nice to be able to feel smug about getting to the top of the slopes and perhaps heading off down one of the region’s famous slopes like Sarenne or indeed the highly testing Tunnel slope (recently rated one of the world’s 11 scariest slopes by the Daily Telegraph), many skiers find they end up spending a lot of their ski week on the local Montfrais slopes and lap the chair lifts as there are multiple routes down.

You can go as fast or slow as you like and not have to worry about people in front of you. It’s relaxing, lovely pistes in immaculate condition and the view is something else!

To finish the day; ski down the wonderful La Vaujaniatte slope and then walk back to your chalet  (staying in La Villette it’s only a five minute walk) or down the La Fare slope (if your legs can handle it) to then get a quick ride back in the area’s brand new Porsche-designed gondola to ride back to the Vaujany lift station. 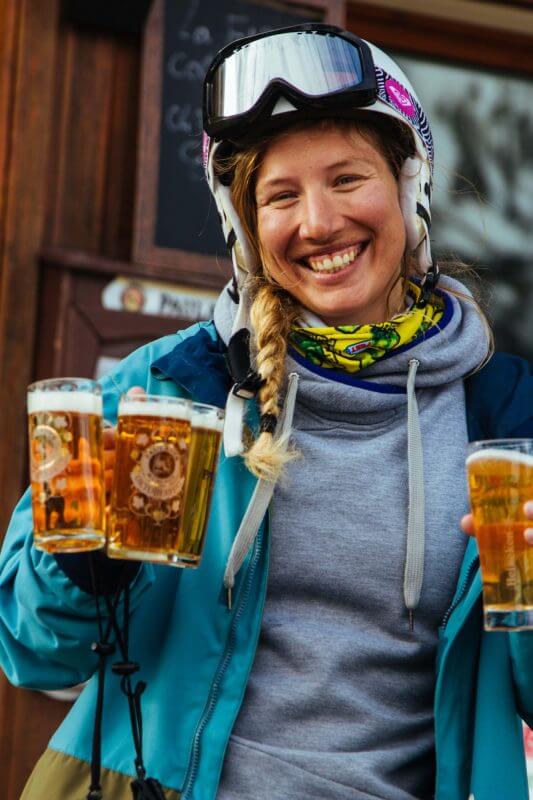 Once there, there are four great bars within a short two-minute walk of the lifts for a well-deserved après ski beer.

Of course Vaujany does not have as many bars, shops and restaurants as a big resort, but it does have more than enough to satisfy your holiday needs, and Ski Peak is famed for the fabulous food served up in its flagship, Chalet Saskia.

Facilities, again far better than you would expect for a village of its size, include a public swimming pool, gym, bowling alley and international sized ice-skating rink where the village puts on many events. If you’re in need of ski lessons, there’s a long-established ski school for adults and kids alike, or you can hire one of the great local independent instructors and private guides for an off-piste experience you’ll never forget.

So we come back to the beginning?  Should we keep making the mistake of booking in to the big name resorts when we can avoid the queues, probably spend less, have the slopes to ourselves and altogether have a better ski holiday,  much more like what we’d hope it would be, by booking the ultimate back door resort to access one of the world’s best ski areas. 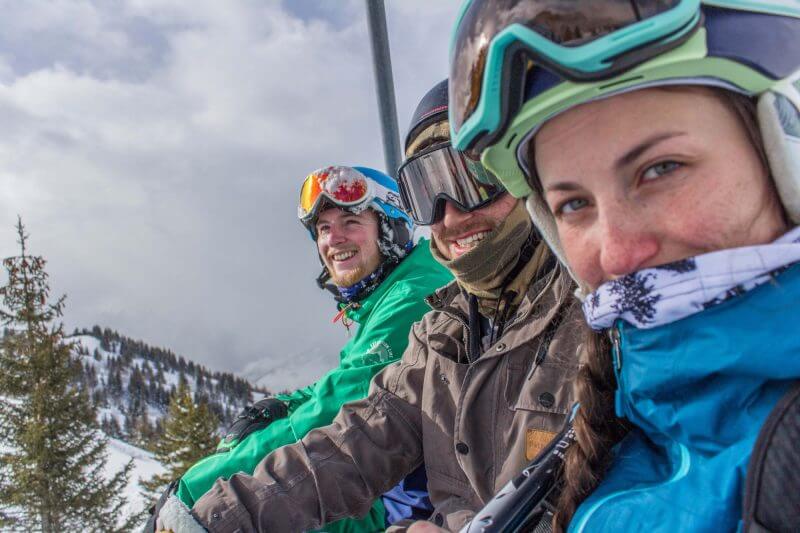