We spent 5 minutes with David Hasselhoff, or ‘the Hoff’ as he is more commonly known!

There was a lot of excitement on the first day of the Telegraph Ski & Snowboard Show thanks to the presence of a lot of stars from the snow sports world. However, the one man garnering the majority of the attention on Thursday afternoon was one you’d more likely associate with short shorts than snow sports; ‘The Hoff’ himself.

We were lucky enough to grab a few minutes of his time to ask some burning questions we felt needed answering!

If you could only ski in one resort for the rest of your life, which resort would you choose?

Well that’s a really good question! I like the smaller resorts that are family owned like Saalbach Hinterglemm, because if I go to Kitzbuhel or France or some place that’s really so well known, because of Knight Rider or Baywatch, no matter where I go, I wear my goggles and you just see a giant person, and they don’t know it’s me, and then I take these off and they’re like ‘woaaah’! But if I go to a smaller resort like Saalbach Hinterglemm where it’s family owned, they take really good care of you, so I love that. And there’s good skiing!

Austria is renowned for it’s après scene; what would be your ideal après ski activity?

[The Hoff laughs and points to beautiful fiancé Hayley Roberts] 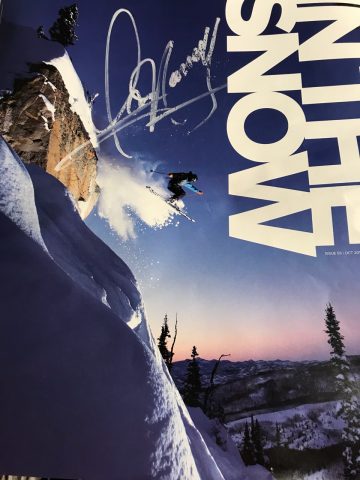 Finally, back in the day, what would your best chairlift chat up line be?

Apparently it works every time (if you’re the lead star of Knight Rider that is!)

The Hoff was at the Telegraph Ski & Snowboard Show as part of his new role as ‘Hero Hoff Snow’, ambassador for ski rental service ALPINRESORTS.com. Founded in 2006, ALPINRESORTS.com aim to make holidaymakers’ lives easier by offering great rates on online ski rental in a huge range of resorts, with inclusion of ski lockers near to lifts. 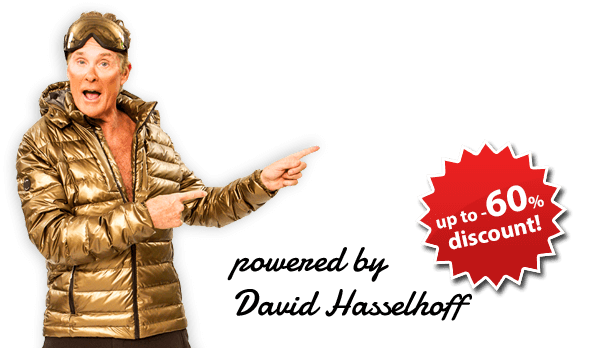 Their partnership with the Hoff came about due to his immense profile across Europe. It is undeniable that his is a face everybody knows, particularly across Europe; he is as famous in Germany and Austria as it is in the UK, having even performed at the fall of the Berlin Wall! As ALPINRESORTS.com operate across Europe, having such an instantly recognisable face in an ambassador is hugely beneficial to them. We look forward to seeing where this partnership will lead! If the queues to meet the Hoff at the ski show are anything to go by, we are sure it will be onwards and upwards!

Read more about the Hoff’s partnership with ALPINRESORTS.com here.

The UK’s Only Ski And Snowboard Festival Returns To London