You may not think you know him, but you have probably heard his name and almost certainly you’ll have skied in a resort that measured its slope’s length according to Christoph Schrahe’s formula.

Schrahe is the man behind the first accurate and universal measuring of ski-area piste length, using a proven formula and precise digital mapping. Currently most ski areas around the world use different measuring systems, and Schrahe’s research has revealed that they often exaggerate their stats.

Now Schrahe has launched an independent size verification “seal” for ski resorts via pistelength.com and has some big-name areas, including Kitzbühel, already signed up.

But Chris is also a long-standing ski journalist and has visited 461 ski resorts in 37 countries so far, writing for many magazines (including on his trip to Pakistan in this issue) and guidebooks, and also writing several books of his own since his first, Ski Weltweit (Ski Worldwide), was published in 1994.

Where have you most enjoyed skiing ?
The bumps on Rattler at Deer Valley allowed me to keep my rhythm from top to bottom; it felt like dancing down to the lift. The powder at Palandöken (Turkey) because nobody else skied this perfect stuff. I did every single track on a wide mountain face; it took me the whole day to ski it off. Dienten in Austria when my son was seven, staying at the same hotel that was run by the same family as 37 years before, when I went there for the first time. Although then there was just one run and a 300m surface lift; now there’s almost 100km of runs. 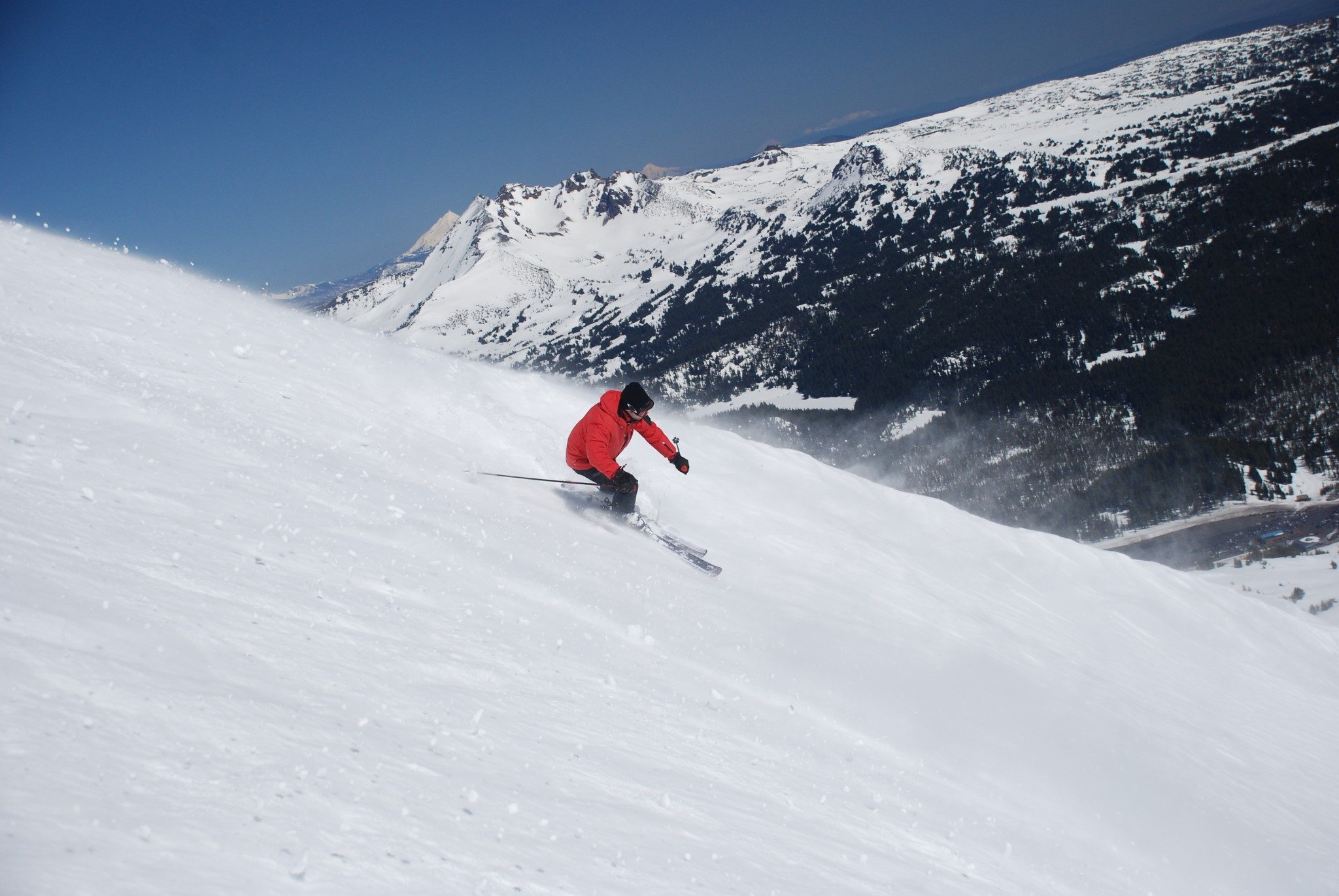 You’ve been to many unusual ski destinations. Which were the most interesting ?
Sky Resort, the first ski resort of Mongolia, in its first season, seeing how enthused people were about the arrival of skiing in their country. Lebanon with its vast open powder slopes just minutes away from sunny beaches, the best food in the world and passionate skiers who even made the then dangerous trip from Beirut to the resorts during the war.

You have a home snowmaking system in your suburban garden; how is it ?
The average season is 35 days, but the best winter had 68 days. But you have to take into account that I don’t make snow during the night because the neighbours complain, so I lose most of the best snowmaking hours. The natural vertical is a mere 88cm, but I create a ramp that adds almost another metre !

Do you think all ski areas will have to publish honest ski-area dimensions in the end ?
I don’t know. Currently it looks like France will follow a different approach with its recommendations than Austria and Switzerland, allowing ski areas to add 30% for turns, which is ridiculous. My seal of approval is heavily opposed by the national ski-areas associations. It seems that their recommendations are just a fig leaf and that there is no real interest in reducing fraud and treating customer care with the highest priority. Sadly it is just too tempting to be able to charge a lot more for a lift ticket based on a lie.