1 Metre April Snowfalls in the Alps

Huge snowfalls forecast for the Alps and Dolomites over the latter half of this week are starting to mount up.

Several resorts in France, Italy and Switzerland have reported up to 110cm (nearly four feet) in the past 48 hours, and some as much as a metre of new snow in the past 24 hours.

Italy’s Monterosa region (pictured top this morning), France’s Auron (pictured below) and Switzerland’s Bellwald have all reported a metre of fresh snow. 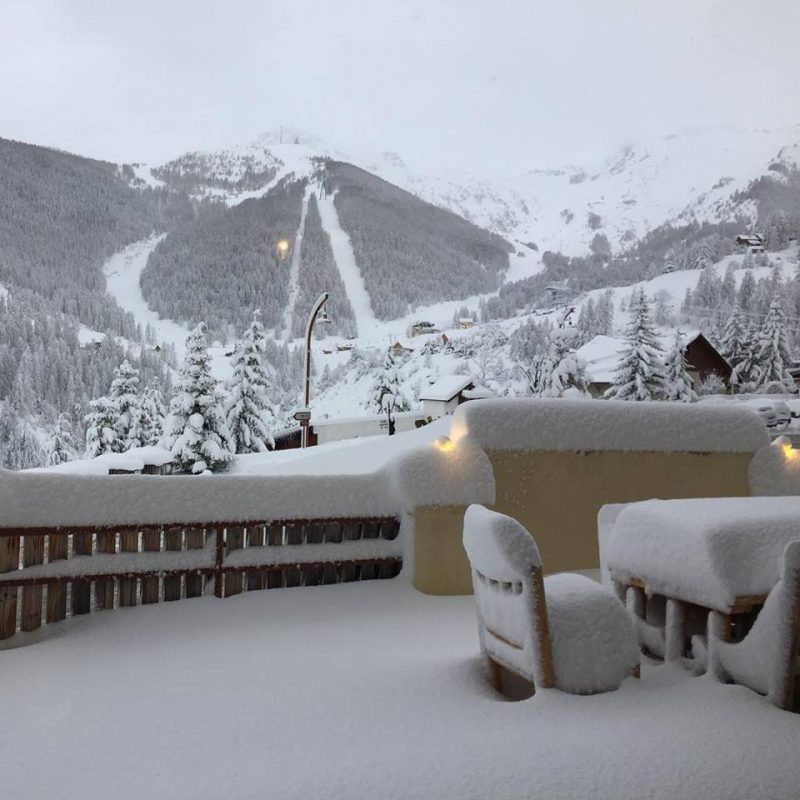 As a result of all the snow the avalanche danger for off-piste skiers has risen to very high (level 4 on the scale to 5) in many areas and some resorts are closed or only partially open at present whilst access is dug out and slopes made safe.

Gressoney in the Monterosa region along with La Grave in France, which reports 70cm of fresh snow yesterday, are among areas currently closed whilst made safe. A Statement from Monterosa said,

“With over a metre of fresh snow at 2700 meters, and 40-80cm in the valley, due to the strong avalanche danger (Grade 4 of 5) the lifts and the slopes will only open partially today.”

Many other ski areas have had at least 30cm (a foot) of snow with a sizable number including Andermatt, Cervinia, Les 2 Alpes, Serre Chevalier and Verbier reporting 60cm (two feet) or more in the past 24 hours.

It’s snowing hard in the Dolomites too, Arabba has reported 55cm so far in the past 24 hours.

Engelberg in Switzerland has reported 40cm of fresh snow so far and increased its already deepest base in the world stat from 5.3 to 5.7 metres.  It is unusual for the deepest base to keep continuing into April, usually it is starting to diminish due to spring thawing by then.

Our latest video snow report comes from Laax, Switzerland today, where the snow has not stopped falling since last night and up to 110cm is anticipated to have fallen by tomorrow morning.

The heavy snowfall is expected to continue through Thursday and Friday.

More US Resorts Announce Extended Ski Seasons To May and July