Welwyn Garden City’s dry ski slope at Gosling Sports Park is the latest in a line of English dry slopes which local councils have earmarked for closure in order to sell the land they’re on for housing to raise funds to cover costs.

It is not clear so far whether the slope’s closure is a certainty but its removal is currently part of a ‘local plan’ and the Welwyn Garden City slope has been under threat for some time with a petition in 2015 receiving 750 supporters when it was under threat as part of a proposed 1,400 home development.

“By our actions, we are demonstrating to the current Conservative-run council that this dry slope is a highly valued sporting facility, regularly used by children, schools, community groups, disability groups and an OAP group,” organiser Simon Godley told the local Welwyn Hatfield Times, adding “We understand the need for more housing, but not on this site and not at the expense of losing one of our key sporting facilities.

The news from Welwyn Garden City comes a few months after the Labour-run council in Exeter voted to close a long-established ski slope there in order to build houses, ignoring the same arguments put by Mr Godley coming from local skiers and boarders there.

However a plan to close the Brentwood slope last year was successfully fought off by skiers and boarders there. 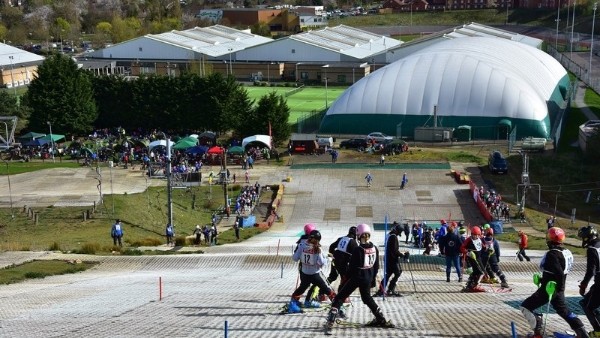