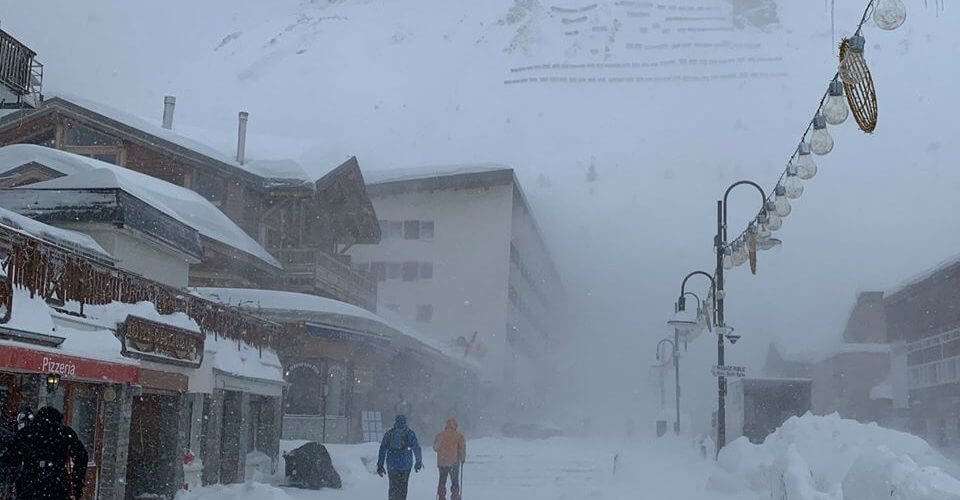 Tignes, Les Arcs and Orelle (Behind Val Thorens in the 3 Valleys) are amongst resorts to report more than a metre (40 inches) of snowfall between Friday and Monday after another snowy weekend in the Alps.

Up at Arc 2000 the metre of snowfall, more than half of which arrived in the past 24 hours, was car burying stuff… 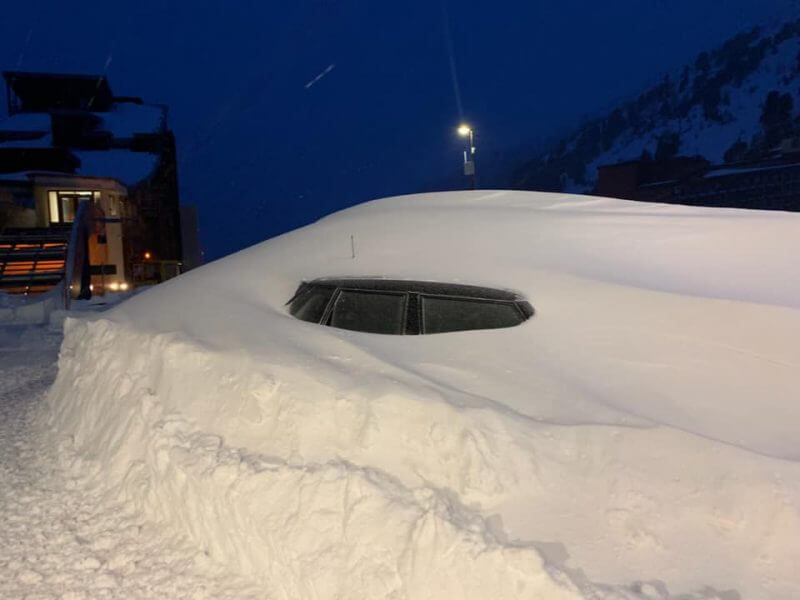 Resorts across the Alps as well as in the Dolomites and Pyrenees, have been publishing big snowfall totals, with many posting 40-60cm accumulations. Although lower valleys (down to about 1000 metres) have still got above freezing temperatures the snow has also been accumulating down to resort level at traditional village resorts, as well as at the purpose-built altitude, although conditions are still best high up.

The snow is expected to ease over the next few days and calmer weather should dominate from Christmas Day on, with temperatures rising a little, but another snow front, currently looking weaker than the current one, should arrive at the end of this week.

The snow has again been driven in on very strong winds, and in some places has been accompanied by relatively mild spells and occasional rain making it unstable and the off piste avalanche danger very high, although equally the groomed ruins are in great shape and ski areas are fully open once slopes are determined safe to open, so in most resorts it’s one of the best Christmas/New Year weeks in the alps in recent decades.