Following on from the success of opening the highest zip wire in Europe at 3230m in 2014, Val Thorens has spent another €1.2m on a new ‘zip line experience’, this time running above the resort itself.

Christened ‘The Bee’ the new activity is longer than the first zipwire at 1,800 metres long compared to the 1.3km long original and there are also dual cables, so two people can ride alongside each other.  The Bee is divided into three separate sections however. 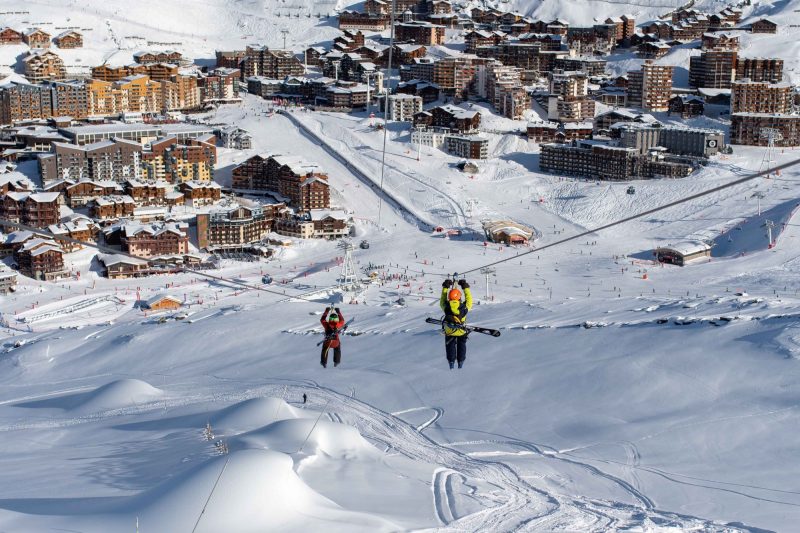 Altogether the new ziplines provide 200 metres of vertical descent, 65 metres above the ski slopes. Riders start from the top of the Moutière chairlift and land at the heart of Val Thorens Place Caron.

Open daily, accessible to skiers and pedestrians, offering average speeds of 65km and with the chance of a video souvenir filmed by GoPro, the ride costs €35 per person and is offered to over 14s only.

Events in March and April in Val Thorens