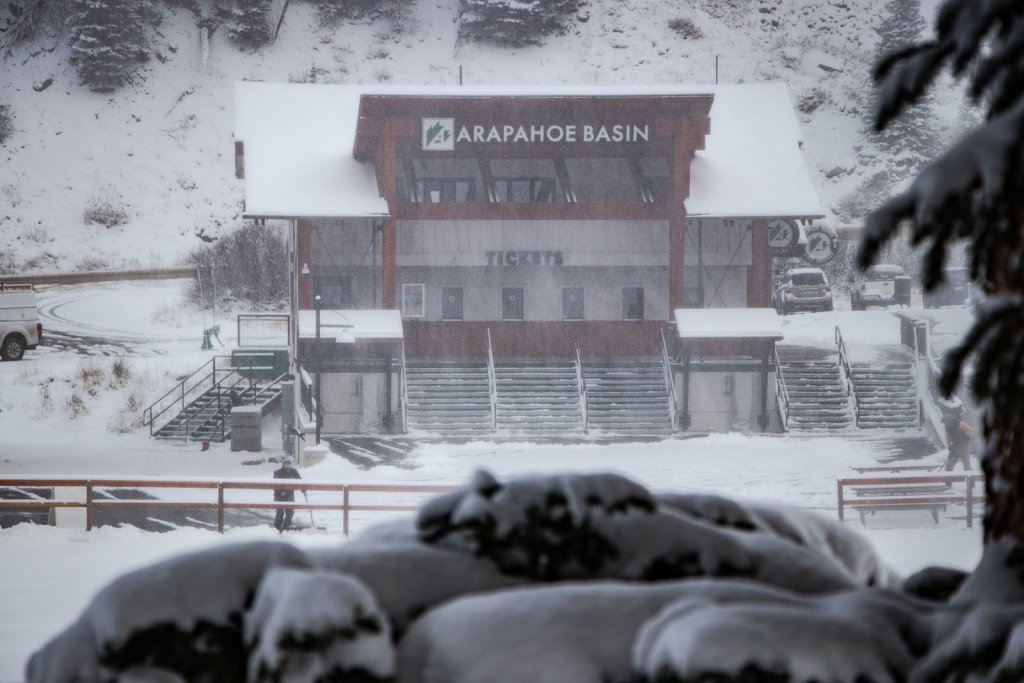 “Black Mountain Express will be running and skiers and riders can cruise High Noon. We just might have a few features in the Banana Terrain Park. These are exciting times. It is so fun to get chairlifts spinning again. I can’t wait to see all of your smiling faces on the hill,” said resort COO Alan Henceroth.

**** Update: Another Colorado ski area, Wolf Creek has announced it will open on Saturday 16th, a day before A Basin ****

After a long hot summer the past week has seen unusually cold temperatures and a big snowfall on the Rockies and other Western North American mountain ranges.

The areas in Utah are reporting some of the heaviest snowfall with Solitude saying yesterday that it had had 33 inches (83cm) of snowfall this week. 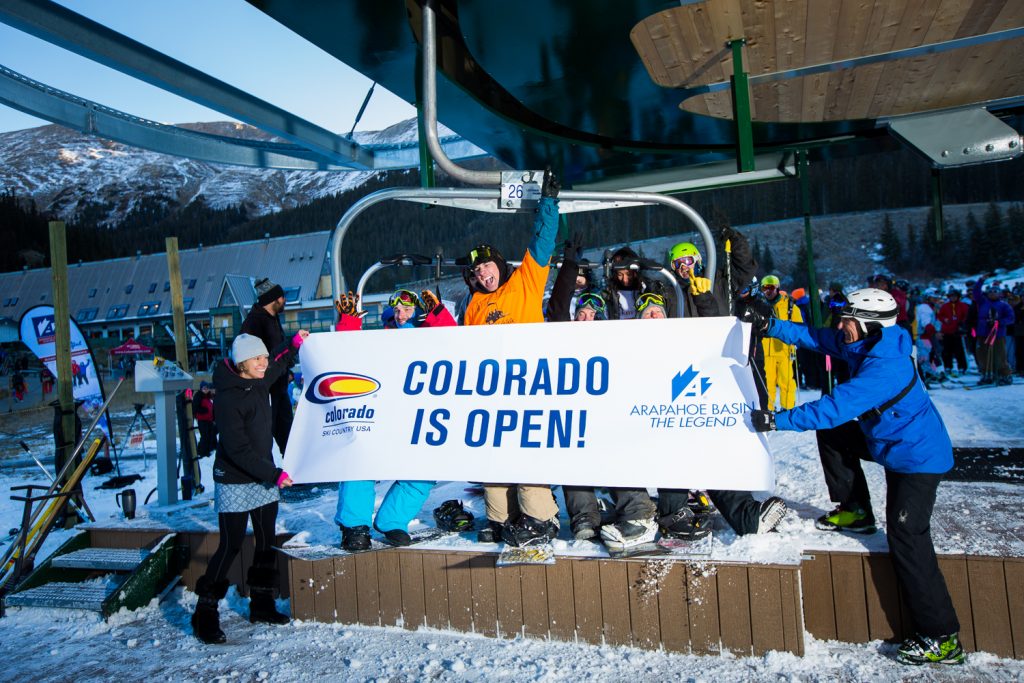 The main contenders to open in the next few days include fellow Colorado resorts Keystone which has announced that it is now snowmaking around the clock and Loveland which has had more than a foot (30cm) of snowfall, but with snow falling widely and cold weather for snowmaking there are many more contenders than usual this year.