The heavy snowfall in the Alps is continuing to mount up and two French ski areas, Tignes and Val Thorens, have both reported 80cm of fresh snow up high.

Tignes is already open for winter 2019-20 and the new snow has transformed conditions there, which were previously fairly marginal.  The resort is one of several to say it’s base has now gone through the metre mark for the first time since the previous winter levels thawed down below a metre in late spring/early summer.

Val Thorens, pictured top, is likely to be the next French area to open in just over a fortnight, it reports 40cm of fresh snow in resort and 80cm up high.

Many other resorts have reported between 30-60cm of fresh snowfall so far across the alps with more in the way through the coming week. This is arc 1950 at Les Arcs.

About 15 ski areas are already open in the Alps, mostly with glaciers.  The snow, sometimes accompanied by strong winds, has caused operational difficulties at times but also great powder conditions when the weather clears, as happened in Austria on Monday before more 20-40cm snowfalls overnight and today there.  Hintertux is pictured below this morning. 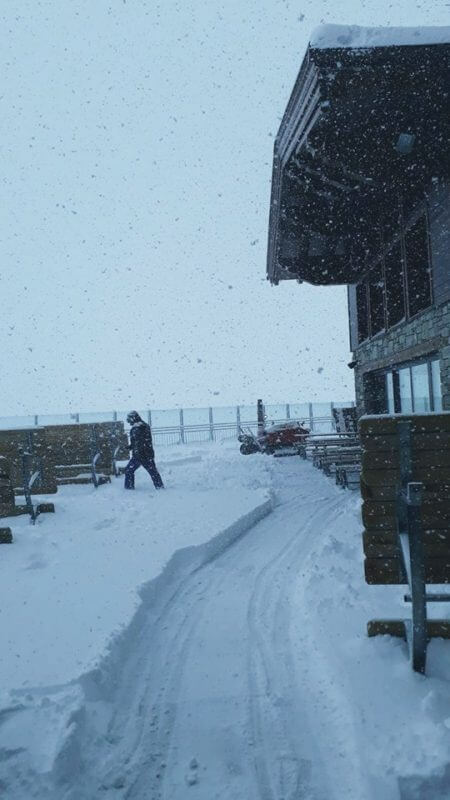