Snow clouds moving in to the Alps have so far deposited up to 30cm of fresh snow in the past 24 hours with most areas expecting at least as much again by Thursday.

Some of the first to report significant snowfall of 20-25cm have included Serre Chevalier, Les Arcs and Val d’Isere in France, La Thuile in Italy and Leukerbad and resorts in the Portes du Soleil in Switzerland.

Cervinia and Courmayeur in Italy have reported 30cm so far.  Val Thorens is pictured above (and below) this morning.

But forecasters expect 40-60cm (up to two feet) of snow for many in total by Thursday and some may sere as much as 90cm (three feet) of snow.

The Alps have had very little fresh snowfall since Christmas, although most major resorts are fully open with good on-piste conditions thanks to pre-Christmas base-building snowfalls and snowmaking tops ups. 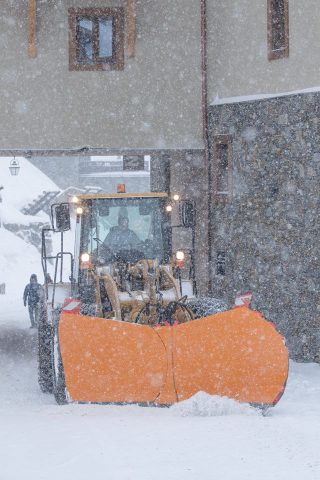 There was one snowfall the weekend before last when many areas got 20-40cm of snow but the weather has been predominantly dry and sunny thanks to dominant high pressure.

The current snowfall is being accompanied by strong winds on peaks and many areas have closed some or in a few cases all of their slopes for the time being.

The avalanche danger levels, most relevant to off piste skiers and boarders, has risen from a low 1-2 on the scale to 5 to level 3 (“considerable”) or 4 (“high”) in the snowiest areas.

Currently it looks like the snow will be heaviest in the Western and central Alps although there’ll be some further East, and that conditions will stay changeable through to the weekend. 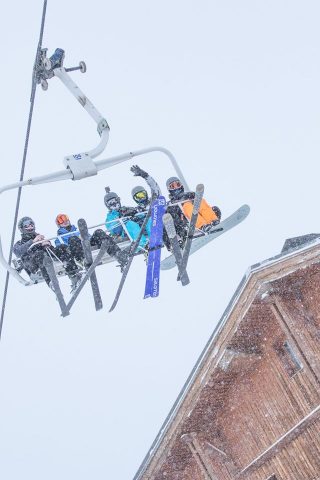