Recent media headlines have tended to give the impression that all or many British ski holiday companies have pulled out of organising December ski holidays, but, for now at least, that’s not the case.

The Hotelplan Group which owns Inghams and three smaller ski holiday brands have made the announcement of no December trips, and Interski, a company which specialises in group trips to Italy’s Aosta Valley has said it won’t offer ski holidays again until 21-22, but the UK’s biggest operator, Crystal, say they still hope to run December trips,

“As the current Government regulations in England are in place until 2 December, and our season kicks off with first flights departing on 12 December, all our ski holidays are still scheduled to operate as planned. We’re keeping a close eye on the situation and we will proactively contact customers, if their holidays are impacted, closer to the time of departure and offer them a range of flexible options,” a company statement reads.

“Essentially we won’t make any customers travel to a country if a quarantine is in place – they’ll have the option to cancel or amend their holiday,” a company spokesperson added.

A similar thing happened earlier in the autumn when Crystal pulled out of organising chalet-based holidays this winter and reports began circulating that other companies were doing the same, but that hasn’t proved to be the case. 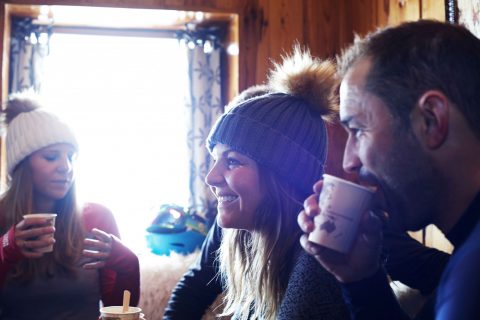 “With still a month to go until the start of the ski season, we’re working hard to remain flexible, so we can react to the ever-changing situation and take as many people to the mountains as we can. We know this can be unsettling for customers, so those with holidays this season also have the option to amend their holiday for free to a later date or future season,” the Crystal statement continues, concluding, “The safety and wellbeing of our customers and staff remains our highest priority.”

Managing the uncertainty of the current situation, both in the UK and The Alps, continues to challenge ski holiday companies, but most say they will still offer December ski holidays if they can.

“It’s undeniable that for a skier the prospects for Easter skiing right now are considerably better than December. However, this is a fast moving situation, and our view on December prospects would change very, very quickly if travel restrictions are lifted as expected at the beginning of the month, and a new testing regime and reduced quarantine requirement is introduced. If this happens we’d expect a late bookings surge for December, and our teams are ready to deal with this,” said Craig Burton, boss of specialist travel agency, Ski Solutions.

He added, “We have contacted all of our December departing clients offering them the opportunity to move to later dates in the season, or next winter. Most have taken us up on that, others want to wait and see for a little longer, and we are supporting them with that decision. We’re doing everything we can to help all of our clients get skiing on the dates they want, and are keeping a close eye on the situation. If we get the green light to travel, and resorts open as expected we will get skiers to the mountains.”