For us snow-obsessives, nothing rounds off a great day on the slopes better than an intense debate on the steepest ski slopes not to mention the biggest/longest/highest type ski area stat.

Most of them you can pretty much resolve, after a few rounds obviously, with hard stats you can find on your phones.

True, if we’re talking “biggest area in the world”, there are different ways of measuring, and different rules you might apply to your selection which could change the running order, but still, you can usually create some consensus so that everyone sleeps soundly.

But the steepest slope is more difficult to pin down. Firstly, are we talking groomed, marked runs or any descent? If the latter, do we include a vertical cliff jump or perhaps even an overhang so the gradient is inverted below you? Probably not or it gets a bit silly. That’s the separate “What’s the biggest-ever cliff jump?” debate after all (although if we’re going without a parachute, I’ll go for the late Jamie Pierre’s 78m drop at Grand Targhee in Wyoming in 2006). 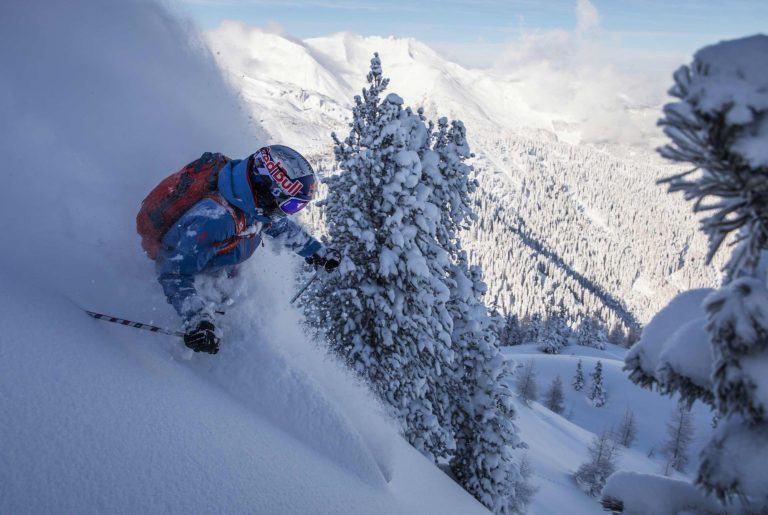 Next, we have the (surmountable but annoying) issue that some slopes are named with a percentage gradient – usually an impressive-sounding stat in the high 70s or 80s%, others in degrees, which works out at a less impressive-sounding number about half that of the percentage, but often as steep or steeper than the bigger number %. Forty-five degrees equals a 100% maximum gradient.

Another big area for disagreement is, are we talking about the average gradient of the entire slope or the steepest section?

The start of the new World Cup downhill course at St Moritz, which opened in 2003, for example, and has the descriptive name “Free Fall” 45 degrees (100%), but its average gradient, like all runs with very steep sections, is much less steep.

Similarly, the Grand Couloir above Courchevel often makes the steepest run lists online thanks to its 88% maximum gradient. 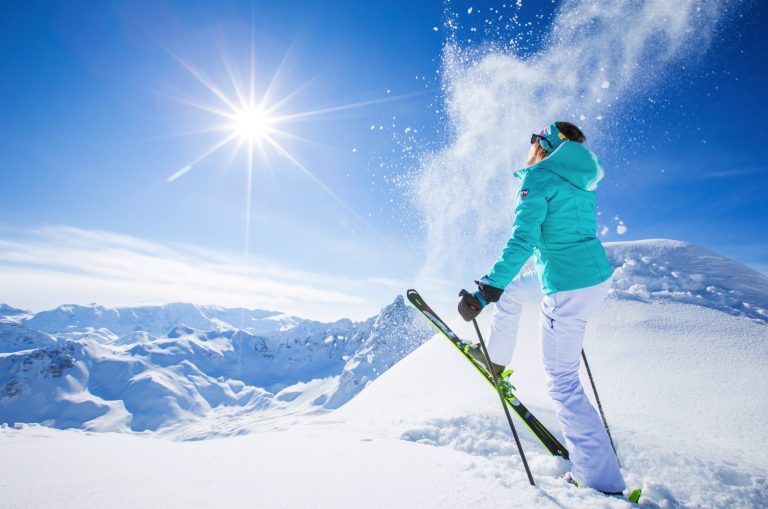 We can then get down to more petty considerations such as is the run groomable, usually by a “winch cat” – a piste-basher suspended by a metal cable to a concrete anchor point at the top of the slope, allowing it to groom without fear of sliding off down the mountain? Or is it ungroomed, like the infamous Wall run down the French/Swiss border in the Portes du Soleil region near Avoriaz, where massive moguls build, the downhill sides of which can again be near vertical … as well as icy.

At its steepest part, the Wall’s pitch is around 50°. Similarly, Tortin at Verbier is usually a vast mogul field that gets tougher and steeper as you descend.

Of course, slope conditions – fresh grippy snow or sheet ice – are a big factor in how easy it is to ski whatever the gradient. Anyone who has tried skiing the steep start of an iced-up World Cup downhill run, or just trying to stand up on one, knows that. The Streif course for Kitzbühel’s annual Hahnenkamm races is a good example of that:

“After hurtling down the 160m-long and 51% gradient “Starthang”, racers reach the “Mausefalle” in only 8.5 seconds. This is followed by the first jump, which is also the longest. Athletes fly distances of up to 80m over the steepest section of the Streif, which has an 85% gradient and where speeds accelerate up to 110/120kph. Before entering the “Steilhang”, the “Karussell” determines to a large extent between victory and defeat. Here, athletes are forced to endure centrifugal forces of 3.1g,” a Hahnenkamm spokesperson explained. 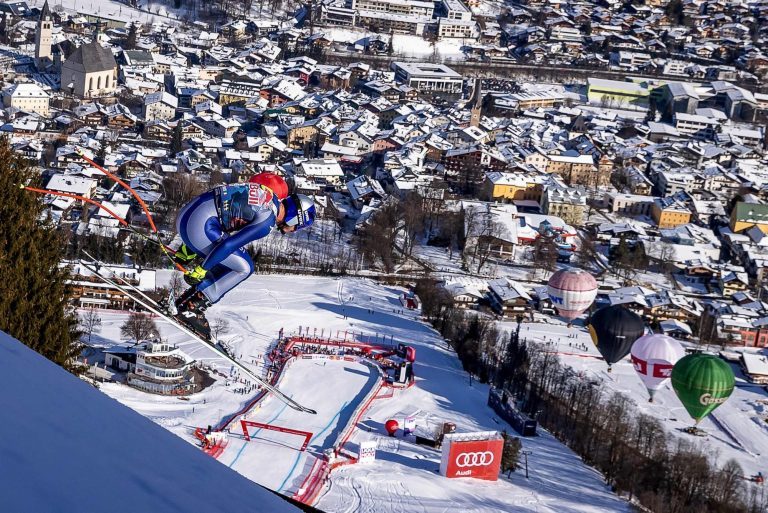 Other classic racecourses with particularly steep sections include the Kandahar at Garmisch in Germany with a maximum 92% pitch and the Lauberhorn at Wengen, which reaches 85%.

So after all that preamble and having got all my excuses in advance, which ARE the steepest slopes (from top to bottom)? Well, annoyingly the jury is still out really, but here are three of the top candidates:

There’s A LOT of disagreement as to the steepest slope in North America, but many of the candidates put forward by their supporters have solid gradient data to back the claims up. The ungroomed Black Hole is a gladed run with a 53°(133%) pitch and scattered with bumps, trees and rocky outcrops. It’s claimed that “Skiing down this run may give you a similar feeling of being sucked into a Black Hole.”

You could of course also build a case for Corbet’s Couloir at Jackson Hole (among plenty of other others), commencing as it does with a 6m free fall onto a 60° slope. But as with many, it does get a lot easier after that start (which has the added intimidation we haven’t mentioned yet – loads of people watching you drop in). 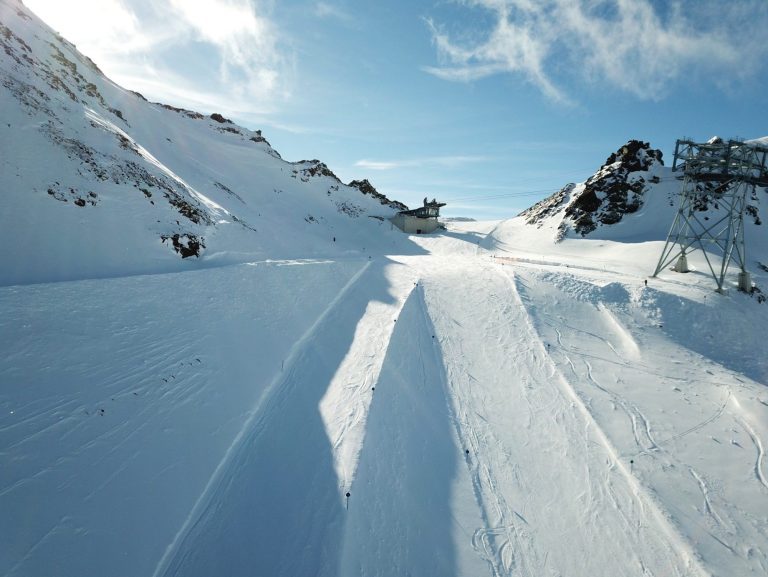 What may be the world’s steepest groomed ski run, with an average pitch of 41.3° (87.85% gradient), opened at the Austrian glacier ski area of Kaunertal on 22 February 2022, just weeks before the pandemic closed everything.

With its 78% gradient (37.95°), this has successfully embedded itself in popular culture as Austria’s/Europe’s/the world’s steepest groomed slope, a bit like a lot of people still think Ski Dubai is the biggest indoor snow centre in the world although there are now about a dozen bigger. Opinion, as in so many things, is divided as to how tough the slope is to ski.

Other steep Austrian slopes with intimidating titles include the Diabolo ski area in Montafon, which has a 70% slope, and Black Mamba at the Kitzsteinhorn glacier, which pitches at 63%.