The Truth About Skiing in Japan – All You Need To Know

However, it can also be scary – with over 500 ski resorts in Japan, planning a ski trip here can be intimidating, confusing and more than a little bewildering.

That’s why we’ve teamed up with the UK’s #1 Japan ski specialists, Different Snow, to sort the facts from the fiction and give you some straight answers about skiing in Japan.

Is the skiing (or snowboarding) in Japan really as good as you’ve heard?

The Japanese islands are affected by weather systems that skim the Sea of Japan on their way from the frozen land mass of Siberia. This results in some of the world’s most reliable and abundant snowfall, a predictable 12 to 18 metres every year that is kept chilled, crisp and fluffy by the cold temperatures.

Trust us on this one, no-one comes back from a ski or snowboarding holiday to Japan under-whelmed. Ever. 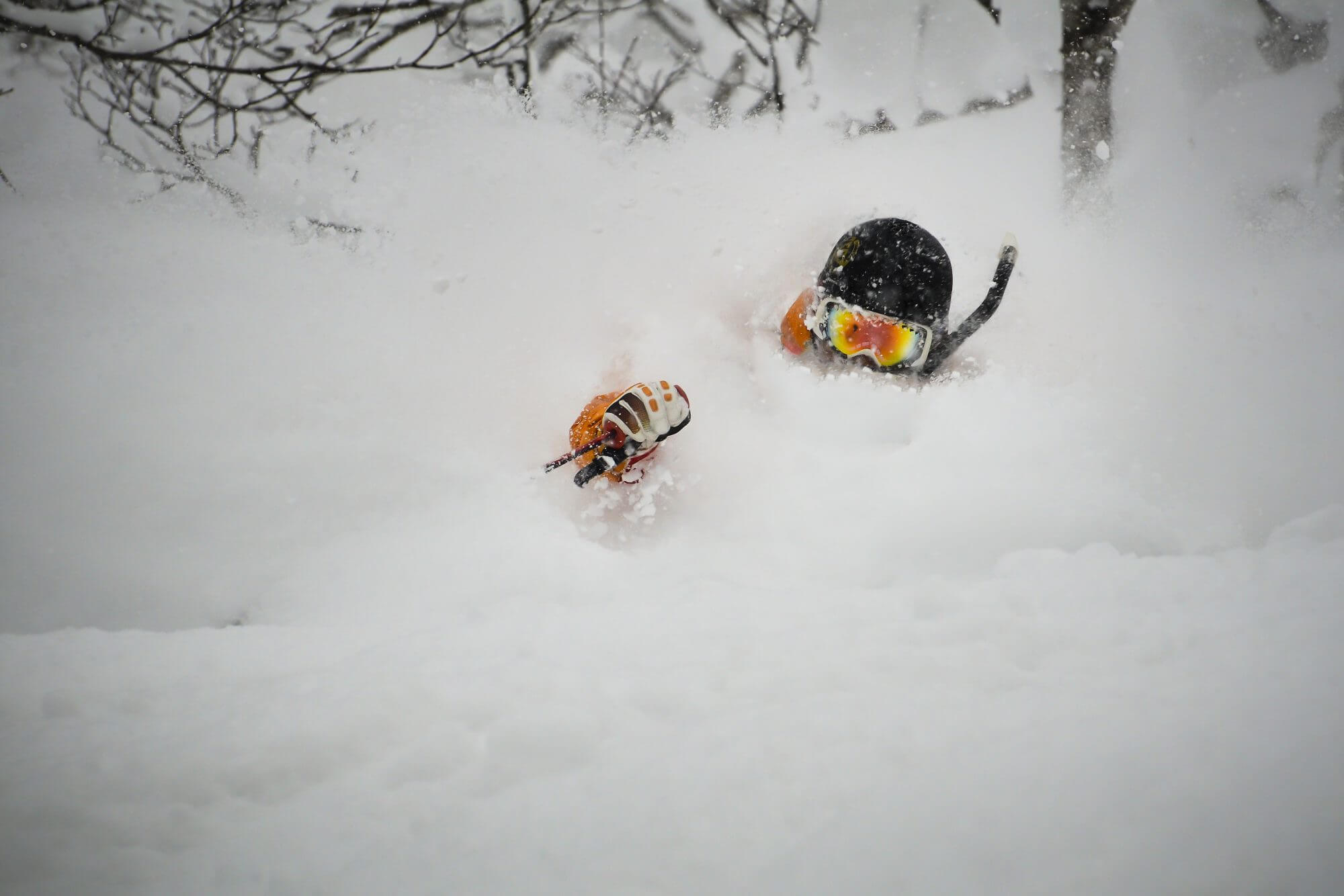 When Should You Go?

The ski season in Japan is broadly similar to the European season, but there are one or two additional factors to consider.

Pre-Christmas
In Japan, the snow usually begins to fall in late November/early December, so it’s often possible to get a great week’s skiing in before Christmas, from around the 16th of December.

Christmas & New Year
’Tis the season for reliable powder snow in most ski resorts! However, as in any ski destination, the Christmas period is very popular in Japan, with the major resorts experiencing huge demand and high season pricing. 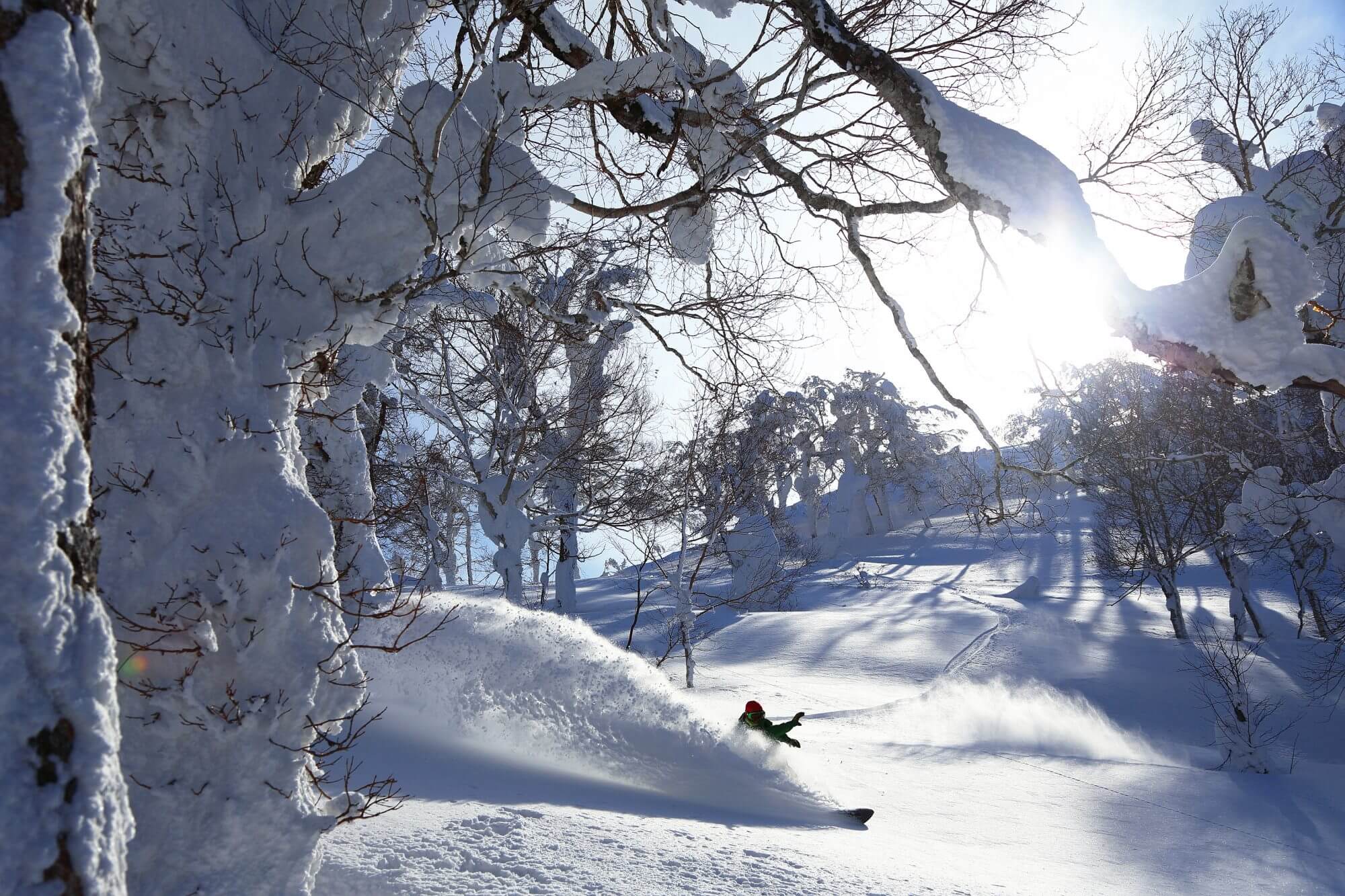 Chinese New Year
Whenever it falls (generally late January / early February), Chinese New Year is the week to avoid as most of Hong Kong, Singapore, Taiwan (to name a few) head to the Japanese ski resorts.  High prices and busy slopes are common, but so too are perfect skiing conditions, so If you have no option but to travel during this week you will still be sure to have a great time! Just be sure to book well in advance, prepare for lift queues and don’t expect any bargains.

February
Forget the super-crowded half term slopes of the Alps! Post-Chinese New Year, the snow continues to fall but the holiday hordes clear and the so-called ‘powder season’ truly begins, offering perfect off piste conditions. Resorts remain moderately busy, though few (if any) lift queues to contend with.

March
A lovely deep snowpack tends to develop by March, continually building with frequent snowfalls. But now, the otherwise overcast skies are more frequently interspersed with bluebird days. For us, March is our favourite time to be on the slopes in Japan – quieter slopes, great value and fantastic sunny skiing conditions.

Early/mid-April
April sees spring conditions combine with plenty of snow on the slopes. Beyond the ski resorts, the cherry blossom season grips Japan, a spectacular sight that is not to be missed. This is when the mainstream tourists choose to visit Japan (for very good reason!) so be aware that this can make accommodation more difficult to find, particularly if booking last minute. 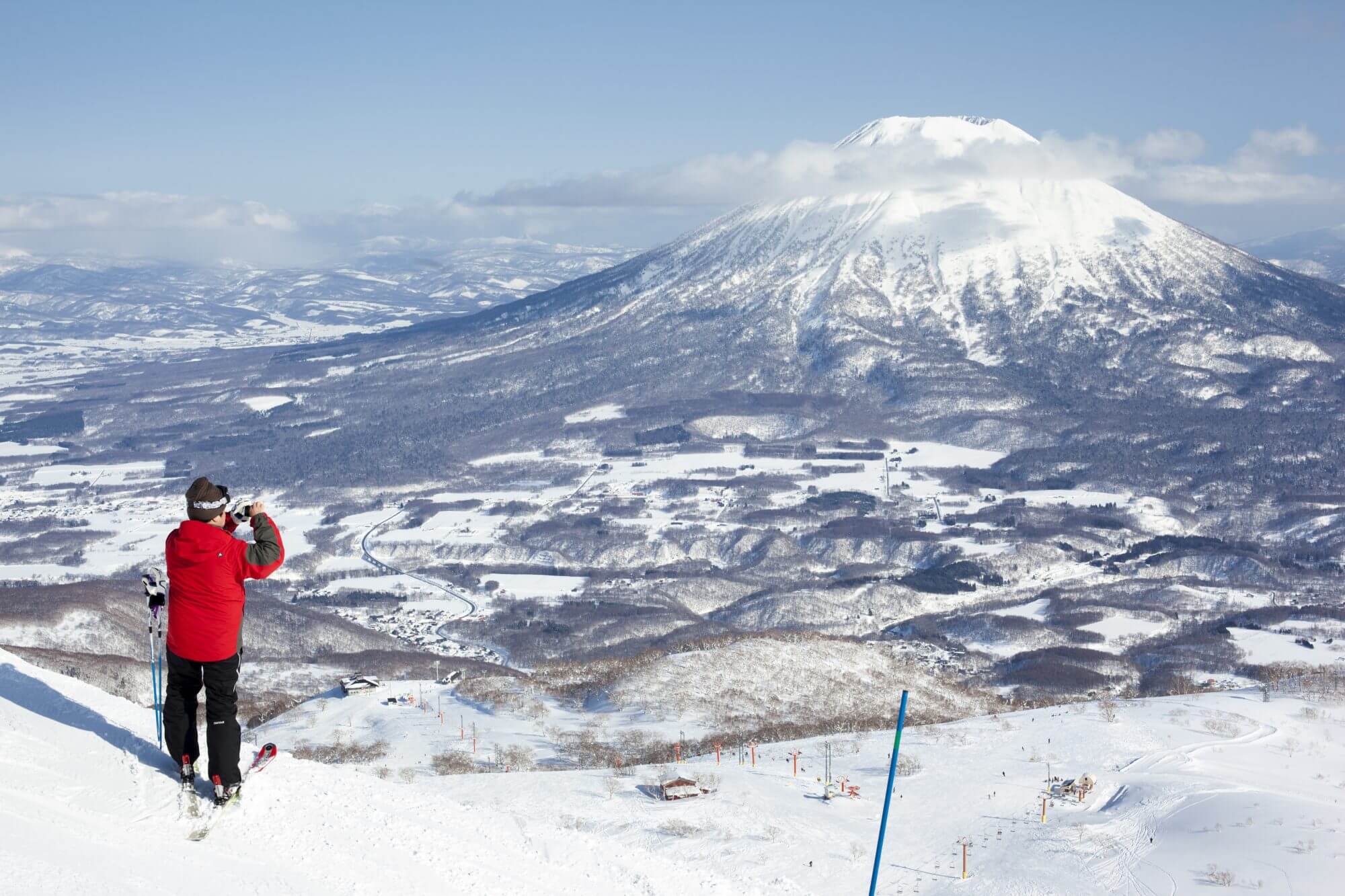 Should you stay on the Honshu Island (the main island) or head north to Hokkaido Island? Where do they get the most snow?

The simple answer? Both!

The fact is, Japan will be the best powder skiing experience you will ever have. Most resorts get dumped on with an average of 12-18 metres of snow per season, irrespective of whether you are on Honshu or Hokkaido. It falls with exuberant abundance, wherever you are.

Japan’s northernmost island is an internationally recognised winter playground. It can experience slightly colder temperatures than the rest of Japan, meaning that snow generally lies later in to the season here – important if you are travelling in the latter months.

Hokkaido is volcanic, rural and remote. National parks dominate the landscape, which is dotted with small towns and, in winter, blanketed with snow. Hokkaido is where you’ll find the larger, more (internationally) famous ski resorts such as Niseko.

The majestic Japanese Alps form the backbone of Japan’s main island and this is where you’ll find most of the country’s ski resorts, all of which are easily accessible from Tokyo and Kyoto.

While the high-profile Hokkaido resorts often get more international attention, the resorts in the Japanese Alps are every bit as impressive.

The varied topography of the Honshu mountains provides higher and generally steeper peaks than on Hokkaido, perfect for adventurous skiers.

Resorts here tend to be older, more traditional and offer more of an authentic Japanese experience, so it really depends what type of holiday you’re looking for.

While I’m Here, Should I Use This Trip to see More of Japan?

If you can, then you absolutely should. At Different Snow, we love everything about Japan and simply itch to share our passion. There are so many opportunities in Japan that you can easily combine with a ski holiday, including:

• Tokyo – the world’s most fascinating, energetic and futuristic capital city

• Snow monkeys bathing in the hot springs of Yudanaka Onsen

• Travelling at 180 mph on a bullet train, passing under the shadow of Mount Fuji

• Sipping warm sake, after bathing in a hot spring, in a traditional ryokan (Japanese inn)

And so much more…

How much will it cost?

Japan is not – and never will be – a cheap ski holiday. However, it need not necessarily be expensive.

The beauty of the tailor-made approach of a company such as Different Snow, is that we can work to your budget. It is rare we can’t achieve something – although we should point out that we can’t put together bargain-basement, low-cost Japan ski holidays.

To help you gauge some realistic expectations of likely costs, below are some real examples of tailor-made holidays Different Snow have put together. All of the following examples include international flights from the UK (economy class), and also include domestic flights within Japan if required.

£2,150 per person – a ten-day holiday, with one week skiing in Hakuba, and then a couple of days’ sightseeing in Tokyo. Modest, yet very decent accommodation, with lift passes, shared taxi transfers, and bullet train tickets included.

£2,880 per person – a two-week holiday during the February ‘powder season’, with time skiing in two resorts interspersed with several days in Tokyo & Kyoto. A good standard accommodation and a Japan Rail pass included.

£4,250 per person – a two-week holiday over Christmas or Chinese New Year, with five-star luxury slope-side accommodation and opulent hotels in Tokyo, Kyoto and elsewhere in Japan. Premium ski equipment hire and backcountry guides included when in-resort. Private English-speaking guides are provided in the cities and when touring Japan.

Why use Different Snow?

A tailor-made approach means that itineraries are planned around you, offering total flexibility on departure dates and duration of travel.

Will it be your best ski holiday ever? 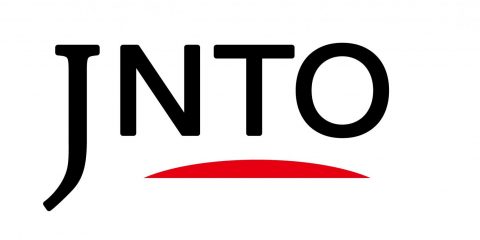 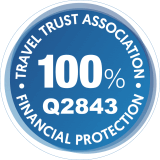