The Truth About Short Transfers

We spend all year working hard to get to the slopes, so the last thing we want to do when our ski holiday is finally here is to spend a frustratingly long time getting to those slopes.

If we’re going to get there fast, we want to fly from our closest UK airport to the nearest airport to our destination ski resort, and we want that resort to be just a short hop away.

All in all, it would be nice to be opening the door on our ski holiday bedroom somewhere between five and six hours after checking our bags in at our UK departure airport.

Alas, though, it’s not always as simple as finding a convenient flight and seeking out a resort that is, on paper, just an hour away or even less.

Anyone who has tried to travel to a French resort from Geneva on a busy Saturday will know the transfer time multiplies exponentially with the traffic caused by the tens of thousands of people trying to do the same.

If you travel with some tour operators, you can also find yourself booked on a transfer bus that doesn’t leave the airport for a while until other flights have arrived then goes around the houses before dropping you off. Again one hour on Google Maps can quickly become three or four in reality.

Then there’s the resort you choose to stay in. True, you may be able to get to your accommodation in an hour, but if it’s a daily half-hour battle to reach the slopes from there, is it really worth that quick transfer?

“Chamonix is barely an hour from Geneva, but once you are there, you are looking at 20+ minutes to get to and from the lift from most accommodations; plus you can’t really ski back into town at the end of the day, so when you add in lift queues, etc., from your door to putting your skis on is easily 40 mins. That’s over an hour every day, and that really adds up over a holiday,” says Dan Fox, boss of SkiWeekends, which specialises in getting people on the slopes fast.

He adds, “Whereas, if you go to Avoriaz in 85 minutes say, or Flaine in 75 minutes, you can genuinely stay within two to three minutes of putting your skis on, which is far less hassle and saves you loads of time.” 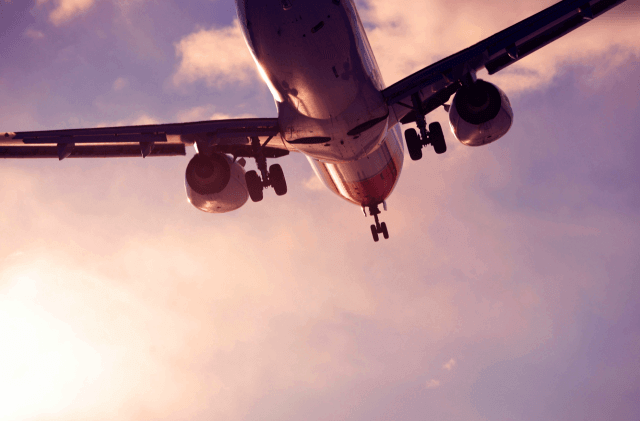 Eight Resorts You Can Reach Fast

Still largely undiscovered by the UK market, La Clusaz is a historic resort oozing ambience with a great, varied ski area of its own plus the regional Aravis pass that allows you to ski neighbouring areas to double the piste kilometres.

Boasting one of the world’s biggest lift-served verticals, accessed by some state-of-the-art high-speed lifts so you’re whisked to the top in no time, Engelberg also lays claim to one of the best powder snow records in the Alps and a season that lasts from October to June. In short, it’s a perfect choice for a fast snow fix. Zurich’s status as a major business airport means a great choice of flights from early morning to late night too.

Innsbruck, Austria – 15 minutes from the airport

Innsbruck is a great airport for fast access to dozens of ski areas in the Tirol, most of the big names between 60 and 90 minutes away. But you can have a city break in or near Innsbruck itself and bag the city’s regional lift pass which has been expanded this year to cover no less than 13 resorts in the area and public transport services to them.

After flying into Oslo’s main airport, a fast train whisks you to the city centre where you can hop on a tram up the mountain, passing the famous Holmenkollen ski jump to arrive on the slopes in less than an hour after going through security. It’s a great little ski area, beloved by the locals who often head up after work to ski there under the lights.

Europe’s most southerly major ski resort sits high above the ancient Moorish city of Granada, so close to the Med you can see Morocco from the top of the slopes on a clear day. It’s also a very short hop up from the city’s airport, and with plenty of accommodation next to the slopes you can be skiing in the Spanish sun in next to no time.

An all-new airport opens on the Norwegian–Swedish border this winter with one of the big selling points being its proximity to one of Scandinavia’s biggest resorts, Sälen. The only downside is you’ll need to be at Heathrow about 5am on Saturday to get the weekly direct SAS flight there, although on the upside you’ll miss the London traffic and be in resort by 10am local time ready to ski. If you can afford 45 minutes and about £400 there’s the option of a dog-sled transfer from the airport too.

We would really recommend flying to Scotland when the rail journey through the Highlands is so spectacular, and there’s the option of an overnight sleeper up the west coast mainline from Euston that gets you into Aviemore just before the lifts open, but you can fly to Inverness from half a dozen cities in the UK and three London airports. The Lecht and Nevis Ranges are only a little further away than Cairngorm.

While Dan Fox does argue against the logistics of getting to and from the slopes fast once you’ve got to Chamonix, there’s no denying you can get there quicker than almost any of the world’s top-flight resorts.

“I’d still include it in my list of great resorts for short transfers just because it’s amazing,” says Dan.