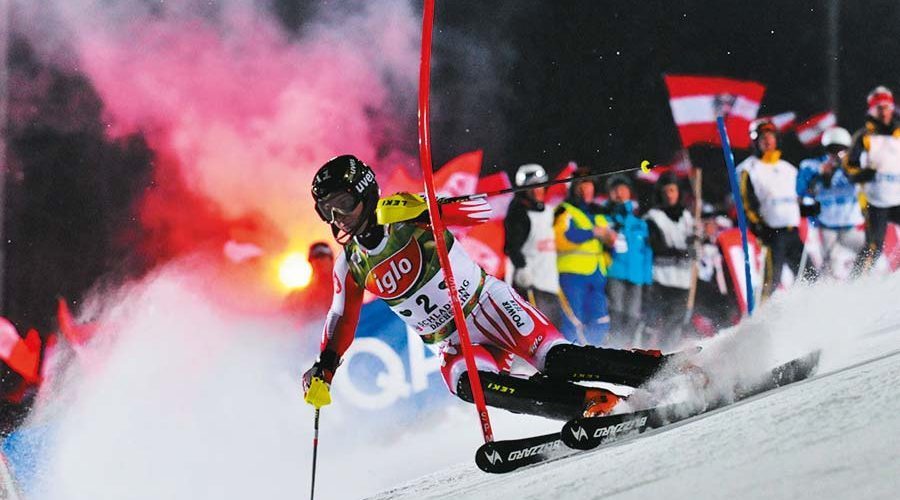 The Schladming World Championships Are Here

It’s the big one for 2012–13, the Alpine Ski World Championships get underway in Schladming, Austria, from 4–17 February – the biggest ski event for 2 years and, in reality, the curtain raiser for the 2014 Winter Olympics build-up, and now just over a year away in Sochi, Russia.

The World Championships take place every 2 years, and this is the 42nd time they’ve been staged, and it is the second time that this southern Austrian resort has held the contest,, previously hosting the Championships in 1982. The event will see around 650 athletes from 70 nations competing in the main downhill ski events.

British hopes are high for success at the Championships, with Chemmy Alcott back in competition, after her 2-year recuperation following an infamous Lake Louise crash in December 2010. Other senior team stars include Dougie Crawford and TJ Baldwin.

But regardless of how the competition goes, the good news for all of us is the ”legacy” of the Championships, just as it was (and is) for London and Vancouver.

Schladming and its neighbouring resorts are already some of the best equipped ski regions in the Alps, but a €400m (£336m) spend in the run-up to the games has left the area truly state-of-the-art for the coming years.

Nearly a quarter of the investment has gone on movements to ski runs, installing fast, comfortable lifts, and other infrastructure upgrades, while half the money has been spent on shiny new hotels and upgrades to existing accommodation.

“Improvements and construction projects worth around €97m have been completed on Schladming’s 4-mountain ski area (Planai, Hochwurzen, Reiteralm, Hauser-Kaibling), as well as on the smaller ski areas in the region so guests will definitely benefit now and later from our improvements,” said Michaela Lautischer of Schladming Dachstein Tourism.

There has been a particular emphasis on investing for the environment with green energy projects, and also to help make ski holidays better for disabled skiers with, again, excellent facilities now in place. With this in mind, Schladming has already been awarded the 2017 Winter Special Olympics, having first staged that event in 1993.

Of course, for the Championships, as with most major events these days, a few of the runs will be closed, but the core 4-mountain ski area – which includes 52 ski lifts and 117km of slopes (just part of a total 223km of piste and 113 lifts in the wider region) – will be fully open for the entire duration of the event. In fact, only half a dozen trails will be closed in the wider region, so visitors will be able to enjoy a full ski holiday, with the added excitement of the World Championships as a bonus.

“The vast majority of our hills (85%) will be available for the enjoyment of our skiing guests,” said Hermann Gruber, Managing Director of Schladming Dachstein Tourism.

Actually getting to the Championships is not quite as straightforward for Brits as it might be, because the big tour operators that usually offer holidays to Schladming throughout the ski season have been locked out for the duration of the Championships, so direct booking and independent travel are required.

Of course, it isn’t actually that difficult, there are flights from most UK airports with one or more airlines (including British Airways, Easyjet, Flybe, Jet2 and Ryanair) to Salzburg, and you can book a package through the official accommodation provider for the Championships (schladming-dachstein.at/en) – for example, B&B at a 3« hotel with a day pass to the Championships included from €119 (£100) based on two sharing.

“Currently we still offer rooms in any type of accommodation. Although it is rather difficult to find rooms just for one night for the weekend. We suggest that guests wanting to book a weekend room do so at the last minute,” added Gruber.

If you’re not in a hurry to actually see the Championships themselves, but would like to take advantage of that €400m spend, you can be on the slopes only a few days after it’s over when packages recommence, and those few closed runs will be re-opened so that you will be able to ski where the superstars did.

Crystal Ski (crystalski.co.uk), for example, offer a week’s stay half-board in the 4« Hotel Ferienalm, departing 2 March from London Gatwick, for £429pp including transfers (at time of going to press).