An hour long free-to-view film of the incredible ascent and ski-descent of the world’s second-highest mountain has been released by Red Bull to mark the second anniversary of the remarkable achievement.

K2: The Impossible Descent tells the story of Polish ski mountaineer Andrzej Bargiel’s world-first mission to ski from the peak of K2 down to base without support oxygen, and without removing his skis.

The new feature-length documentary on Red Bull TV reveals what happened behind the scenes of Polish ski mountaineer Andrzej Bargiel’s world-first mission.  The film can be watched here. 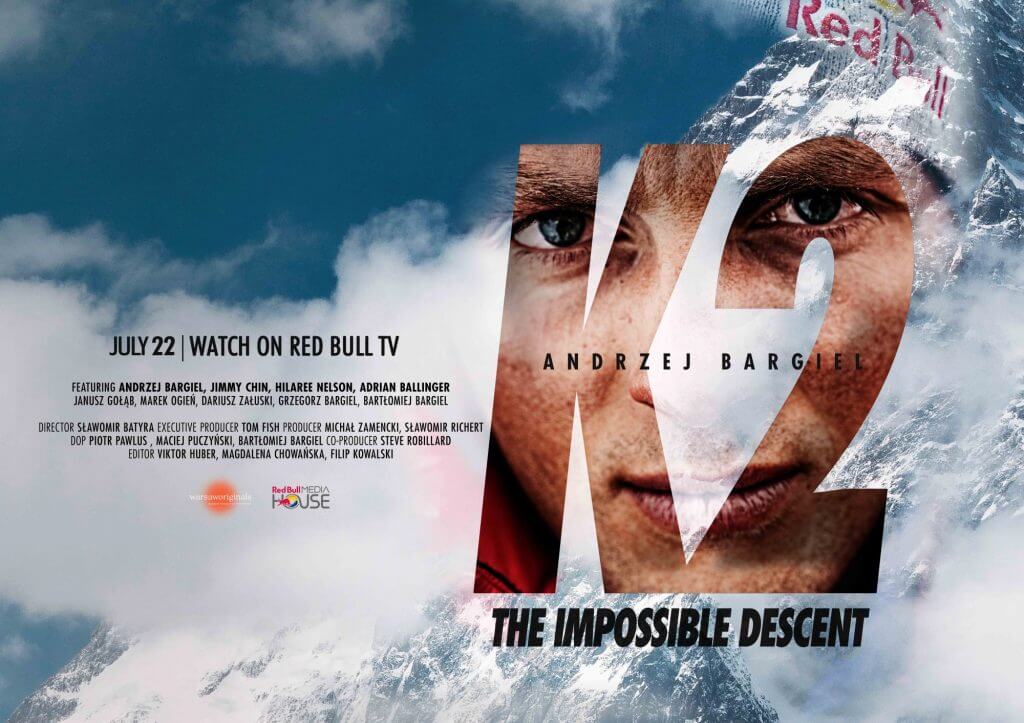 The ascent of K2 alone is an extraordinary achievement with one in four people who attempt it never returns. Generally regarded as more difficulty to climb and ski than Everest, previous unsuccessful attempts to ski it had ended in fatalities.

We reported on Bargiel’s achievement at the time.

We had also covered unsuccessful previous attempts by others.

The film follows Bargiel’s 60+ hour ascent up K2 without supplemental oxygen and his descent which involved skiing from the summit to the shoulder at 8,000m as quickly as possible to escape the notorious ‘death zone’, where the body is literally dying by the minute.

He then had to dodge ice falling at the speed of bullets to reach the treacherous Messner Traverse, a barely-climbed narrow route with deep caverns on either side, and on to the crevasse-filled Kukuczka-Piotrowski route back to base camp.

At the time, only Bargiel’s team – including his  brother Bartek – knew how perilously close the mission came to failure when his climbing partner Janusz Gołąb became sick. A drone flown by Andrzej’s brother Bartek was used to carry up emergency medical supplies that stabilised Gołąb and left Bargiel free to continue to the 8,611m summit.

That wasn’t the only drone rescue captured in ‘The Impossible Descent’, which details the extreme challenges of high-altitude ski mountaineering,

When British climber Rick Allen slipped from an ice cliff on the nearby Broad Peak, he was reported dead by his teammates, but spotted by Bartek who used the drone to guide the lost mountaineer back to safety. The drone came into play again, flying up to check the weather when clouds created a whiteout as Bargiel was attempting to pick his way through the technical descent.

“This terrain is really complicated, and you need to ‘read’ the mountain well,” said Bargiel. “Take a wrong turn and I could fall several hundred metres. To be in the right place at the right time, you need all the data.”

The story of this world first ski descent of the Himalayan mountain was made by Red Bull Media House. The film was Directed by Slawomir Batyra and its Executive Producers were Tom Fish and Michal Zamencki. Told from Bargiel and his team’s perspective, the film features added comments from experts including Free Solo film co-director and ski mountaineer Jimmy Chin.

Chin said: “There has been a generational shift in the use of technology to assist in doing very difficult objectives in the mountains. You want to use everything in your advantage to achieve your goal.” 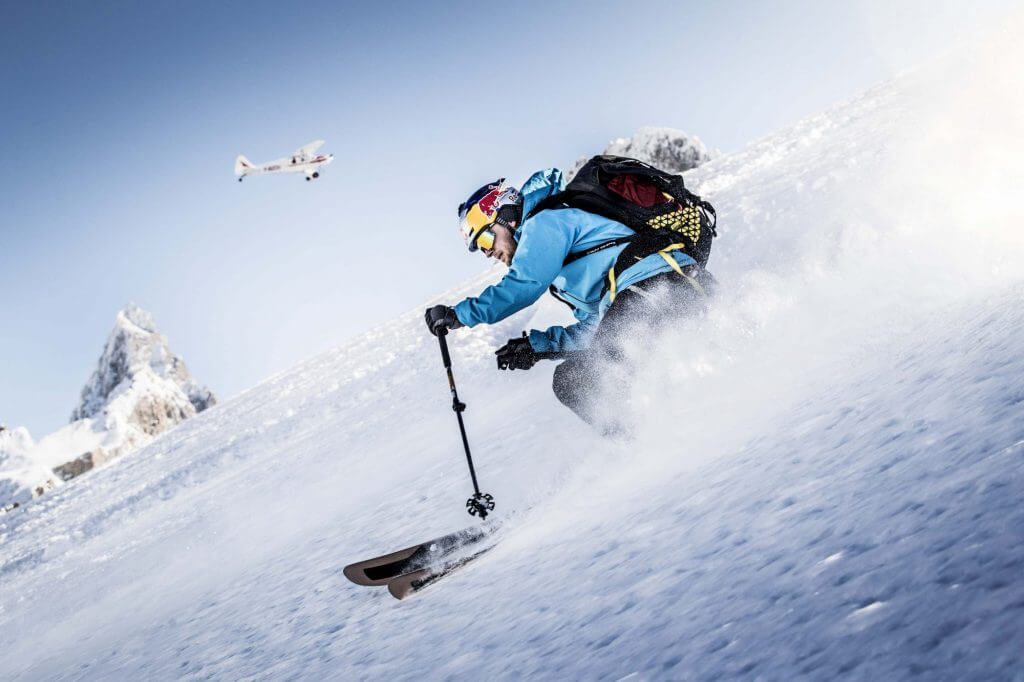