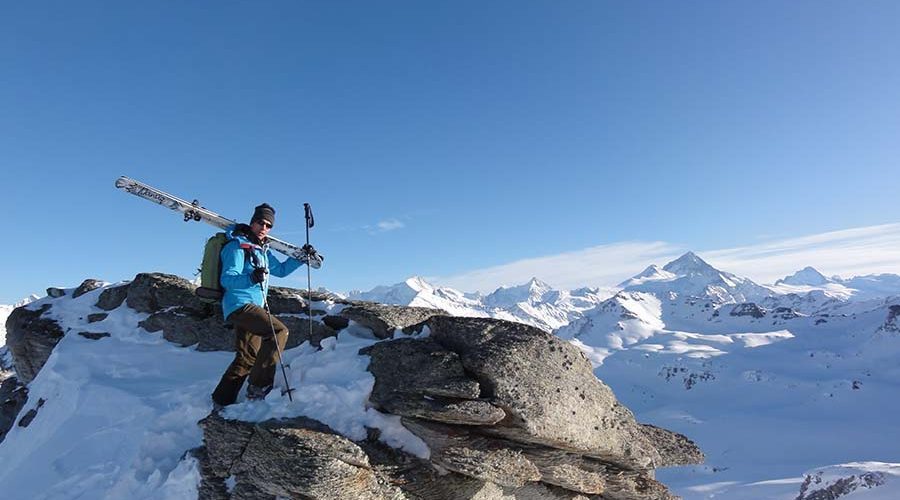 Switzerland’s Hidden Valley – But Not For Long

Change happens slowly in Alpine Switzerland, so it came as a great surprise when I heard not one, but two new linked ski areas will open this season. It will be the first time in 25 years that two resorts have linked, so for it to happen twice in one season is unheard of. A new chairlift will link the resorts of Arosa and Lenzerheide in Graubünden, whilst a rather bigger construction project will see the resorts of Grimentz and Zinal in the Val d’Anniviers valley become one.

As an obsessive skier, I booked myself a trip to 1000-year-old Grimentz, to see how the new link is going to impact not only the skiing, but also the resort.

It was in the 1930s that the first holiday home popped up in Grimentz. Its owner was a passionate hiker, who’d walked all over the Alps looking for the perfect location to build. He decided the Val d’Anniviers was the most beautiful of all the valleys. He chose a spot for his chalet – at the time 1km from the village – that allowed the best views of the Weisshorn and the Bernese Oberland, but also the most sunshine. Needless to say the locals thought him mad.

And first impressions show that little has really changed to Grimentz in the intervening years. The only real difference is that today chalets flank the mountainside, however, the village itself remains virtually untouched, with merely a handful of shops, restaurants and bars (plus one solitary “nightclub”) clustered among the narrow streets.

On the mountain, wide and perfectly-groomed pistes greeted me; and what felt like only me. The slopes were virtually deserted, and I’m told they so often are. The 29 December 2012 was a record day for skier numbers in Grimentz, and even then only 4700 people were on the slopes (to put it in context, larger Swiss resorts record four times that number).

However, things are likely to change in December when the giant new cable car opens its doors for the first time. Spanning 3.6km, and costing €26.8m (£22.7m) to construct, the two new cabins will be capable of transporting 825 passengers per hour.

But with change, come concerns, and some locals fear the connection will alter the soul of the village, whilst others have complained of the unsightly pylon that sits atop the opposite side of valley. And, naturally, there’ll be more tourists. But small resorts need to link and expand to survive – Super Saint-Bernard went bankrupt in 2009 – to compete with bigger name destinations.

For winter tourists, however, the lift is undoubtedly beneficial. Between them the resorts offer 105km of piste skiing, as well as some truly fantastic off-piste and freeride routes. The area may not currently top the chart in terms of skier numbers – but get your skates on: it’s destined for greatness.