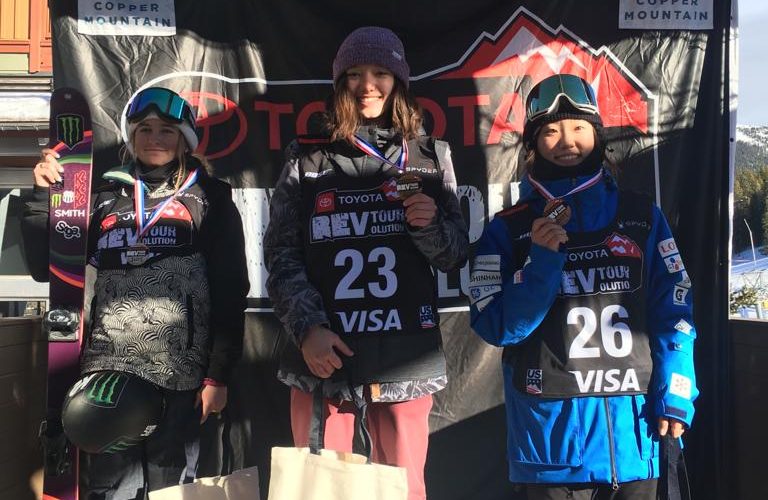 It is a pre-Christmas snowsport extravaganza with a swathe of competitions across Europe and North America with some breakthrough results highlighting a strong weekend for British athletes ahead of more World Cup action this week.

Andrew Musgrave and James Clugnet both had significant results during the World Cup stop in Davos over the weekend.

In Saturday’s sprint, Clugnet became just the third British skier (after Musgrave and Andrew Young) to progress pass the prologue and into the top-30 heats of a World Cup sprint event. The 22-year-old was 25th in qualifying, while Young (34th, +0.34s) and Musgrave (38th, +0.64s) were both less than a second away from progressing.

While Clugnet was unable to qualify through to the semi-finals, his 28th place is a career-best individual result which sets him up well for the rest of his first full World Cup season.

Musgrave also had his best-ever result in Davos over the weekend. The 28-year-old has been competing in World Cups at the Swiss venue since 2008 with his best previous result coming in a 30km race two years ago when he was 15th. However, Musgrave improved that by five places yesterday on his way to his first top 10 of the season, a strong result ahead of the Tour de Ski which starts on 29 December.

** Annika Taylor and Nichole Bathe were at the Scandinavian Cup in Oestersund, Sweden over the weekend with the best result coming in Sunday’s 10km free skate where Bathe finished 31st.

The final three weeks of 2018 are jampacked with alpine racing with an already-busy schedule becoming more stacked with rescheduled events.

In World Cups in Italy over the weekend, Jack Gower was 57th in the super G at Val Gardena on Friday, while on Saturday Charlie Raposo was clocking good splits until a mistake six gates from home cruelled his chance of a career-first flip to the top 30 or qualification into today’s parallel giant slalom.

Raposo will be back on action on Wednesday in Austria with the final giant slalom World Cup of the year at Saalbach-Hinterglemm. Slalom will take place the following day with Dave Ryding and Laurie Taylor featuring in the race which was originally slated for Val d’Isere before being cancelled and rescheduled.

Ryding and Taylor will then head quickly from Austria to Italy ahead of the final pre-Christmas World Cup at Madonna di Campiglio this Saturday. 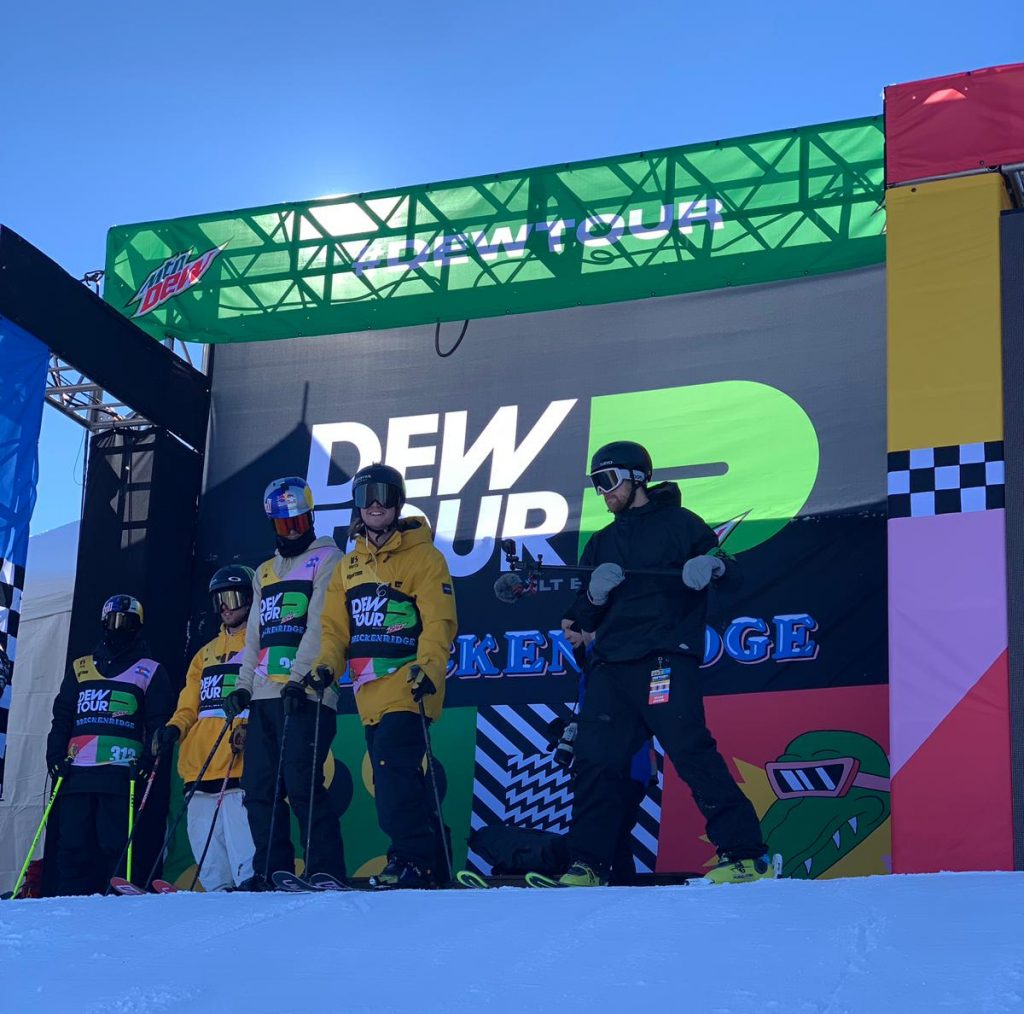 James Woods finished seventh at the Dew Tour on Saturday in a high-quality ski slopestyle event which featured most of the world’s best freeskiers.

Earlier in the week, Owen Pick (9th) and James Barnes-Miller (12th) also featured in the adaptive snowboard event in Colorado.

Meanwhile Zoe Atkin returned to Copper Mountain where she competed in her first-ever World Cup earlier this month to take on the field in the Rev Tour. The 15-year-old returned a pair of impressive halfpipe victories to take a commanding lead on the Nor-Am Cup standings.

Sixteen-year-old Connie Brogden also scored fifth and sixth place finishes to sit fourth overall. In the men’s halfpipe events, Sam Ward earned a top ten result on Saturday (8th) to go with his 14th on Friday. Teammate Sam Gaskin was 15th on both Friday and Saturday.

Makayla and Thomas Gerken Schofield achieved benchmark results when the moguls World Cup landed in China over the weekend.

A week after scoring her first-ever World Cup points, Makayla improved to 14th in the single moguls on Saturday before going even better to finish 12th in Sunday’s dual moguls.

Thomas missed out on World Cup points by the narrowest margin on Saturday after finishing 31st before a fantastic performance in the dual moguls on Sunday. After winning through the first two rounds, it took Olympic silver medallist Matt Graham (AUS) to oust the 20-year-old but not before he earned a career-best 11th place.

Max Willis scored World Cup points for his 26th in Saturday’s single moguls however both he and brother Wil were eliminated in the first round of Sunday’s event. 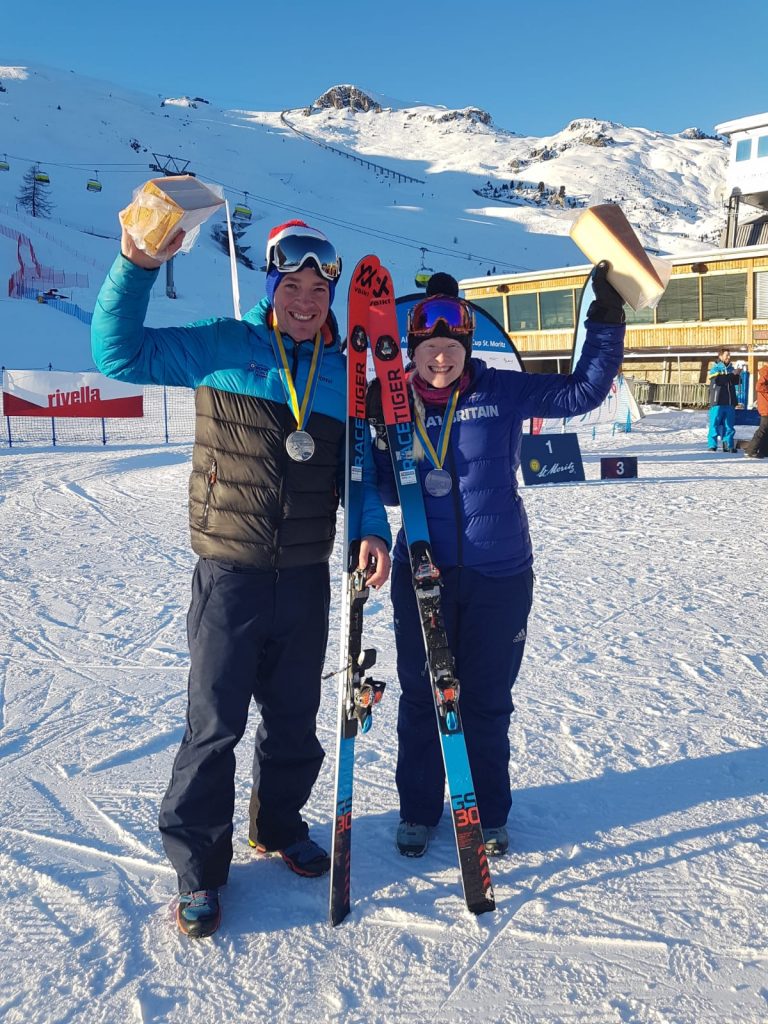 On Friday, Gallagher and Smith were once again victorious while Fitzpatrick and Kehoe stood on the podium again on Saturday for the second in the slalom.

The Europa Cup races were great preparation ahead of the season’s first World Cup in Sella Nevea, Italy from Wednesday to Friday.

The Ski Cross World Cup commenced yesterday with a rescheduled event kicking off in Arosa, Switzerland.

Unfortunately Ollie Davies and Emily Sarsfield were unable to move through from Sunday’s qualifying runs into tonight’s finals however their week is only getting started.

The Cross Alps Tour quickly moves on to Italy later this week with a pair of World Cup races in Innichen which starts with qualifying on Thursday.

Thursday also marks the start of the snowboard cross World Cup season which has been similarly disrupted by mother nature. Charlotte Bankes and Maisie Potter will be in Cervinia, Italy to open their campaigns which features qualifying on Thursday and head-to-head finals on Friday and Saturday.

** Faith Davie, Mathi Avent and Richard Goldworthy competed in ski cross FIS races in Kaabdalis, Sweden over the weekend and returned some impressive results. Goldworthy was second in both Saturday and Sunday’s races, Faith Davie and Avent also earned a podium place apiece. 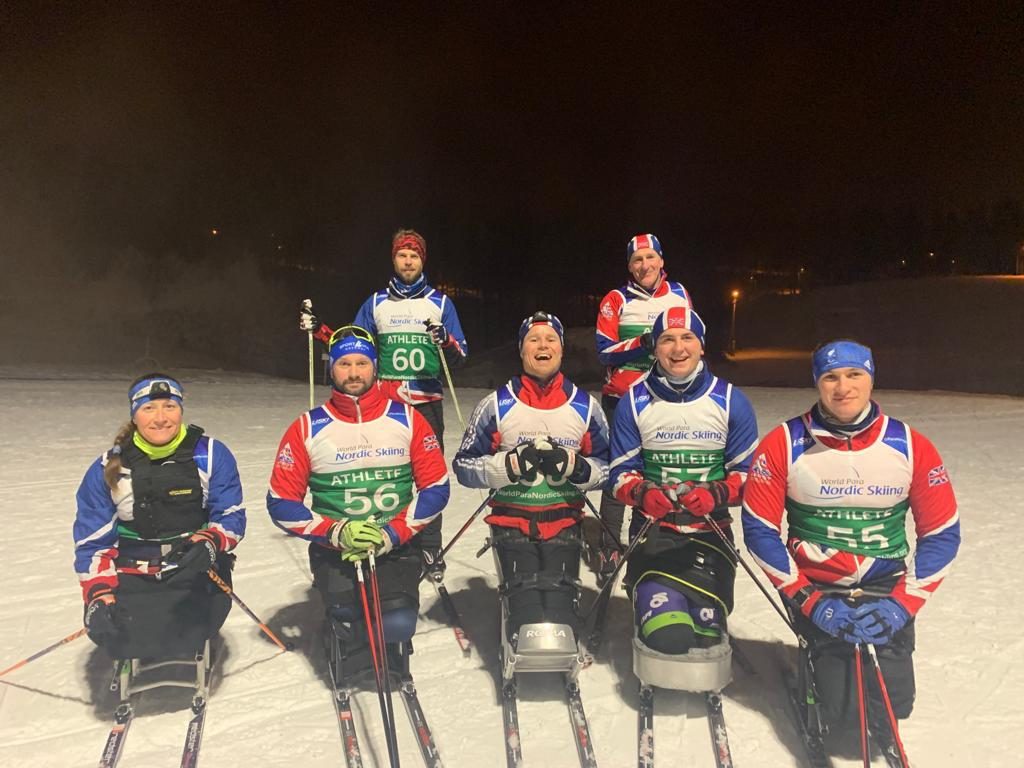 The opening Para Nordic World Cup of the season continues this week in Finland with both cross country and biathlon taking place.

Scott Meenagh has been the standout competitor so far, with impressive performances in the cross country races. The 2018 Paralympian’s best result came in yesterday’s sprint where he won through qualification to finish 10th after being eliminated in the semi-finals. He also earned 12th and 13th place finishes in the short and middle distance events earlier in the week.

Steve Arnold was 11th in Saturday’s middle distance biathlon which Meenagh was forced to miss due to an equipment problem shortly before racing. The pair have two more biathlon events to come over the next two days.

With a number of athletes racing at World Cup level for the first time it has been an important week for the British para nordic skiers with Rachel Morris, Steve Thomas, Callum Deboys, Terry Ahrens and Jonny Huntington also featuring across the cross country events.