Arapahoe Basin Ski Area in Colorado started its snowmaking effort in the early hours of this morning, its earliest start for 10 years. 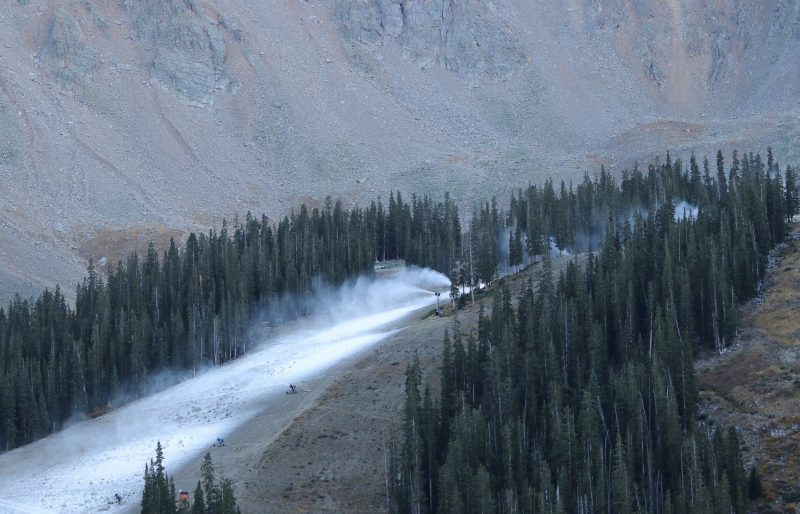 “Cold temps and low humidity made for an excellent first night of snowmaking up here. Our snowmaking team ran eight of our snowmaking guns in the early morning hours in the area around mid-mountain at the top of the High Noon trail,” said the resort’s Marketing and Communications Manager Adrienne Saia Isaac.

The resort is often the first in Colorado and north America to open each season, usually in the latter half of October, but snowmaking doesn’t usually begin until the first few days of October. 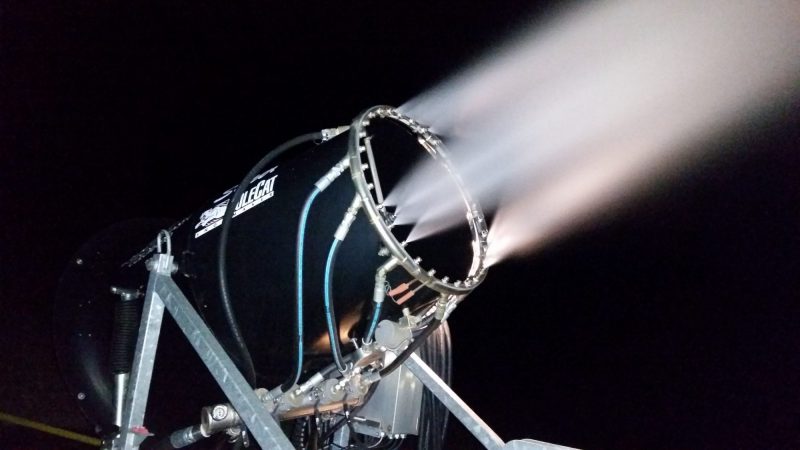 New this season, 100% of the energy used for A-Basin’s snowmaking system is coming from renewable solar energy.

“While we have approximately 25 total snow guns in our fleet, we only run the ones located where the temperatures are optimal so we can use our resources most efficiently,” continued Adrienne Saia Isaac.

Weather forecasts currently indicate a small chance of natural snowfalls in the area next week.  The area also reported natural snowfall on September 5th (pictured below).

Another high altitude Colorado ski area, Loveland, has been running a ‘countdown to snowmaking start’ clock through September which shows snowmaking scheduled to start there on September 28th. 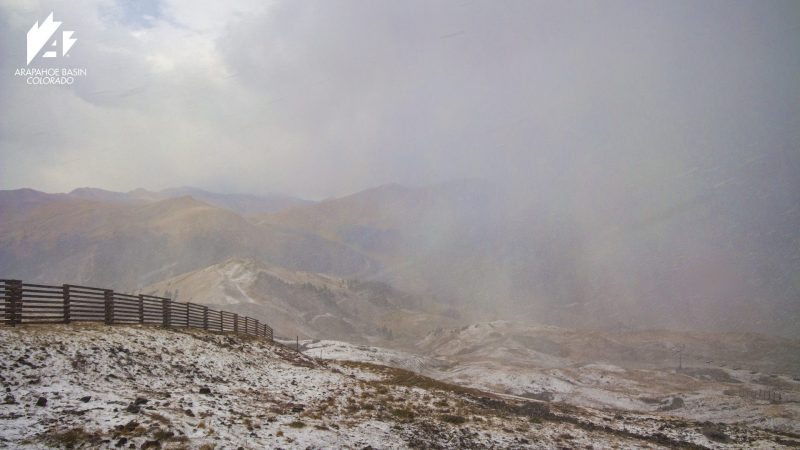