Skier Beats 1300 Others To Win Dream Job in Alaska

A Spanish fireman and keen skier named Iñigo Ruiz de Gauna Merino has been announced winner of a worldwide competition to get the chance to fly to Alaska for a week in March in order to carry the skis of pro skier Matilda Rapaport when she competes in the Alaska leg of the World Freeride Tour.

The competition was organised by Peak Performance who sponsor both Matilda Rapaport and the World Freeride Tour and asked applicants to submit application videos for the ‘radical job.’

Over 1300 applied but Peak Performance and Matilda Rapaport eventually chose 30-year-old Iñigo Ruiz de Gauna Merino from Bilbao, Spain, who they felt created the most inspiring post and also possessed all the qualifications required for the job which runs from March 15-23.
“Looking at the application from Iñigo Ruiz de Gauna Merino still makes us laugh even though we have seen it around a hundred times. He has put a lot of work into the details, something Matilda will appreciate in a critical situation. In life skiing is Iñigos biggest passion and he has been on snow since he was three. His profession today is as a firefighter, but he also works as a ski instructor for the Winter Sports Federation of Biscay. All in all we are very confident that Iñigo will do a great job!” a statement from the competition jury reads.

Matilda called Mr. Ruiz de Gauna in person on her way to Canada and the message made him speechless. Later he expressed his feeling like this:
“YIHAAAAAAAA! I´m really excited…Now that I have been confirmed as the choice for the Radical job I must confess that I’ve hardly slept during the past days since I knew I was one of the five remaining applicants. I still can’t believe I have gotten the job and that I´ll be in Alaska with a friend skiing with Matilda next month. So shocked…Thank you!!”

“This has been really fun. I am so impressed by the many great applications that have been uploaded. From the bottom of my heart I like to express THANK YOU to everyone out there that have engaged themselves in this project, and to all of you that did not yet check it out – Take a look at #radicaljob at Instagram!” Matilda commented. 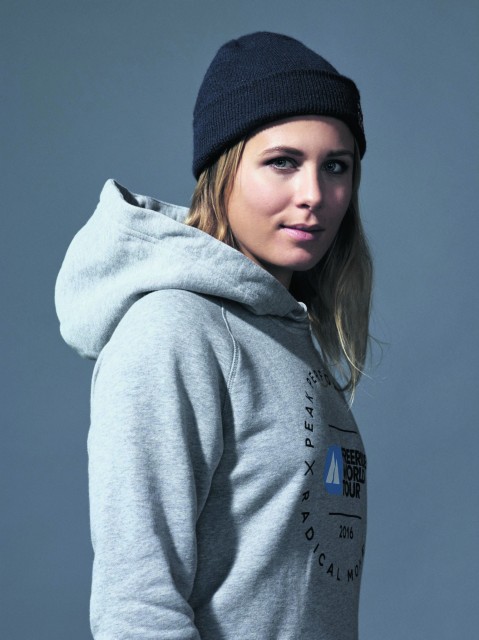 “There are so many fantastic and creative applications that it took the jury two weeks to come to a final decision. In the end we all agreed that Iñigo Ruiz de Gauna Merino is the one for the job. His application proves his determination to make it to the top and him being a fire fighter back home in Spain and a good skier makes us even more convinced that he will be just perfect,” Anders Norin, sponsoring manager at Peak Performance added.

A Skier Knows – Perspective From The Wilderness