Ski areas are starting to re-open this morning following the passage of storm Eleanor which brought reported winds of up to 148km per hour (93 mph).

Heavy snow has been falling in many areas through the night after widespread torrential rain yesterday and it continues to fall heavily whilst winds remain strong.

Many roads have been closed by avalanches and land slips and the avalanche danger is at the maximum level 5 for extremely high on a scale of 5. 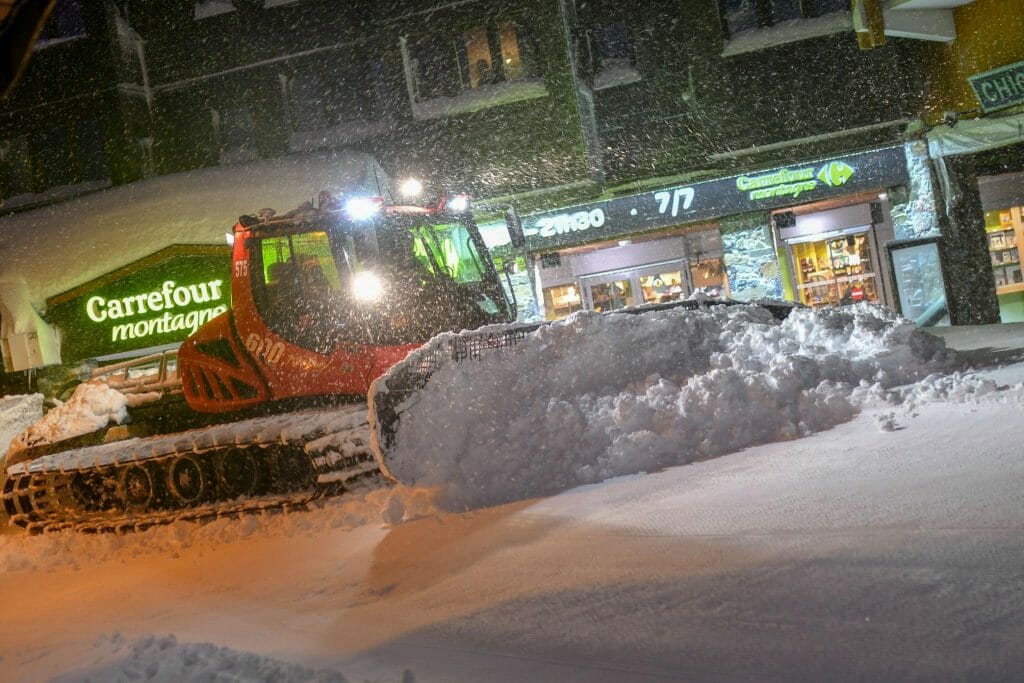 A skier is reported to have been killed by a falling tree at Morillon in the Grand Massif area yesterday.

So the advice is to remain extremely vigilant if you’re in the mountains.

The biggest reported snowfall of the past 24 hours is a metre at Nax in Switzerland, Grimentz has had 70cm and there’s been 50cm at Tignes and Zermatt.

Val Thorens, which has been one of the hardest hit by the storm with access roads closed, emergency accommodation offered and an effective curfew overnight said people could leave their accommodation from 10.30am this morning and that the ski lift company plans to open the Cascade and Plein Sud chairlifts and that the magic carpets are already open.

Other resorts that were completely closed yesterday, such as Avoriaz, are also opening limited terrain close to the resort that’s not exposed to the wind or avalanche danger.