A brilliant first run in the final saw freestyle skier Kirsty Muir claim fourth place and just miss out on bronze in the women’s slopestyle on day nine of the Lausanne 2020 Youth Olympic Games.

The Scottish skier overcame a fall in her first run of the day in qualification to post a score of 77.50 in her second run to make it through to the finals.

Placed ninth for the final round of three runs, Muir held first position for a time, scoring 86.25, before being edged into fourth place. Despite this she pushed eventual bronze medal winner, Jennie-Lee Burmansson of Sweden (90.00), all the way. The gold medal was taken by Estonian Kelly Sildaru (93.75) and silver by Ailing Eileen Gu of China (93.25). 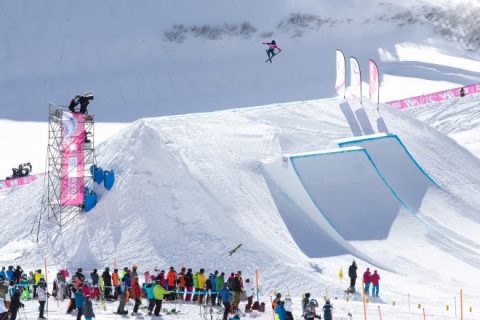 Speaking after the conclusion of the event, Muir said: “I’m happy that I’ve landed my runs, I definitely have things to improve but I was really happy with that.  In the morning it was really fast, I was struggling for speed there (in the final), but I managed to find it. I wasn’t too nervous I knew I could go and send my tricks and do what I could; there was nothing to stop me, I just had to send it.”

Elsewhere, Mani Cooper became the first British, female athlete to compete in an Olympic Nordic combined event, as the women’s competition made its debut at the Youth Olympic Games in Lausanne.

Cooper was ranked 16th after the competition round of the ski jump, before falling three places in the cross-country skiing – eventually finishing in a credible 19th position.

Describing her performance, Cooper said, “The ski jump was a big improvement from yesterday (official training) – the landing was a bit untidy, which would have cost me a few points.  The first lap of the cross country – I felt good. The second one the girls came and closed me down. I tried to stick with the girls that had overtaken me, but I reached the downhill part where I was pushing and pushing, but came unbalanced and crashed. I had to get my pace back and try and finish as high up as possible. This competition has been amazing and it’s very much a stepping stone. It’s all about progress, progress, progress and improving, but I’m really happy to be here. My big aim is to compete at Beijing 2022 in the first women’s Nordic combined event.”

The cross-country skiing also got underway at the Vallée de Joux Cross-Country Centre, with British pair Molly Jefferies and James Slimon in action in the cross-country free competition.

Teenager Jefferies finished in 51st position in the women’s event – improving on her starting bib number of 72, while Slimon finished 67th in the men’s. Both athletes are back in action tomorrow, competing in the sprint free. 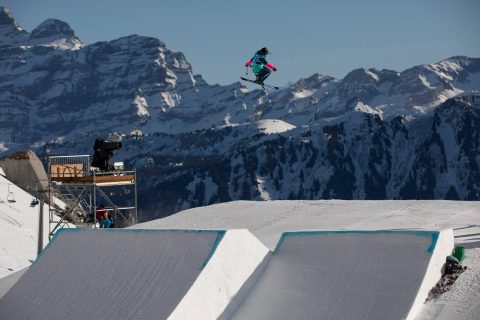