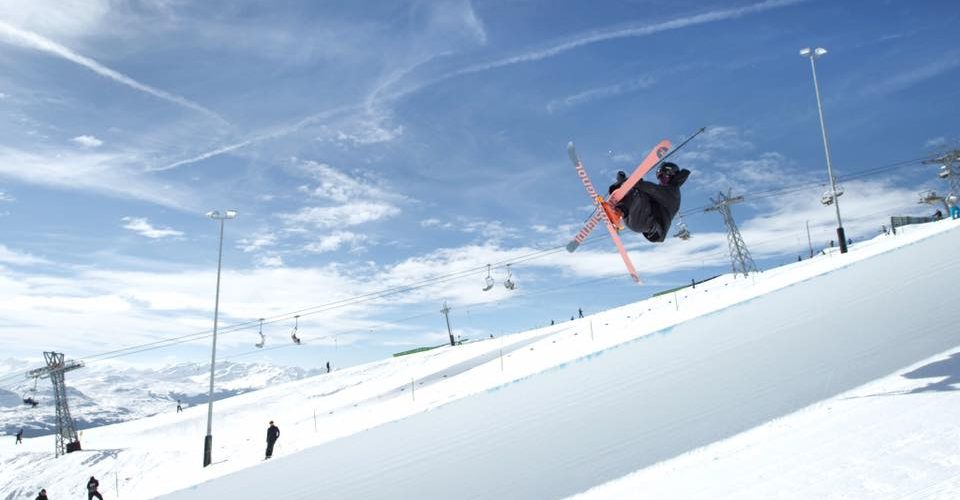 Pete Speight is one of the UK’s top free skiers. 2x British Halfpipe Champion, he will be hoping to compete in the Halfpipe Event at PyeongChang 2018.

A recreational skier from a young age with a penchant for moguls, Pete Speight discovered his passion for freestyle as a teenager at Sheffield Ski Village dry ski slope.

After competing in the European Freeski Open at 17, Pete Speight decided this was what he wanted to do with his life, so upon leaving school headed straight to New Zealand and then on to Breckenridge, Colorado. In 2013, Speight was selected for the World Championships, competing on the World Cup Tour for the first time.

However, at the start of the 2014 season, Speight took a fall and broke his collarbone, an injury that meant he missed qualification for the Sochi 2014 Winter Olympics.

His focus is now very much on PyeongChang 2018 and building his ability to become one of the best halfpipe skiers in the world. It’s going well so far, with Speight claiming a position as British Halfpipe Champion in the BRITS 2017.

Take a look at Pete in action.

Run from the NZ Winter Games last week, Good enough for 18th place in the first World Cup of the season! 👊| 🎥: @patsharples , @gbparkandpipe