Team GB’s most decorated Paralympian Menna Fitzpatrick made a special trip to Manchester Chill Factore on the 10th July to speak to guests about her achievements at the Winter Games and her experiences on the Chill Factore Sponsored Athletes Programme.

The twenty-year-old alpine skier won a total of four medals at the Pyeongchang Winter Olympic Games earlier this year, including a Bronze, two Silvers and a Gold in the Slalom event with her guide, Jennifer Kehoe.

Menna is visually impaired and has only 5% of her vision, but learned to ski from the age of 5 by following her dad down the slopes on family holidays. Since then, she’s scooped a number of medals and become the first British skier to win the overall World Cup visually impaired title in Aspen in 2016. 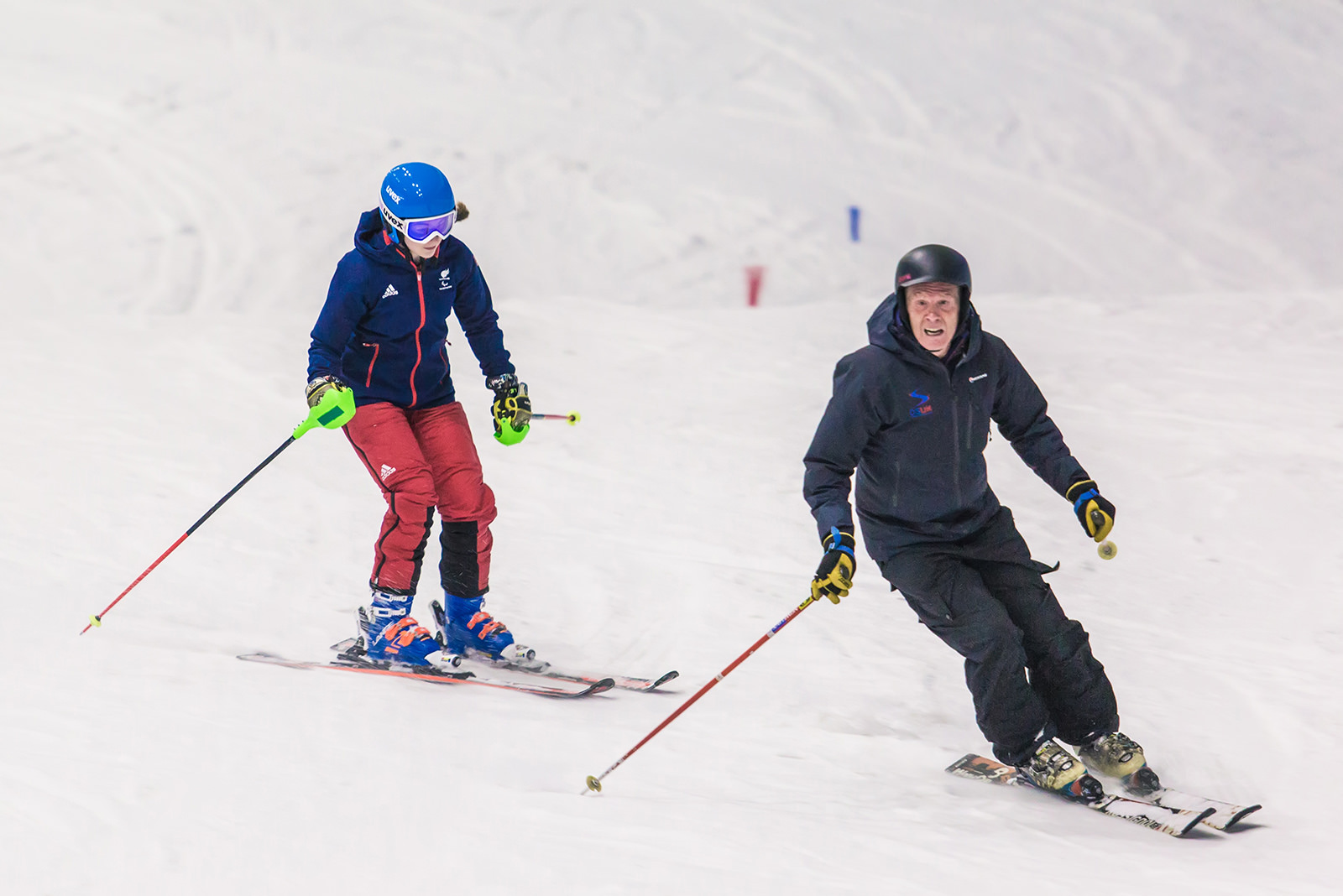 The Sponsored Athlete Programme is an annual initiative run by the Chill Factore snowsports team which prides itself on recognising the talents of young local athletes in winter sports. Menna’s budding talent was recognised by the team at Chill Factore in 2011 when she was awarded a place on the Sponsored Athletes Programme and where she trained for five years prior to being selected for Team GB.

Menna said: “Going back to my roots at Chill Factore was really exciting for me – I know the slope really well and did so much of my training here. It really was a pleasure to be back and meet schoolchildren who tried out their snowsports skills.

“I hope everyone who came along enjoyed the day and feels inspired pursue their dreams, whether or not that involves a pair of skis!”

Morwenna Angove, CEO at Chill Factore, said: “It was a privilege to welcome Menna back to Chill Factore! She did us so proud at the Winter Olympics and we’re really pleased that all her determination and skill brought her a total of four medals. Menna’s incredible talent was recognised by the team at Chill Factore many years ago and it’s a huge honour to be able to see our former sponsored athletes go on to achieve such success.

“We hope that meeting Menna has inspired young people to get on the slope and try snowsports for themselves. She is a fantastic example of what determination and hard work can bring when you’ve got a dream!”

One of the top attractions for days out in the North West, Chill Factore is home to the longest indoor real snow slope in Europe at an impressive 180m long. As well as skiing and snowboarding lessons and lift passes, Chill Factore is home to Altitude and Mini Moose Land, full of interactive snow fun for all the family. For more information, visit www.chillfactore.com.

Boost Your Skiing Confidence Before Winter at Chill Factore