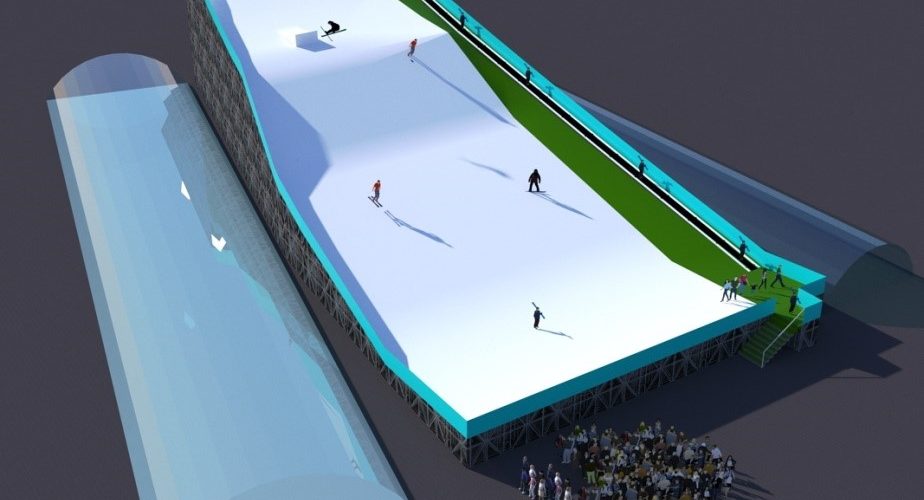 Following the installation of a small training slope at Vankoo in Shanghai earlier this year, the much larger slope is to be built at Global Harbor, Shanghai in association with Shanghai Vankoo Sports Management Co.Ltd,

The idea of building a snow-free ski slope in Global Harbour began a year ago when Briton’s representative Lin Lin of XEdge and his team of architects investigated several ways Global harbour could increase its attractiveness to the shopping public in Shanghai.

In addition to giving the public more recreational opportunities, the slope will also help establish skiing and snowboarding as a mainstream sporting activity in line with the Chinese government’s desire to get 300 million people into the sport in readiness for the Beijing Winter Olympics in 2022.

Terry Di Stasi, Briton’s Director of Business Development, said that Briton was thrilled to be part of the move to bring and develop snowsports in China adding that such a prestigious Snowflex® development would undoubtedly add to Global Harbor’s appeal to the residents of Shanghai. Di Stasi added that this major project would also be seen as a prominent showroom for Snowflex® throughout China.

Construction is due to begin early October 2018 with an anticipated grand opening the first week of November 2018. Upon completion, the synthetic snowsports slope will be the first major project in China surfaced with the award winning Snowflex® surface system.