Whether you are a skier or a snowboarder, the first snow park run you ever do is exciting and daunting. The beginning of my relationship with snow parks was on the last day of my first week snowboarding. Had I known the tips I’m generously providing below myself back then, I would have avoided adding an injury to a quickly acquired insult !

Although we were still mostly falling our way down the mountain, my friend and I decided that after lunch on our last day we would try our first snow park. The first feature was a half pipe and we set off down it, unsurprisingly falling at the first wall to slam into surprisingly hard ice and each other.

It was at this point that a decent snowboarder – who was using the half pipe properly – had to abort his run because some idiot beginners were messing around in there. Or at least that is what I think the torrent of French insults and gestures meant. 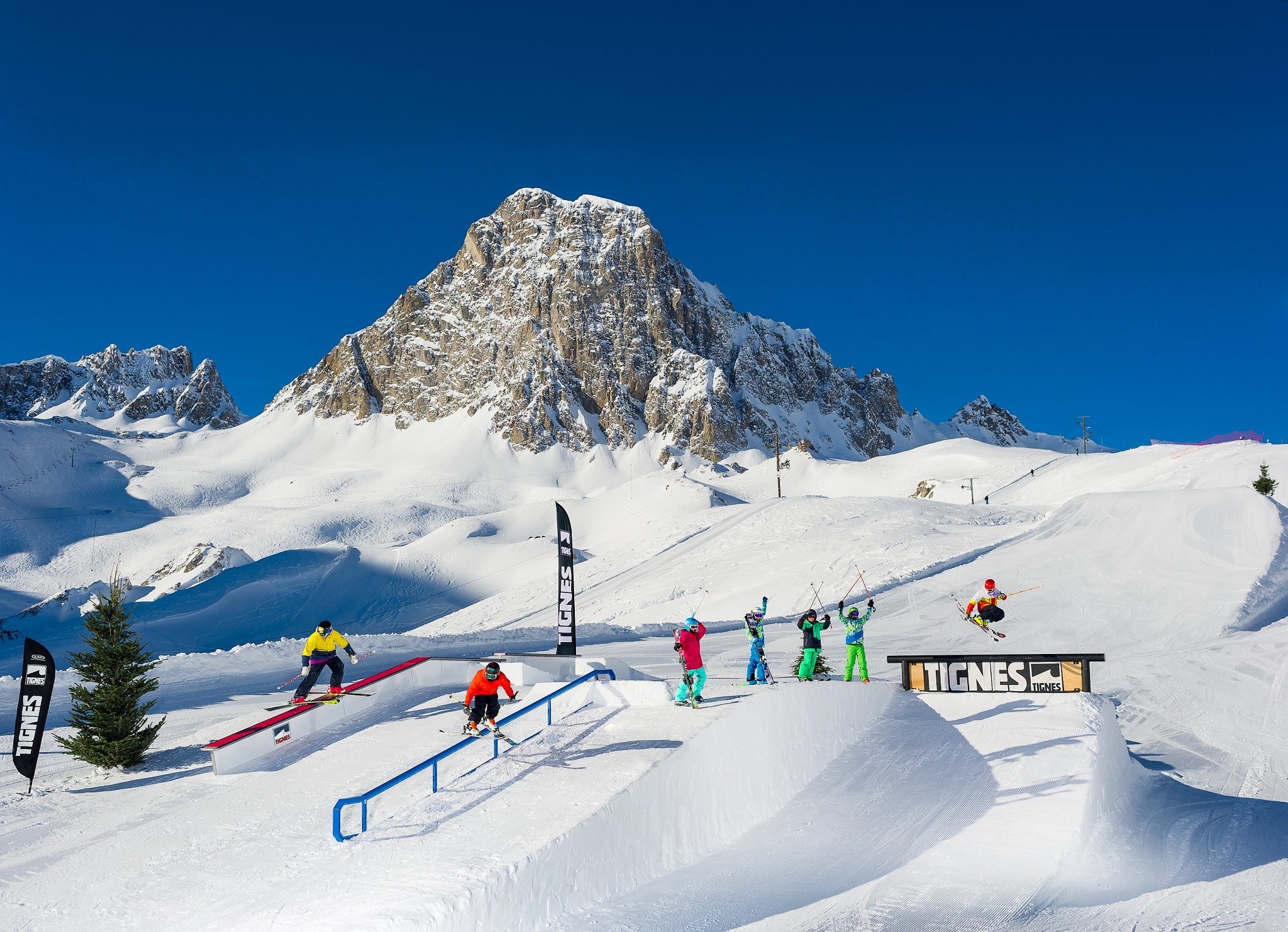 Stop And Look Around

This brings me nicely onto the next tip. If we had stopped at the top of the park, we would have seen a few snowboarders waiting to drop into the half pipe. In our defence, the park was almost deserted and they had come from another lift, so we didn’t see them.

But when you arrive in the park, stop and have a look around: is anyone waiting to drop in? Better skiers and snowboarders will start from higher to carry more pace into the features so be sure to look up slope. In many places if someone is about to drop-in they’ll signal by holding their arm up.

Do not follow straight after someone into the park; if they fall, you will crash into them. Instead, wait for them to clear the landing area before setting off. If there’s a sequence of features, wait until they clear the landing of the last feature, as once you set off you will not be able to tell if they fell.

Rightly insulted but uninjured by the icy pile up in the half pipe, we decided to hit a jump (commonly called a kicker). I went first, taking far too much pace into it and flying – as my friend described – like E.T. and Elliott on his bike past the moon.

I was in the air long enough to shout an expletive that attracted the attention of people on the nearby chairlift, and long enough to rotate so I hit the ground before my snowboard. I was lucky to escape with just a sprained wrist and laughter from the chairlift.

If I’d waited and watched others first, I would have been able to judge my speed much better. So watch people point straight and how much air they get, adjust your speed accordingly, and go slow the first time over any feature.

Wrist guards would have saved me a sprain, but the most important thing to protect is your head. If you are going to play in the park, then you will have some falls, possibly on rails or boxes, and I believe a helmet is essential.

Don’t be fooled by videos of the pros going huge in jeans and a beanie; these guys are pros for a reason. Invest in the right protective gear, follow the above tips and you will be better placed that I was to avoid adding injury to insult.