It’s not that many years since the highest official accommodation category in France was four- star, but since five-star establishments were allowed more have popped up in France than in most of the rest of the skiing world combined. Courchevel and Val d’Isere in particular have raced past the like of Lech and St Moritz to offer more five star hotel and chalet options than any other resorts in the world. 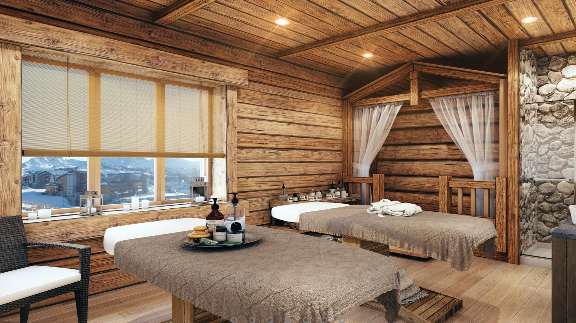 The trend has more recently spread to the large French resorts most famed for their cheap-and-cheerful family apartments, with a succession of these announcing their first five-star hotels or residences opening. 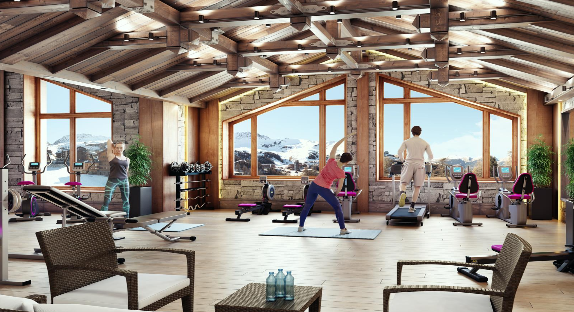 The latest is the biggest of them all, La Plagne, which this winter will celebrate its 60th anniversary by opening its first five-star residence, the luxurious White Pearl Lodges & Spas, in Plagne Soleil. However it is straying true to its ‘affordable’ roots by offering Apartment accommodation options and some of the lowest priced five star ski accommodation anywhere, from less than £229 a person a week based on four sharing. 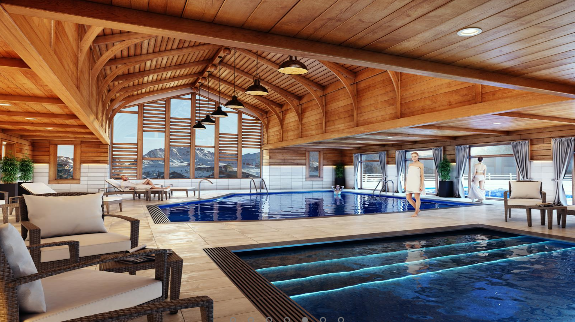 White Pearl Lodges & Spas comprises seven chalets made of wood and stone, and 91 high-end duplex apartments with one-to-five bedrooms. The ski-in, ski-out accommodation also has a heated indoor/outdoor pool (the only one in La Plagne), a state-of-the-art Ô des Cimes spa with a whirlpool tub, sauna, Turkish bath, salt grotto, cardio training fitness room and a ski shop. A week’s stay costs from €1,064 / £914 total for four people sharing an apartment. 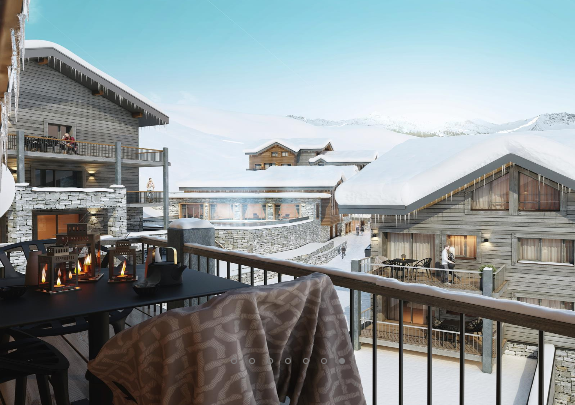