La Niña is on the Foehn

If you regularly visit the Alps for winter thrills, you’ll probably have noticed some often big differences in the weather forecast between where you’re skiing and other areas of the mountain range. If you’ve stopped to think about the often substantial differences, you may have considered winds coming from different directions at different times in various places. If you’ve really thought about the weather, then perhaps you’ve considered that in the west the Alps are nearer the Mediterranean and very high, and towards the east they get lower and spread out across the land a little bit more.

Have you ever considered what makes these winds work, whether there are patterns, or of course, the vital question of how different winds can affect our skiing and snowboarding? If you’re a meteorology professor, I don’t think this article will change your life, but for everyone else, we might add a little bit of science to those inaesthetic, foggy, chairlift ride thoughts.

Firstly, the western side of the Alps is considered to be in an oceanic climate: wet, with temperatures and humidity which don’t change too much between seasons and are pretty inconsistent (just like the UK, but up a few notches on the pleasant scale). The eastern side of the Alps are in a more continental climate: simple weather forecasting, consistently cold winters, and some really very hot summers for areas as far north as Austria and its surroundings. That all seems nice and straight forward, but you may be thinking ‘wait, no, I had a weird weather experience that didn’t fit in with any of this perfect simplicity’, and of course, we’re talking about mountains, so the weather is never simple. In fact, wind in the Alps has a habit of swirling around anticlockwise and losing its moisture in the process. 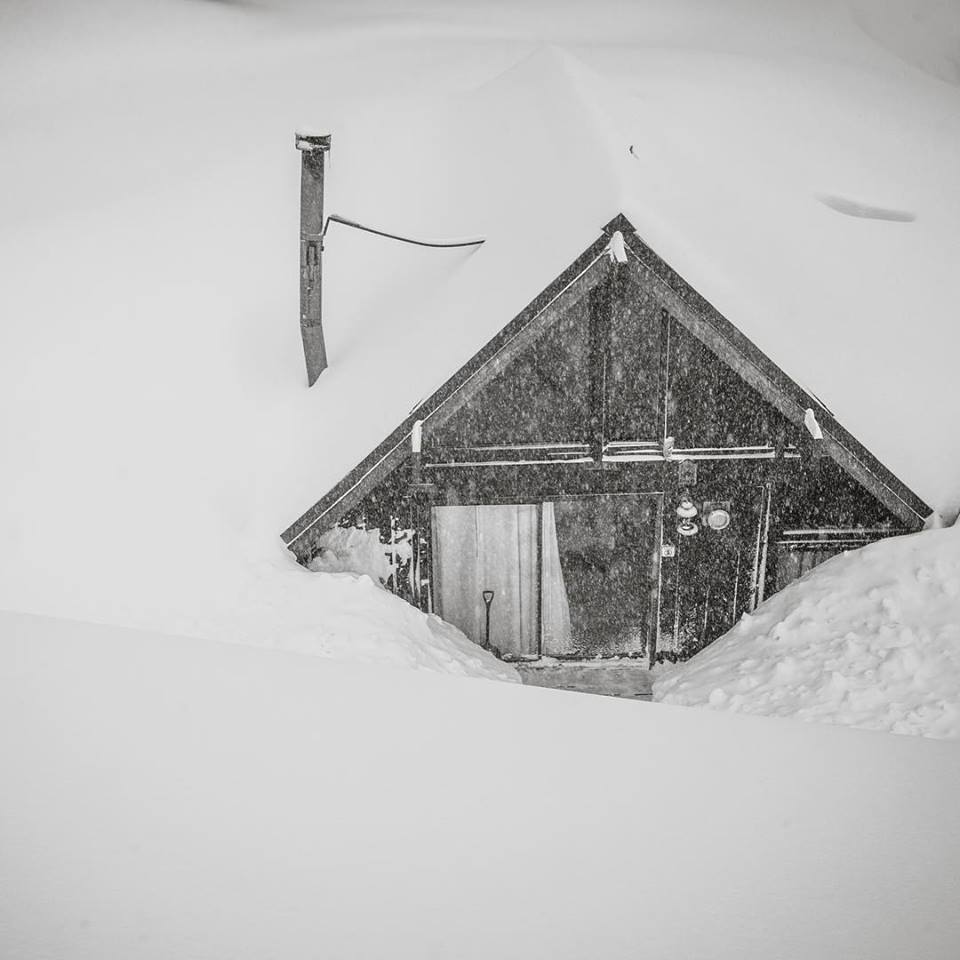 If you find yourself on a trip while pressure differences across the range are pulling the wind in such an anticlockwise motion, you risk days of skiing between the grass while in Austria. Not only is the moisture for good snowfall lacking when it reaches you, but dry air in a rain shadow can generate something called a Foehn wind. This is a nasty little feature of Alpine weather in which dry and descending air piles up as it falls, with that constant new supply of air pushing up the temperatures by tens of degrees very suddenly. A Foehn wind can also cause gales, so none of their features are what we want around us on those precious few days or weeks of snow holiday. At least French skiers would be seeing the inches pile up.

But we needn’t focus only on the bad weather effects, perhaps there are special conditions which could guarantee deep, cold snow everywhere? Of course there are, and this year, they’re coming (touch wood). As strange as it may seem, the South American Pacific coast may be the source of what several meteorological organisations have predicted may bring snow to the Alps (and the Pyrenees) this year. When the air pressure is particularly low in the eastern Pacific and high in the west, Alpine winters may be mediocre, but this year the opposite is likely to happen, in a phenomenon known as La Niña. High pressure near South America could have knock on effects around the planet, and bring on a special, snowy winter, perfect for everyone to get into in the year we’re likely to get sliding on white flakes again.

It is worth mentioning, though, that with Europe being a long way from South America, other aspects of the weather can change this, and the correlation between La Niña and snowy Alpine winters, or El Niño and boring ones, can vanish. Whatever happens around you on your mountain days, it’s worth admiring the incredible, worldwide processes which ultimately cause the very snowfall you’ll see happening.