If you’re looking for some snow certainty when you’re booking a ski holiday two things to consider are the height of the ski slopes and the length of the ski season. If the runs go high (above 3,000 metres in the Alps is good), and a resort says it will be open from November to May, it’s probably a good bet.

Val Thorens, at the highest point of the world’s largest ski region, the 3 Valleys, not only has slopes ascending to 3,200m and fast lifts to whisk you up to the top of them, but it’s also Europe’s highest major ski resort, with the village located 2,300 metres up.

That means not only one of Europe and the world’s longest ski seasons – almost six months long in fact from the latter half of November to the first half of May – but that it offers skiing back to the resort all of that time. Most of the few dozen other ski areas in Europe and North America, can’t maintain a run back to the resort itself outside the main winter months and you need a lift ride up and down to the slopes at the start and end of the season. 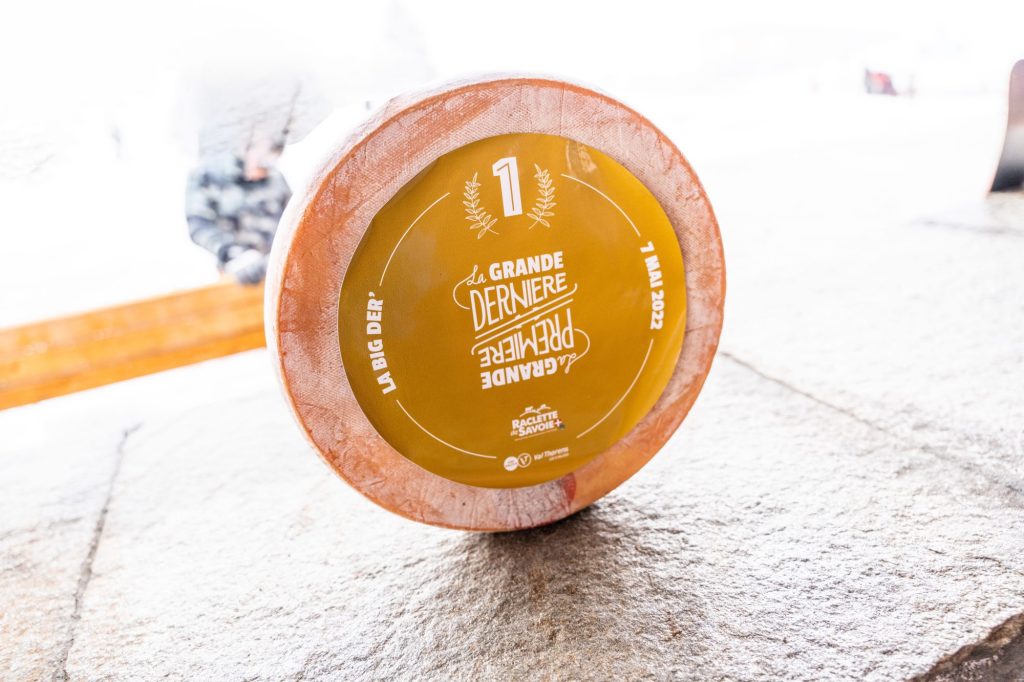 Val Thorens is rightly proud of its long season, celebrating the start and end with first the ‘La Grande Première’ opening weekend in November, then, named slightly tongue-in-cheek, the new ‘La Grande Dernière’. Both weekends attract thousands of skiers to celebrate first the start of winter, then the end …and the fact that you can still ski and board towards mid-May. The resort organizes special low-cost ski pass and lodging packages as well as lots of fun events for those in attendance (you can get your accommodation, lift pass and entry to special events for less than the cost of just the lift pass in peak season).

Last November’s Grande Première saw record business as everyone delightedly took the opportunity to get back on the snow after the loss of the 20-21 French ski season (as well as Spring 2020 at the end of the previous season before it) due to the pandemic. It was the first time Val Thorens has been able to offer snow sports for 20 months. 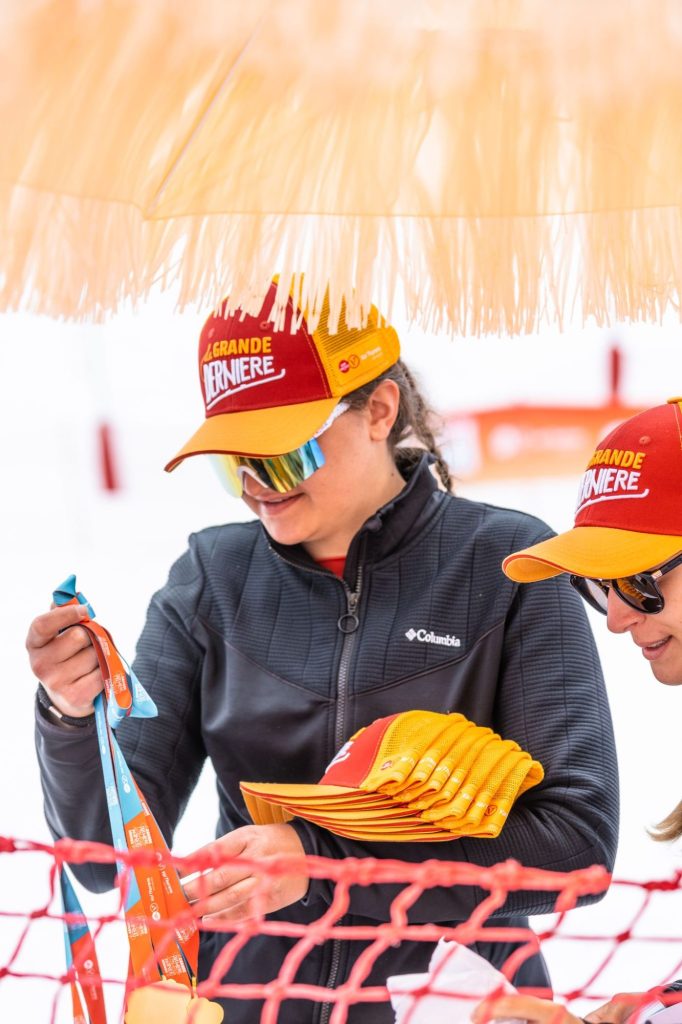 InTheSnow were at La Grande Première last winter and it seemed only right we accept the invitation to La Grande Dernière this month. We can report though that heading to a ski resort through Geneva where the temperatures are in the high 20s Celsius and everyone in shorts is slightly disconcerting. Having studied the webcams in the preceding days though we had spotted some fresh May snowfall, even if the murky images didn’t look too appealing. 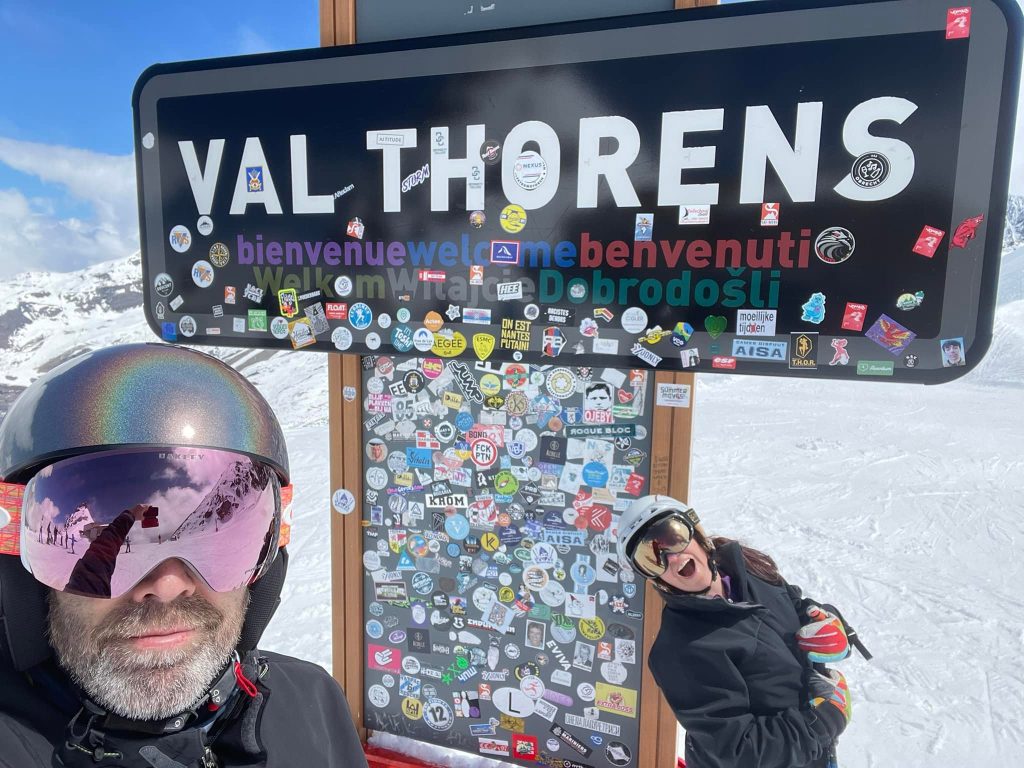 Arriving in resort on the final Friday afternoon of the season the village felt quiet with some shops and restaurants already closed down. Venturing into some of those that were open though we found, well, Dutch people. Lots and lots of Dutch people, all in high spirits.

It turns out the Dutch pretty much ‘take over’ Val Thorens in the first week of May. This was, once again, slightly surreal, but good company though they were, they were mostly leaving as we arrived and we found ourselves left with mostly French skiers and boarders here for the final hurrah. 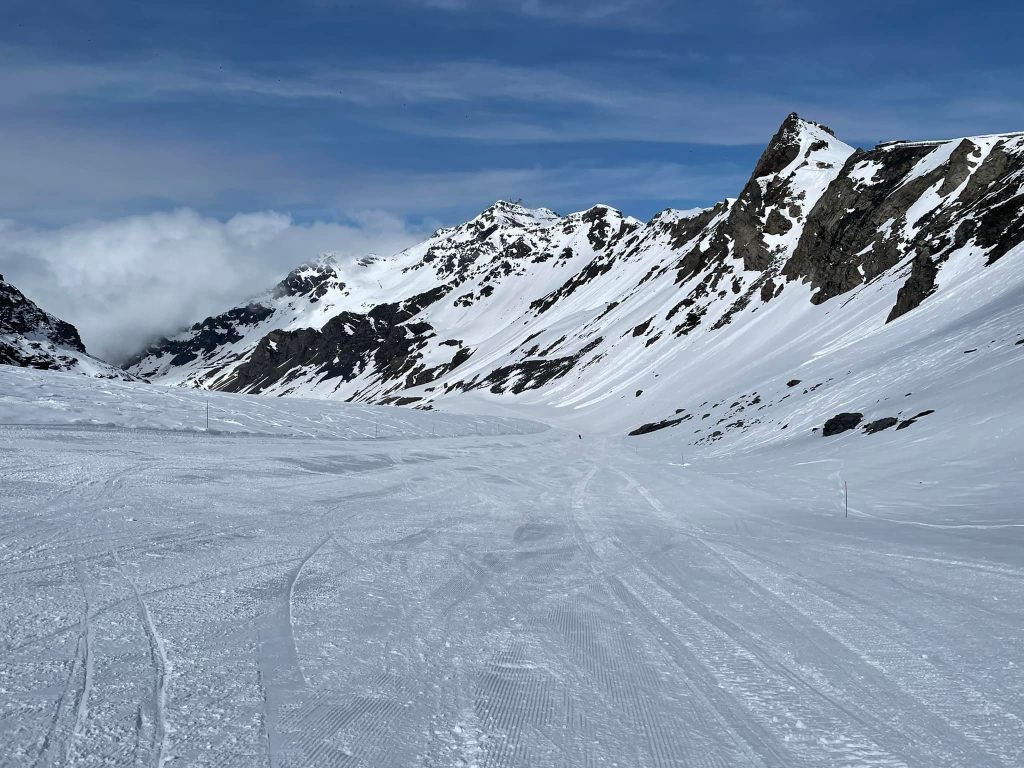 It probably could have gone either way but in the end, ski conditions were excellent, for early May.  The sun was out most of the time, there were even fresh snow showers up high (OK that was sometimes briefly rain and hail in resort), and with most of the ski area above the resort still open,  we had a blast whizzing around near-empty slopes on the fresh snow. The runs on the Orelle side were particularly fabulous. There wasn’t even a queue or a fight for sundeck space at the mountain restaurants. 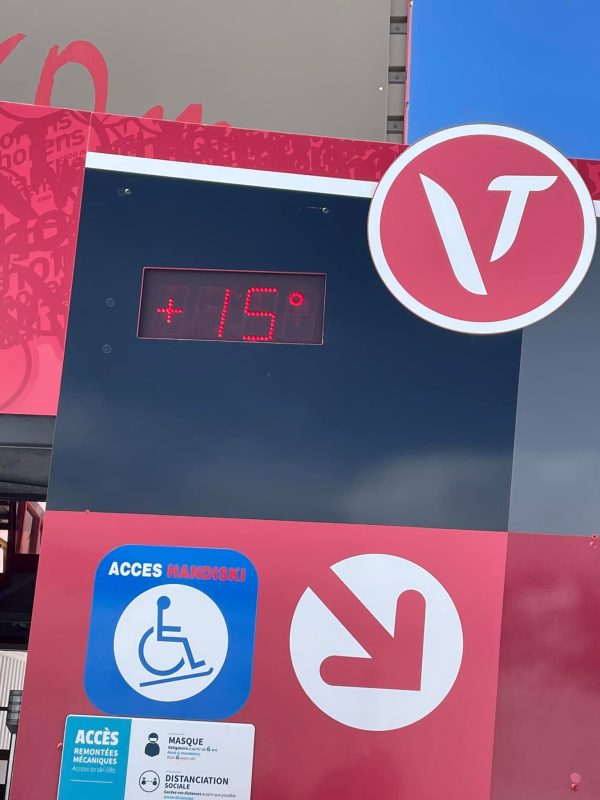 It was warm, which had its pro and cons. On the plus side, the snow was in perfect condition from the time the lift opened …not the hard ice you get in springtime with a freeze-thaw weather pattern.  But hitting 15C by 10.30am did make lower slopes slushy by lunchtime.  High up, not so much. 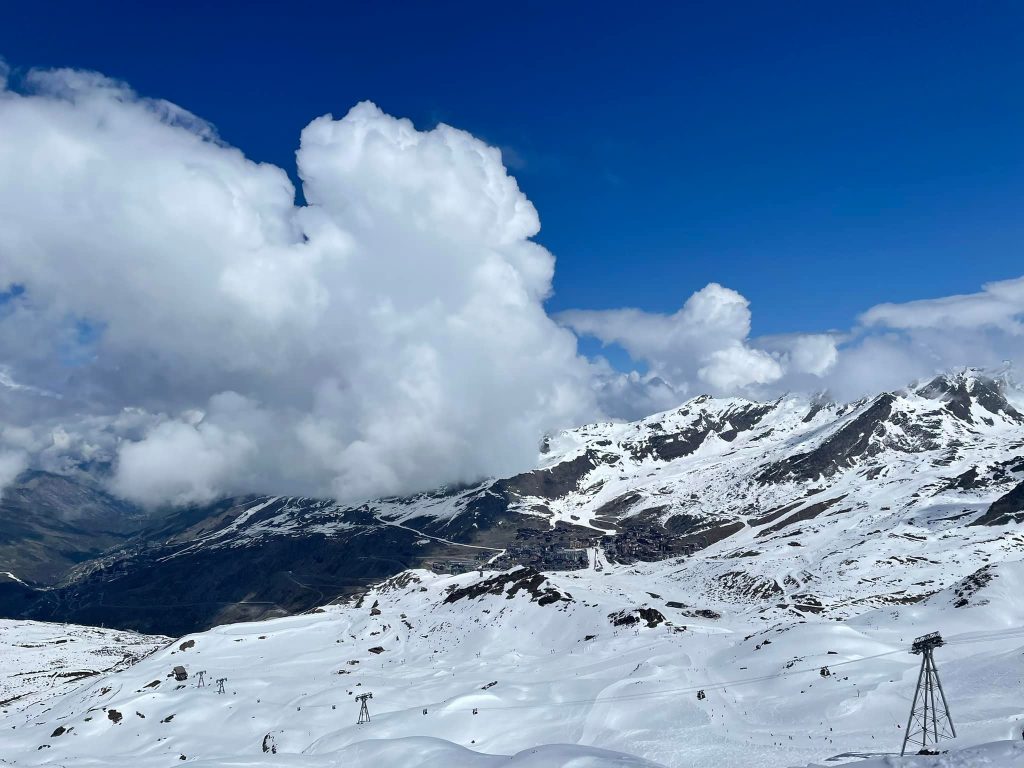 Again, when you tell yourself there were around 5,000 ski areas open in the northern hemisphere a little over a month before and you’re at one of the few dozen in Europe and North America still open well into May, that’s easy to put up with. In fact, you feel rather lucky and somewhat spoilt.

La Grande Dernière is a new event at the resort had put a good deal of effort into creating some fun activities to make it more of an event. There were concerts with DJs, waterslides and pond skimming, gear testing, food trucks and altogether a great festival atmosphere. 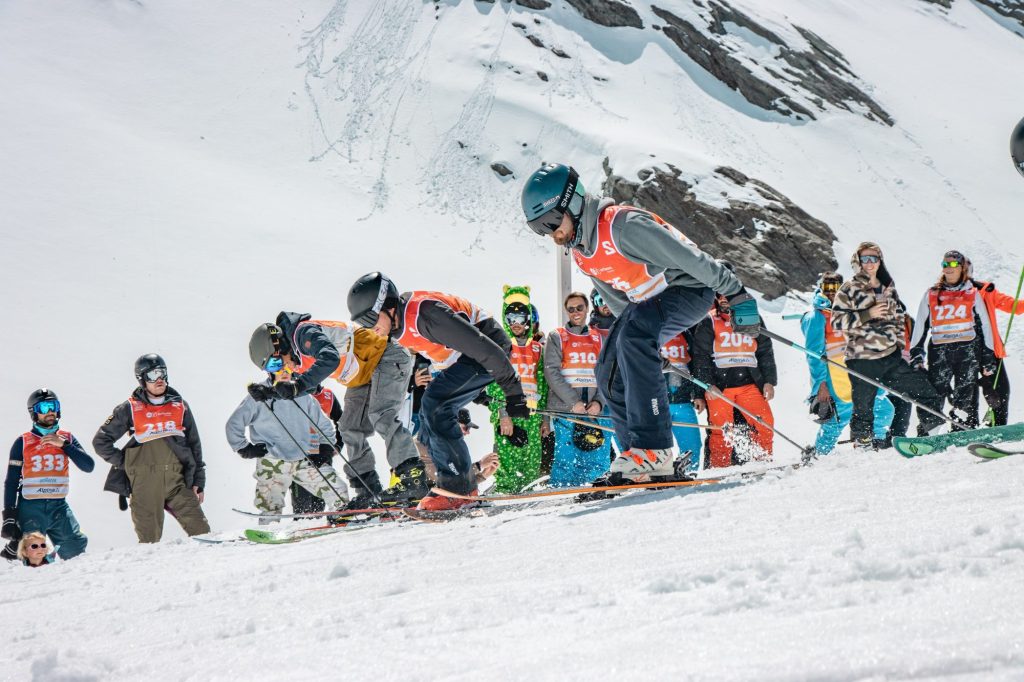 The main event on the Saturday afternoon was a special ski-cross style ski race where families or friends could challenge each other starting in groups of four and also find their position on the overall leader board.

Alas, we were too busy enjoying the empty ski slopes to compete in the race, but our good friends at Planetski took part and posted this report. 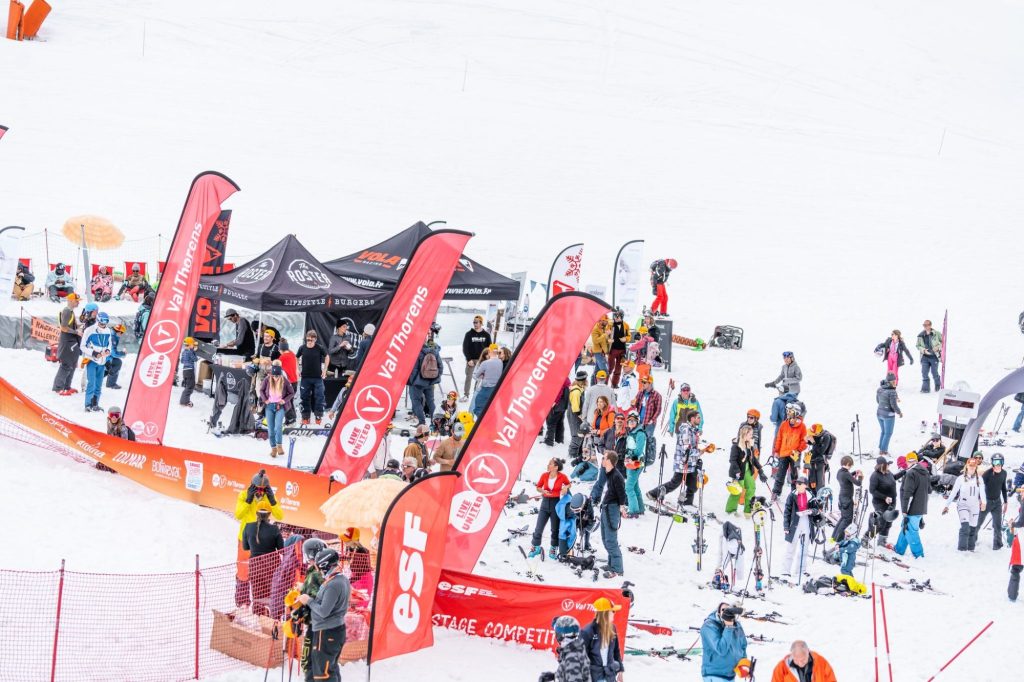 Off the slopes there were still plenty of great restaurants open and (once the Dutch had left), there was no problem finding a table either.

Walking around the village you did become aware of a consequence of having one of the world’s longest ski seasons – the weariness of those who work in the resort!  Ski shop staff, waiters, barmen and hotel employees all had a feeling of exhaustion about them. Each talked of only managing to get a day or two off during the ski season and their desire for their own holidays just hours away now. After helping everyone else enjoy theirs for the previous six months, you certainly felt they well deserved it.

But perhaps because the end of the season was nigh for the workforce, whilst those of us lucky enough to be skiing was in high spirits just to be on the snow, the overall mood was high. Val Thorens helped with all the organized events, culminating with a fantastic firework display to round off the first full season since 2018-19 and complete a perfectly-formed Grande Dernière’. 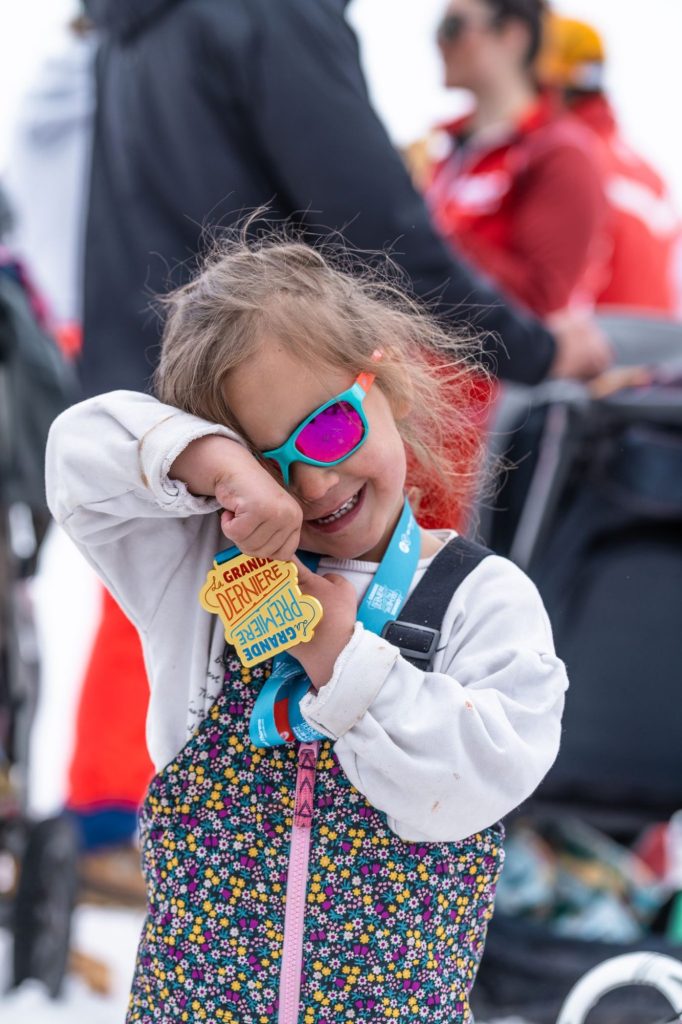 Next season Val Thorens will celebrate it’s big 5-0.  One of the newer of the dozens of purpose-built ski areas in Europe, some said at the time building a ski area so high, far above the tree line, was a step too far and that the resort was too like a ‘moon base’ and would not thrive. 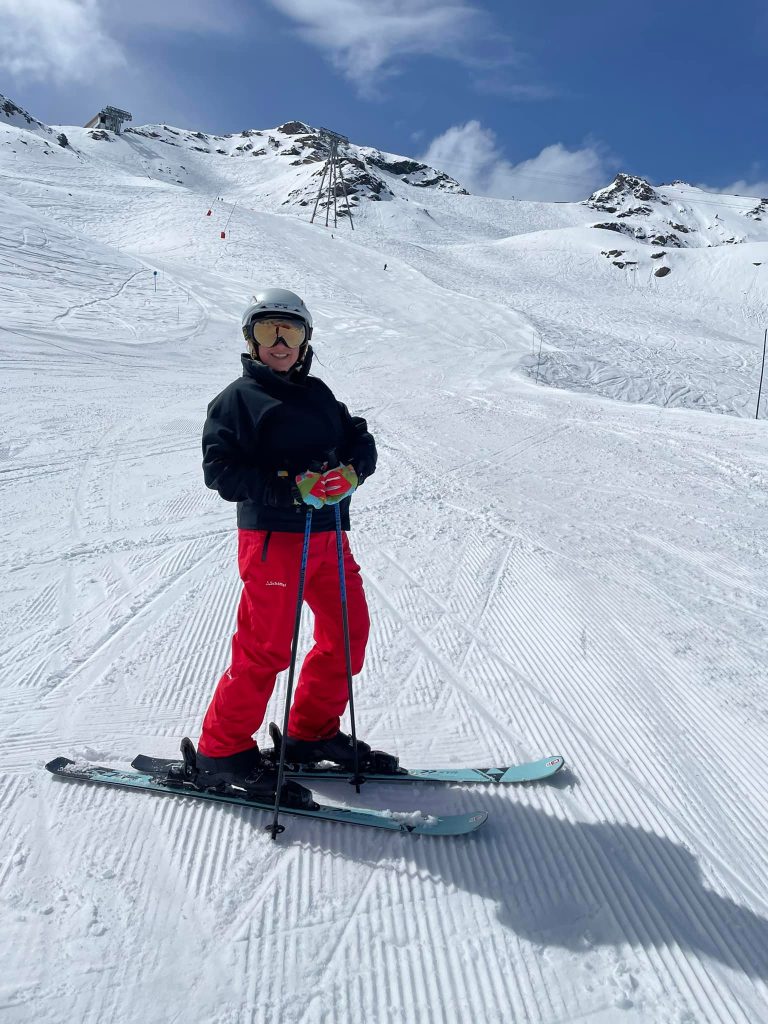 In the event, the opposite is true with Val Thorens growing into one of the planet’s most popular and most successful ski resorts. In the early years, its clientele was mostly hardcore skiers, but as it has grown and diversified its offer with lots to do besides skiing now and a thriving dining and bar scene, it is now a fully-rounded, world-class resort.  In fact, it has been that for decades.

Next season will see plenty of 50th birthday celebrations and also the opening of a spectacular new sports and leisure centre that will mix family-friendly attractions and elite-athlete training facilities and put Val Thorens in a strong position for the next five decades. 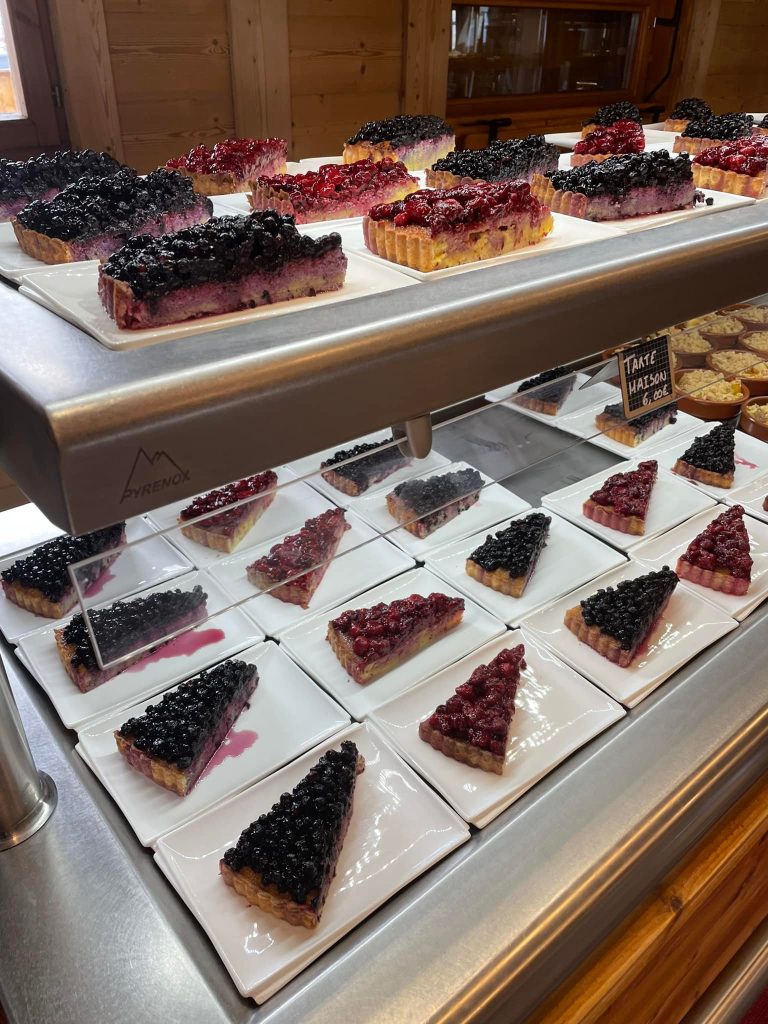 With climate change always at the back of our minds in skiing, having one of Europe’s highest ski areas is always going to put you in a strong position 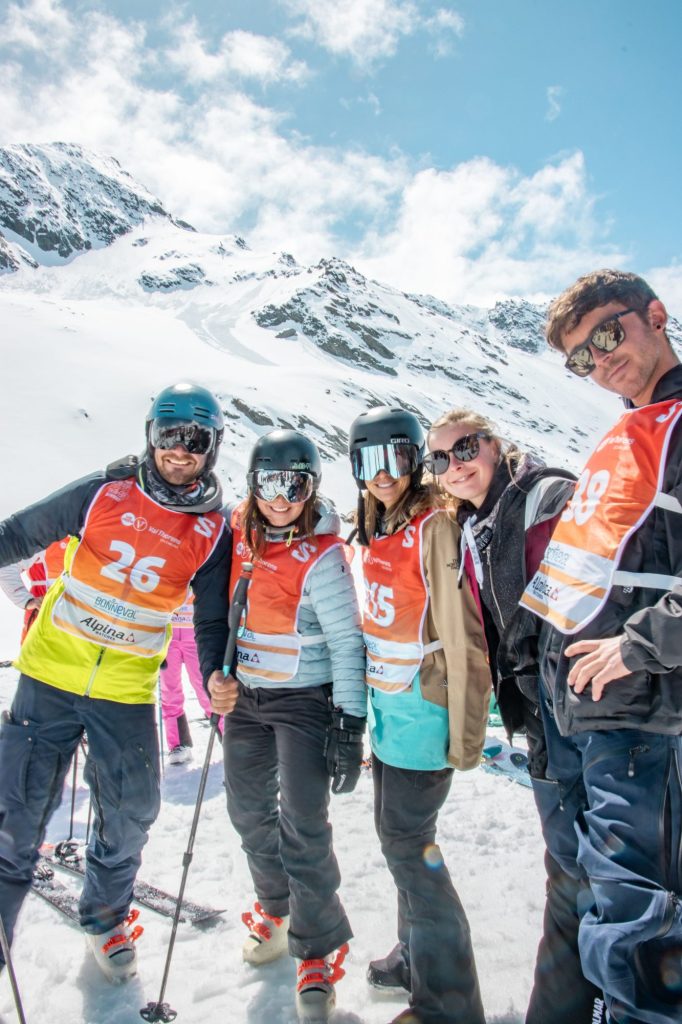