The historic Kulm Country Club, which was the venue of the word’s second Winter Olympics in 1928 and is located in the grounds of the famous Kulm Hotel St. Moritz where the first recorded winter sports holiday was staged in 1864, has re-opened following a CHF12 million (approx £9.5 million) refurbishment and extension overseen by the acclaimed British architect Lord Foster (whose many works include the glass roof of the British Museum).

The revitalised Country Club was recently used for prize-giving and other events at the 2017 World Alpine Skiing Championships in St Moritz.

Lord Foster, who loves the Engadine Valley and is a long-term resident of St. Moritz, said he was delighted to be able to make a contribution to his own community, “The challenge was to rescue the existing building, bring it back to its original function and to add new uses while also respecting the historic fabric. I am very proud of what we have been able to achieve – to harmoniously combine the old and the new”.

The Kulm Country Club first opened in 1905 and immediately became the place for residents and visitors to gather, sitting on the terrace soaking up the sun and admiring the panoramic Alpine views, intermittently taking spins on the natural ice rink in front of the building. In 1928 and 1948, the building was the official event base for the Winter Olympic Games, but by the 1980s it had ceased to be used and fell into disrepair. 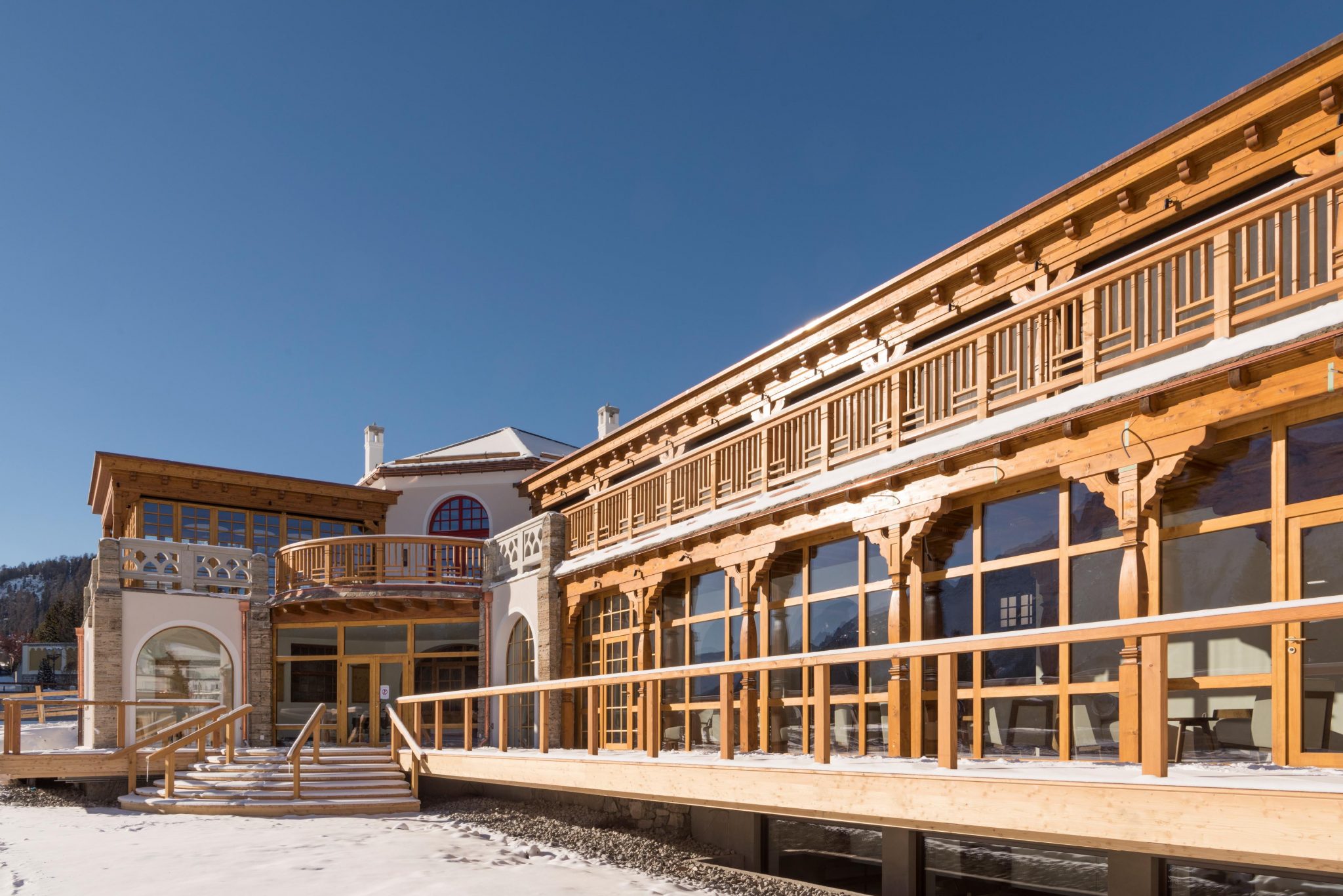 With the FIS Alpine Ski World Championships taking place in St. Moritz and Lord Foster kindly offering his services, the owners of the Kulm Country Club (the Niarchos family who also own the Kulm Hotel St. Moritz) and the local community came together two years ago and agreed to return the building to its former glory as a venue for social gatherings and a focal point for major events. Renovation work stared in spring 2016.

The two-storey Kulm Country Club, a synthesis of Art Nouveau and traditional Swiss style, is protected, so the fabric of the building remains very much as it was, with many original elements such as the main staircase and window frames retained. However, modern technologies and equipment have been introduced, like a new kitchen and a single core with lifts, food hoists and a second set of stairs, to enhance the performance of the building and make it accessible. 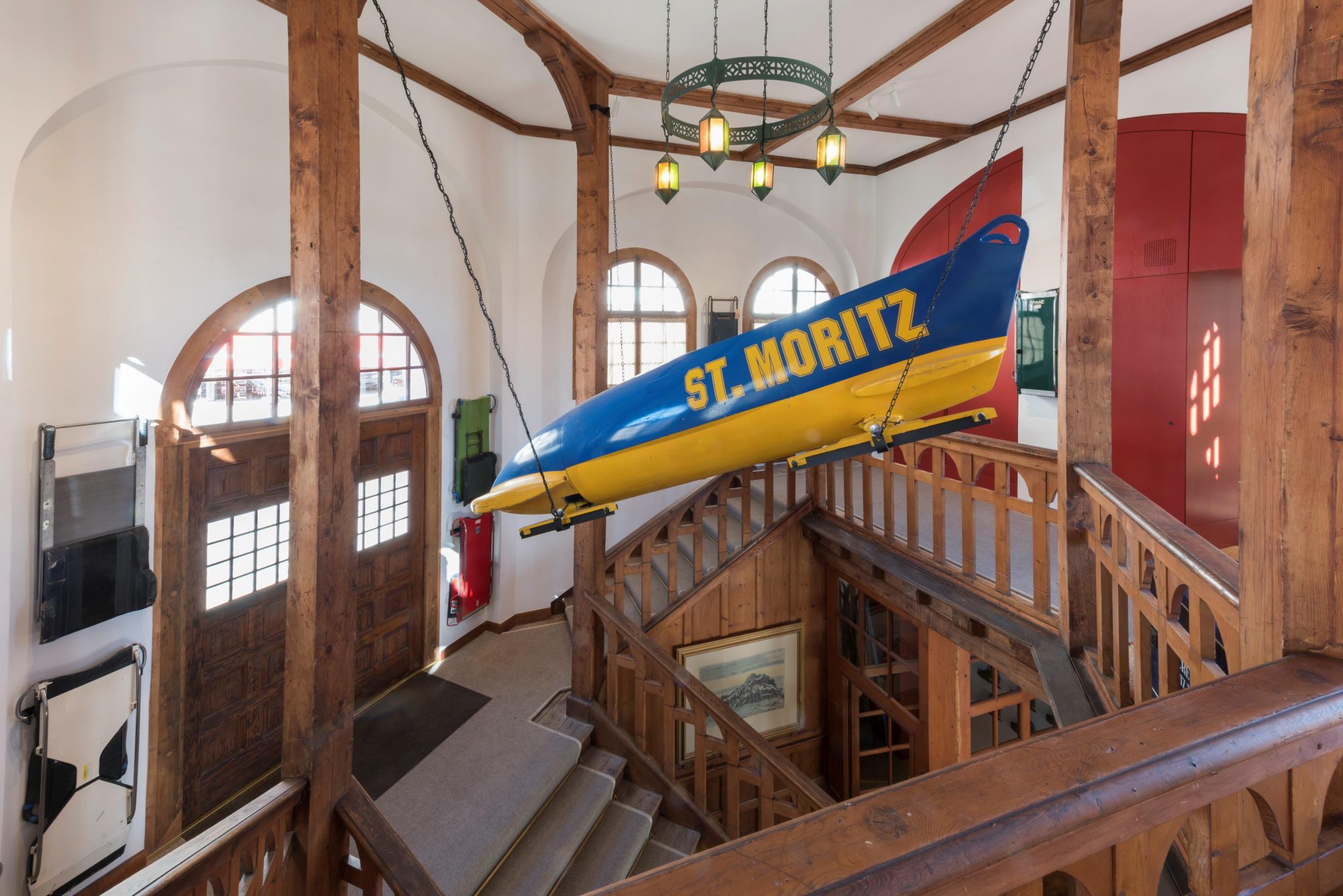 Historic artefacts and memorabilia were preserved creating a museum of the building, which Lord Foster personally picked and positioned, alongside a selection of photographs, bobsleighs, sledges and other decorations from the region.

The Kulm Country Club now comprises a wood-panelled first-floor restaurant with a large sun terrace overlooking the ice rink in winter and tennis courts in summer, plus a lounge and bar area on the ground floor. The restaurant will operate on a pop-up concept with an ever-rotating selection of internationally famous chefs. For the 2016/17 launch season, three-star Michelin chef Daniel Humm of New York’s renowned Eleven Madison Square, GaultMillau Chef of the Year 2016 Nenad Mlinarevic of Park Hotel Vitznau and Argentine chef Mauro Colagreco of the two-Michelin star restaurant Mirazur in Menton will take up residencies at the Kulm Country Club.