Some Help for First Time Skiers

Some Help for First Time Skiers

With the PyeongChang 2018 Winter Olympics well underway, we’ll forgive you if you’ve found some of the commentary hard to follow, particularly when it comes to the skiing and snowboarding freestyle events. From a “cab double under” to a “frontside double cork 1440′, it can be pretty difficult to figure out exactly what is meant by each trick. So, we’ve put together a handy guide to all the lingo that will keep you clued up on your snowboarding terminology.

This is the way you stand on the snowboard – most people tend to have a regular stance.

Switch
This is when a snowboarder rides uses the opposite of their natural stance. For example, a snowboarder who usually rides regular, switches to riding goofy – they have switched stances. Also known as a ‘fakie’. 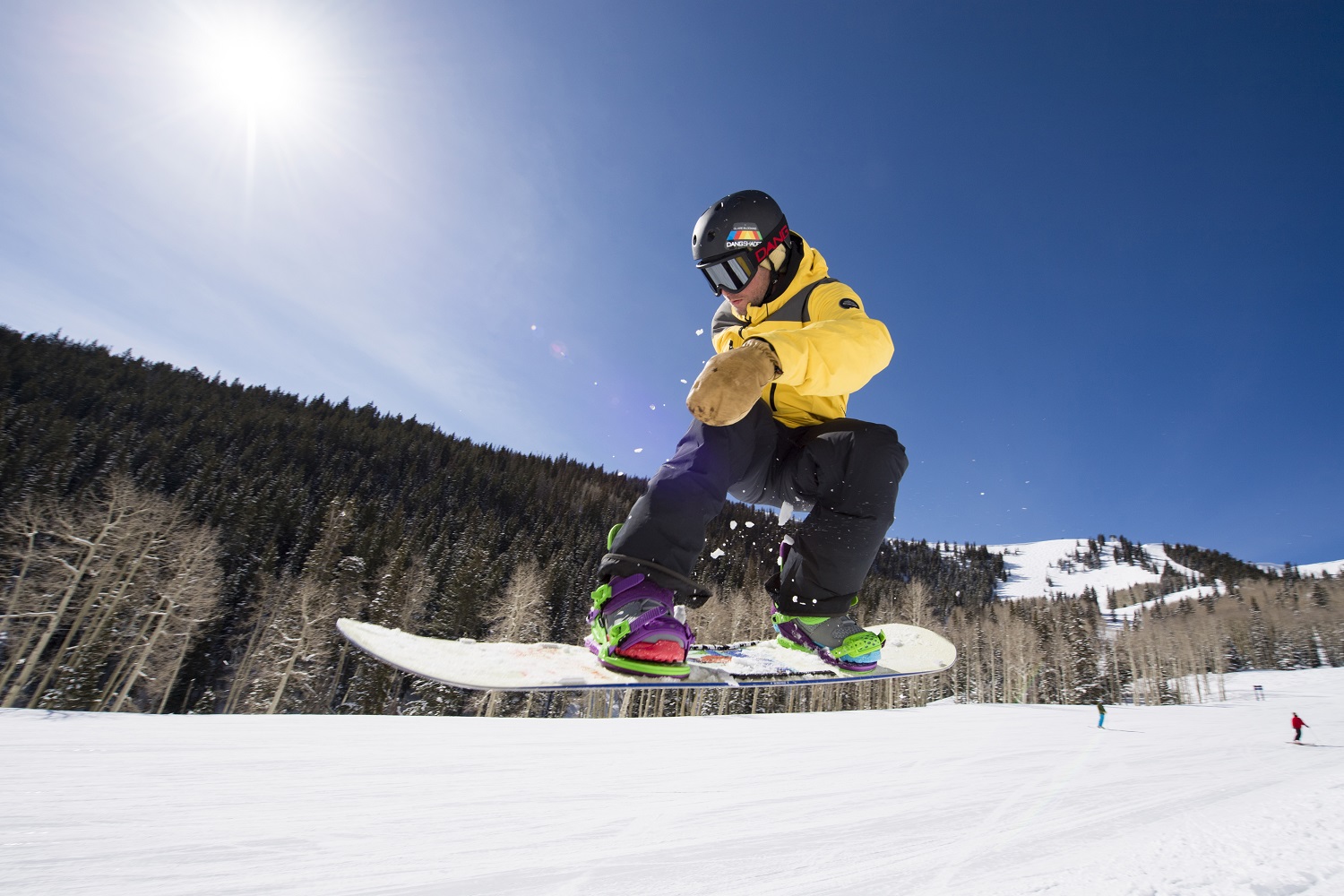 Frontside
The front edge of the snowboard. Performing a frontside rotation means that your front faces forward, or downhill, during the first 90 degrees of your spin.

Backside
The heel-side edge of the snowboard. Performing backside rotation is when your back faces forward, or downhill, during the first 90 degrees of your spin.

Blindside
Any rotation where the snowboarder is unable to see their takeoff or landing naturally and must look over their shoulder – in essence, they are”blind”. This often makes the trick more difficult.

Cork
A rotation off-axis. If a rider rotates off-axis twice, this is a double-cork, three times it’s a triple-cork (and so on).

McTwist
An inverted aerial where the snowboarder rotates 540 degrees or more and does a frontflip. Named after skateboarder Mike McGill. Two flips would make this a double McTwist.

Rodeo
An invert in which the rider rotates while flipping backward. 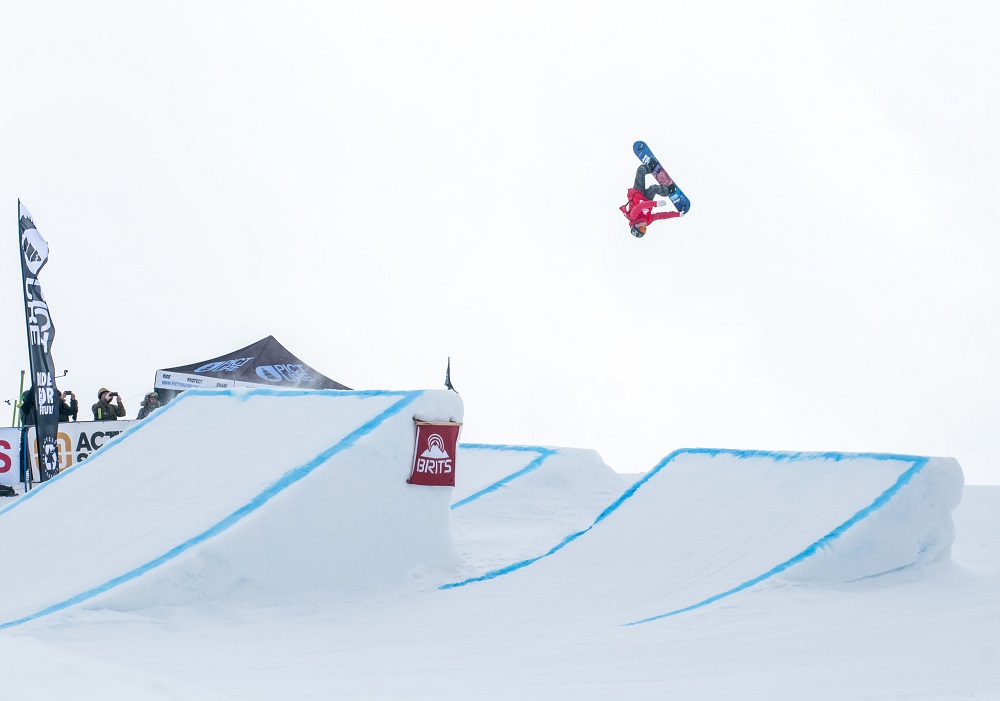 Nose grab
The rider uses their front hand to grab the front tip of the snowboard.

Tail grab
The rider uses their rear hand to grab the rear tip of the snowboard.

Double-handed grab
The rider grabs the snowboard with both hands simultaneously.

Indy
The rear hand grabs the toe edge of the board between the bindings.

Japan
The rider grabs the toe edge of the board in between the bindings with their front hand, while pulling the front knee to the board.

Melon
The rider grabs the heel edge between the bindings with the front hand, while the front leg is boned forward

Method
The rider bends the knees to lift the board behind their back, while grabbing the heel edge of the snowboard with the front hand.

Mute
The rider uses their front hand to grab the toe edge of the board between the bindings.

Stalefish
The athlete uses their back hand to grab the heel edge of the board between the bindings, while the rear leg is straightened 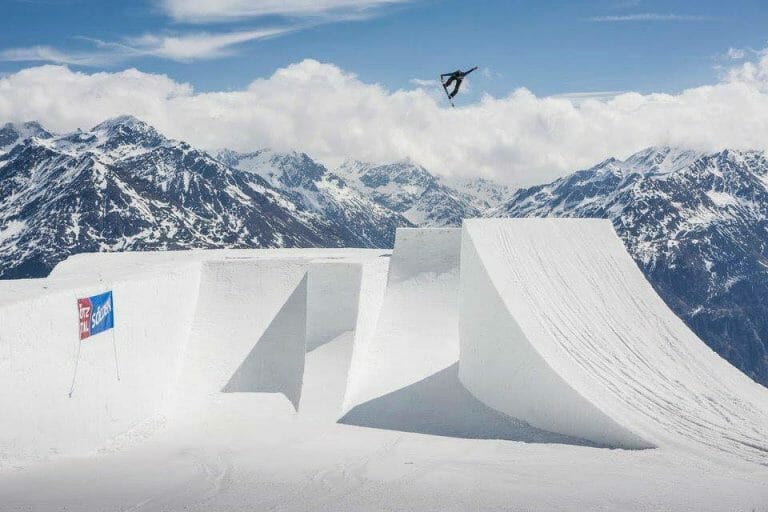 And in case you were still wondering…

Revert
To continue spinning on the snow after landing a jump in which a spinning trick was performed. This typically occurs unintentionally when the snowboarder cannot stop rotating as he lands his trick.

Knuckle
The top of the landing area on a jump. To land on the knuckle can be pretty painful.

WATCH: The Making Of Real Snow With Anto Chamberland

4 Vallées Announce Season Pass for Under £330 for Under 25s