Huge Snowfalls in New Zealand Build at 10cm Per Hour

The 2018 ski season is in to its final month in the southern hemisphere and a number of areas have already closed until next winter begins in June/July 2019, but New Zealand’s South Island is currently enjoying some of the biggest snowfalls of their season.

Coronet Peak, pictured above earlier today, says it expects to have 60cm (two feet) of fresh snow waiting by tomorrow morning.  Treble Cone (pictured below) reported it had had 50cm of snow and that the snow was still falling at a rate of 5-10cm per hour.

Most areas were forced to close today  and will assess conditions in the morning top see if it is possible to re-open on Tuesday.  This was Cardrona earlier today with 35cm of snow at that point and still dumping:

35cm of fresh super dry powder ❄️💥! It is still DUMPING & shows no sign of easing. Tomorrow is going to be sick! #PromotingSickDays #BigTuesday #TooMuchSnow

Elsewhere in the southern hemisphere it has been a mixed winter 2018.  Many of the well known resorts in South America like Portillo and Valle Nevado in Chile and Las Lenas in Argentina have closed early, a week ago, after a fairly dry season in the Andes with few decent snowfalls.

Australia on the other hand has seen some of its best snow in more than a decade with 2 metre plus depths at a number of resorts and some areas including the largest, Perisher, extending their seasons later in to October.

The last weekend of the season for most southern hemisphere ski seasons is usually one or two weeks in to October and many are targeting October 7th this winter.  However the two ski areas on Mt Ruapehu on New Zealand’s north Island may stay open later and occasionally do so to “Snowvember”.  This winter both Turoa and Whakapapa are posting the deepest depths in the southern hemisphere at more than three metres.  Whakapapa has the deeper base at 23.3 metres (11 feet). 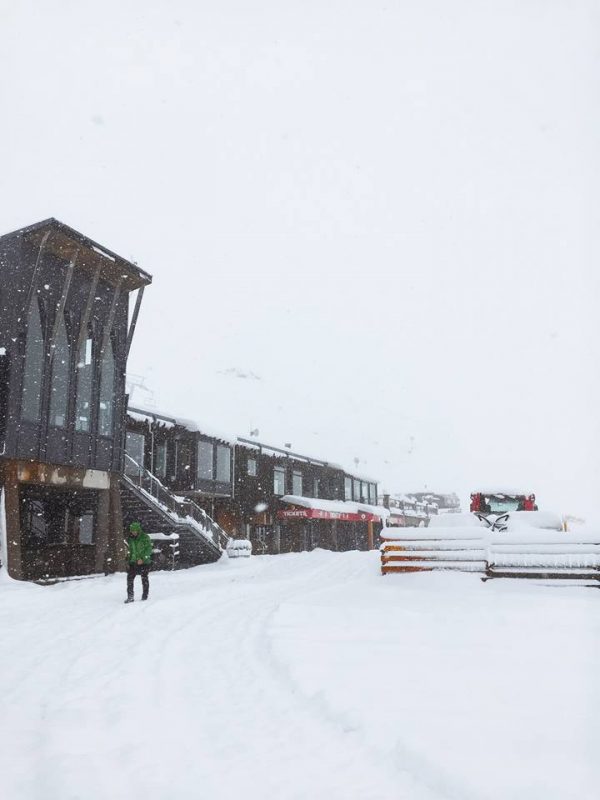