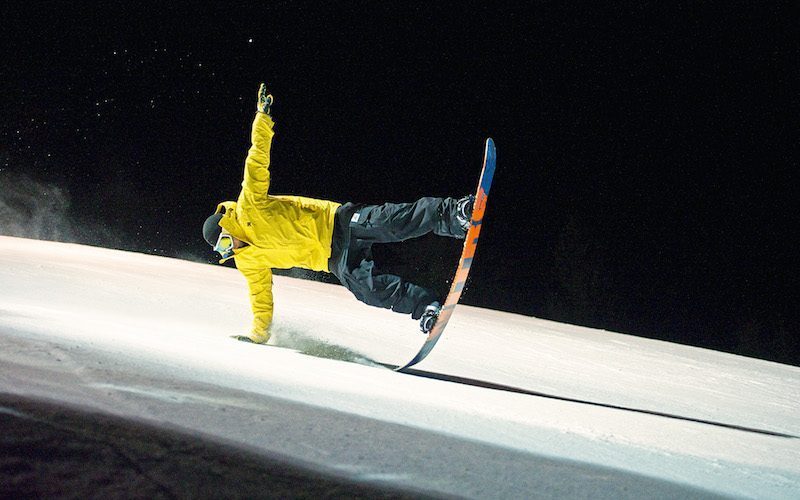 How To Get Into Snowboarding

On the back of that week I quit my job and moved to Whistler. I wish I had tried the sport sooner, and I strongly recommend you don’t wait for snowboarding to be handed to you on a plate.

> Is snowboarding for you?

Snowboarding can give you the best feeling in the world, but it is not for everyone. Progressing through the first few days involves a lot of falling over, so if you don’t fall well – hard as it is for me to admit – skiing might be a better option for you. You need to commit to snowboarding; if you’re scared of falling you stiffen up and will soon be hitting the white stuff.

But if you’re happy with a little rough and tumble you’ll soon be grinning like a kid at Christmas as you link your first turns. The good news is that once you’re through the falling phase progression is rapid – it takes less time to become a good snowboarder than a good skier.

> Taster session or lessons before you go away

Go Ski Go Board has been set up to get more people into snowboarding through free or cheap taster sessions and lessons at most dry ski slopes and snowdomes in England. So Go Board now!

I know they’re beautiful but you don’t need a snowboard yet. Beginner essentials are thermals, gloves, ski socks, ski jacket and trousers – preferably at least 8000mm waterproof as you’ll spend a lot of time sitting and kneeling in snow.

Accidents can happen, but common injuries will be avoided by wearing a helmet and wrist guards – I never snowboard without them. Crash pants are also popular, particularly if you have a bony bottom or prominent coccyx. Although not essential, you’ll see better wearing goggles rather than sunglasses, which will mean faster progression.

Unless you’re joining people that have been before, book a package with a tour operator. The in-resort staff make everything easier for a first-timer.

You don’t need hundreds of miles of piste as you won’t use it and will pay more for the lift pass. Pick a resort that has wide blue runs that are easy to access – preferably via gondola and definitely not by drag lifts. Go in spring as it’s warmer, better visibility, quieter and easier to learn because melting snow is softer and slower.

> How long does it take to learn to snowboard?

I was taken on a red run (mid-level steepness; greens and blues are what you’ll begin on, blacks are for experts) at the end of the first day and hit a kicker (jump) on day five. Looking back, because I skateboarded as a kid our Dutch host (and unofficial instructor) got lucky and snowboarding came naturally to me – it doesn’t to everyone.

On average it takes three days before you start linking turns down blue runs. You’ll still fall over, but now you’re snowboarding you’ll understand why it’s worth occasionally eating snow. Welcome to a lifelong love of travelling sideways.