There’s been fresh snowfall reported above around 3,000 metres on glaciers in the Alps over the past few days.

The currently closed (for skiing and boarding) Stubai Glacier near Innsbruck in Austria is the latest to report a dusting of summer snow, following fellow Tirolean glacier ski area Hintertux last week (below).

Hintertux is one of five glaciers currently open for August skiing and snowboarding, along with Les 2 Alps in France, Zermatt and Saas Fee in Switzerland and Passo Stelvio in Italy. 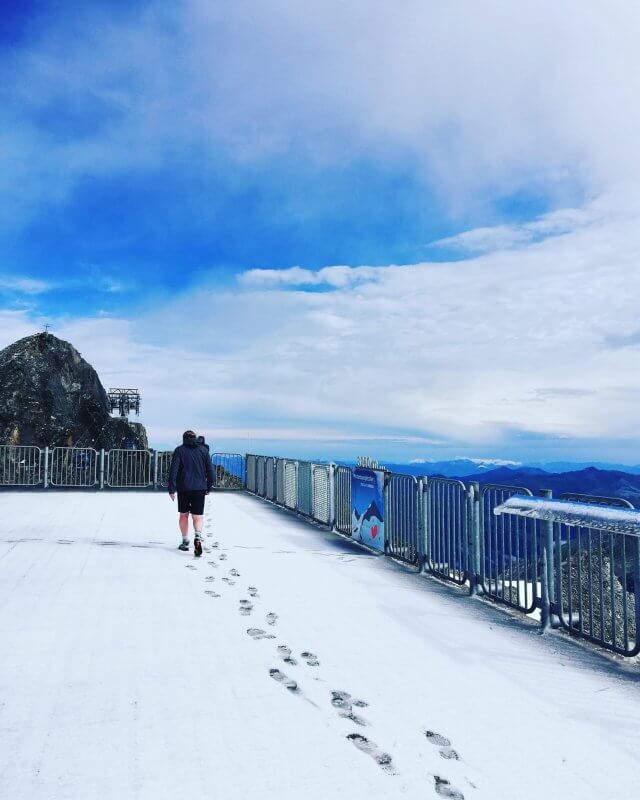 Snowfall at these altitudes is not that unusual Any month of the year, but coming after a mostly hot June and July which saw much of the snow cover on glacial ice melt away, the cooler temperatures and bit of fresh snow is good news for the continent’s embattled glaciers, as well as those skiers and snowboarders lucky enough to be out there.

In the past few weeks two glacier ski areas in Tignes as well as the Austrian ski centre of Molltal (pictured below last month) have closed temporarily due to a loss of snow cover in their glacial ice to allow skiing and boarding to continue safely.  They hope to re-open in September. 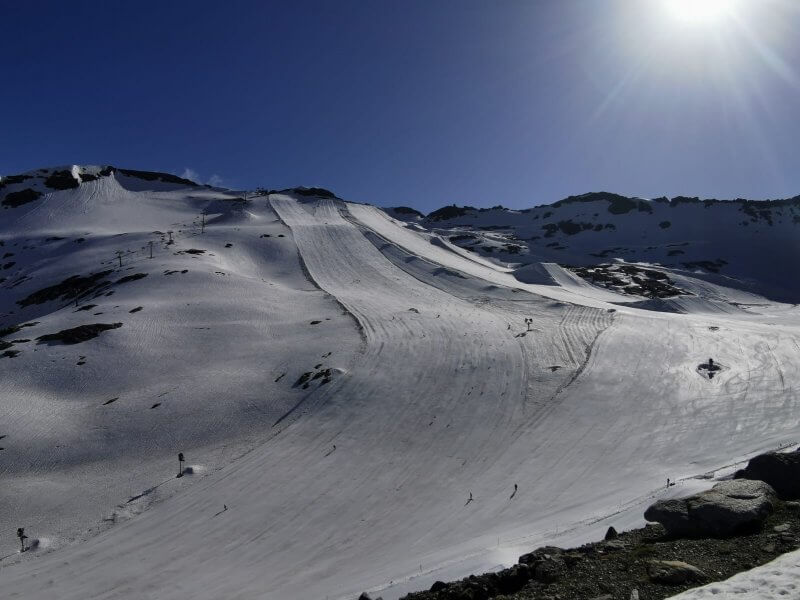 The Stubai glacier also used the fresh snowfall to highlight it’s plans to open for its 21-22 ski season next month too.  Around 20 ski areas in the Alps and Scandinavia tend to start their seasons between mid-September and mid-October thanks to having either glacier ski slope or snow-farming systems in place to allow them to do so.

That was the case last autumn when dozens of areas opened before second-wave virus lockdowns hit many in late autumn. Only Switzerland kept its slopes open throughout and indeed Zermatt has now been operating its slopes continuously for more than 14 months since coming out of the first and only Swiss ski area lockdown in spring 2020.  Scandinavian ski areas also stayed open and those in Austria re-opened in early January to people living locally, if it was viable for them to do so, and with strict operating procedures in place, but those in France and Italy stayed closed for six months until May this year.