A ski area in Colorado may be the first in the USA and possibly the world to be 100% solar energy powered.

Wolf Creek Ski Area normally receives all of its power from a recently opened local solar plant., although used green power offsets to buy in wind energy when the sun doesn’t shine.

The ski area is located 50 miles from the state’s Penitente Solar Project where power began being produced at the end of last year and  can produce 7,000 megawatt-hours per year, of which Wolf Creek requires about 1,000 megawatts.

Although the solar power plant and the ski area are relatively close, the former is one of the snowiest resorts in Colorado whilst the latter was recognised by the US National Renewable Energy Laboratory in 2005 as “one of the premier sites for photovoltaic in the country,” because its one of the sunniest and driest sports in America, as well as being at an altitude where it gets less hot.

Also working in favour of the ski area’s switch to solar was a 70% drop in the cost of this form of energy since 2010, coupled with higher pollution taxes on coal power (renewable energy is expected to become cheaper, on average, than coal by around 2023).  However Wolf Creek are reported to currently be paying 20% more to get their local green energy than if they paid for green energy offset credits. However moving forward, despite the Trump administration’s recent tariffs on the import of Chinese photovoltaic panels, the cost of the local solar is expected to continue to decline. 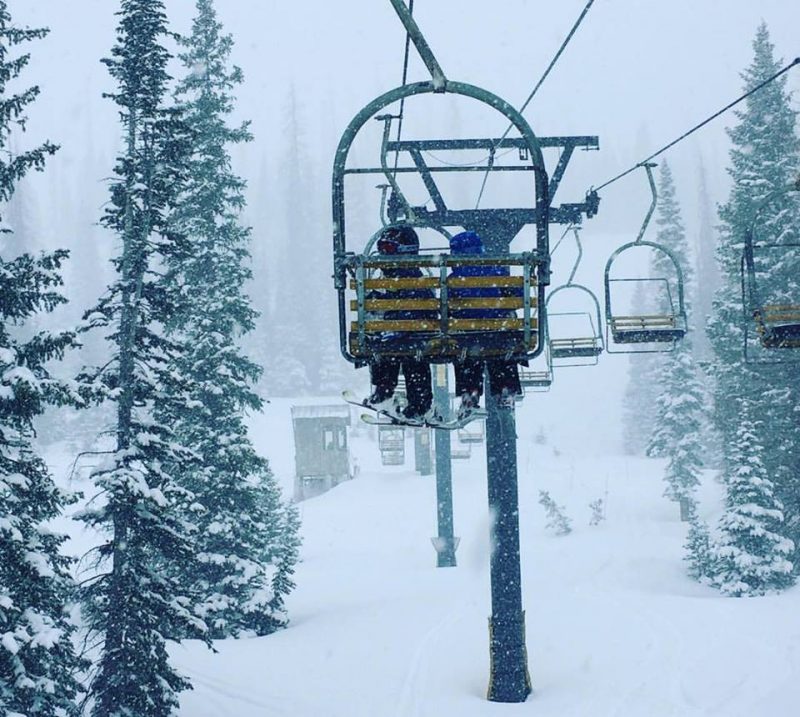 According to ski resort research body SaveOurSnow.com more than 50 of the world’s leading ski areas are 100% renewable energy fuelled, with many of them generating their own green power and in some cases exporting excess green energy generated to the grid.  However so far these resorts have mainly used hydro and in some cases wind power, but not wholly solar.

A number of indoor ski areas in the Netherlands and Germany have come close to 100% green power generation by covering their rooves in hundreds (and in some cases thousands) of solar panels which can produce enough power to cover their operating needs at certain (sunny) times of the year, as at SnowWorld in The Netherlands below. 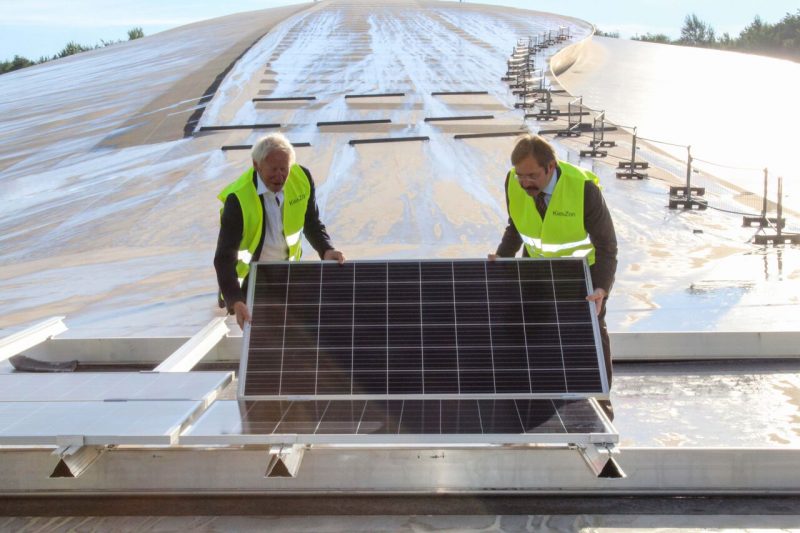 More US resorts have plans to be 100% solar powered soon. Most noteworthy is Squaw Valley-Alpine Meadows in California which aims to be using 100 percent renewables by the end of 2018 thanks to the installation of batteries being manufactured 70 miles away at Tesla’s “gigafactory” near Reno.

“We have a pretty direct relation to global warming. If it continues to warm, there’s more rain, less snow. People don’t ski on rain,” Davey Pitcher, Wolf Creek’s CEO, told local media, adding, “It really should be green. It’s not a hospital. People are just goofing off on the mountains. We really should be able to figure out a way to goof off without burning carbon.”

Indoor Snow Centre To Be Green Powered By Solar Panels