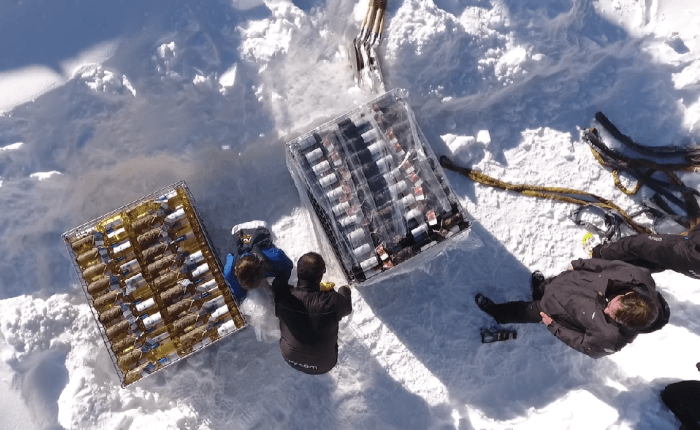 Cauterets to create ‘wine cellar’ at 2400m in the French Pyrénées

Some people have a wine cellar in the bottom of their house, but Cauterets, in the French Pyrénées, has gone in the opposite direction.

On Saturday, 3000 bottles from the Bordeaux vineyards of Franck Labeyrie were helicoptered to the top of the slopes and buried under 6 meters of snow.

The helicopter landed at 2400m at the top of Cirque du Lys ski area in Cauterets and was met by resort staff. 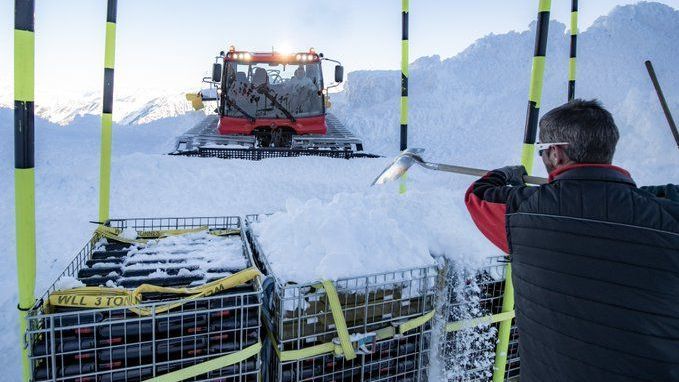 Cauterets was perhaps the obvious choice for this experiment as it currently has the highest snow depth in France.

The bottles of both white and red wine will now be left to age for several months.

Last June, a first batch of 1200 bottles that had also been buried in the snow in Cauterets was recovered, then tasted.

According to expert wine tasters, the wine had ‘a new complexity’. The first season is currently available in the Lys restaurant on the mountain and in the town at the Caves Sepet.

The Bordeaux winemaker likes to age their wine in unusual places. For the last ten years they have also been storing bottles in the waters of the Arcachon basin, near Bordeaux.

> Pyrenees Overtake Alps for Deepest Base in France