Work by the famous British cartoonist Steve Bell is to go on display at ski resorts in the French Aravis Region in an exhibition running to March 10th, 2019.

Bell has been working for The Guardian for more than 30 years and continues a long tradition of mercilessly caricaturists the “great and the good” in British public life.

92 cartoons are displayed at five locations in the region. The cartoons chosen are all Steve Bell’s reinterpretation of famous works of art since the 15th century with characters in the artworks replaced by public figures of recent decades. 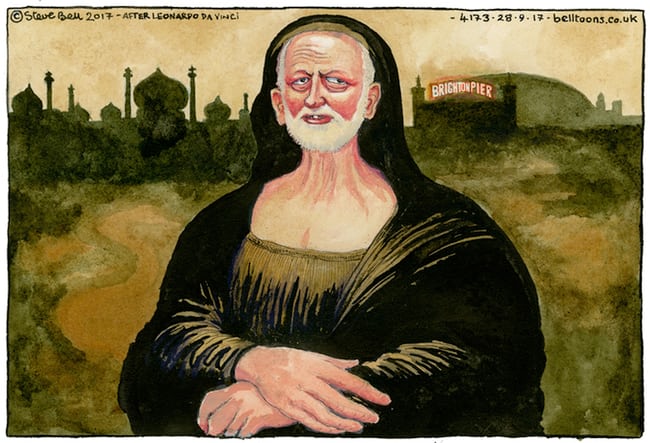 The exhibition will be staged in the well-known ski resorts of La Clusaz and Le Grand-Bornand as well as the smaller neighbouring communities of Manigod, Saint-Jean-de-Sixt and Thônes in the Aravis region. It’s believed to be only the second ever exhibition of Bell’s work in France.

A spokesperson for the Aravis region commented, “It’s an opportunity to confront culture and humour see current events through an Anglo-Saxon view of the history of art,” adding, “The exhibition also reaffirms the need to preserve freedom of expression.”

Skiing in France – The Resorts You Simply CANNOT Miss

How Does Your Home Town Measure Up To Your Ski Town ?