The UK’s three Skiplex indoor ski centres are in the process of going into liquidation.

There were no real advance signs of problems for Skiplex, except perhaps that it stopped accepting online bookings and only accepted telephone or visitor bookings.

The three Skiplex centres, at Reading, Basingstoke and Chiswick each contained special indoor ski machines which allow skiers to descend a continually moving artificial surface slope which moves up towards them – a kind of skiing equivalent of a runner’s treadmill.

It may not all be bad news however, there are reported to be some interested parties who may buy one or more of the centres; and there is also interest from others to buy the actual machines themselves.

The first Skiplex centre opened in 2011 and thanks to their flexibility in slope gradient and operating speed were used by a wide variety of skiers from complete novices to professional racers in training.

“I worked with Skiplex three years ago when they had just launched the Reading and Basingstoke centres and I thought it was a great fun concept and another positive addition to the UK ski market. I’m sorry to hear that the company hasn’t been able to survive in this tough climate,” said Vanessa Fisher of Vanessa Fisher PR

A further Skiplex centre had been ear-marked for a new multi-sports complex proposed for Bristol, but clearly that now seems unlikely. 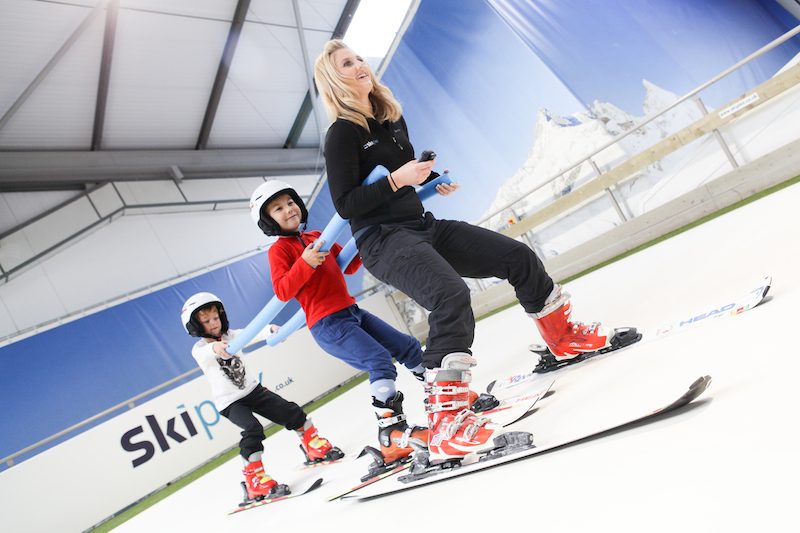 The machines were first used in ski shops the US in the 1950s but have become increasingly popular over the past 10 years at venues around the world.

Another facility using a similar machine opened in 2015 in London, run by a completely different company to Skiplex, Chel-ski, and a centre in The Netherlands recently installed four of the machines and now claims to be the world’s largest single location for them.