Morgan’s bronze, in the event’s inaugural Olympic staging, is Team GB’s fifth medal of the Games and surpasses the four won at Chamonix 1924 and Sochi 2014.  It’s also the first time Britain has won more than one medal in alpine ski and snowboarding disciplines.

After falling on four attempts in training, Morgan pulled off a trick he’d never completed before in competition – a front-side 14 triple with mute and tail-grab – to become the first British man to win an Olympic medal on snow.

He fell on his first run but punched the air with delight after nailing his second two attempts.

That put him in third place with ten riders to come, ensuring a nervous wait before he was finally mobbed by his British team-mates, while Canada’s Sebastien Toutant took gold and American Kyle Mack claimed silver.

And the medal had extra significance after battling a knee injury in recent weeks, which could have ruled him out of a second Games appearance.

“I’m 28 years old and I’ve maxed the limit of what my body can be scared about,” he said. “It’s the best feeling, the pay off after you do something you are scared about and you land on your feet, that’s why we do this.

“For that last trick I pushed it all the fear to one side, I was like even if I completely wreck myself it doesn’t matter, I’m just going to go and do it.

“Normally I’m just worried but I went out there to send it for the boys.

“It’s great it means so much for the whole team, they’re all stoked. I think there were a few tears actually. I don’t think I’ve seen any of them cry before. It’s weird isn’t it? I didn’t think I could win a medal, it’s just blown my mind.”

Morgan’s sporting career started as an acrobat in Southampton while he paid for winter seasons by working on building sites back home during summer months.

“I try to be as genuine as possible and I come from a very genuine background,” he added. “I used to work on building sites to pay for my winters and that makes me a relatable dude.

“It’s not been a slog. I started snowboarding for the sheer love of it, snowboarded on the plastic, went and did seasons away and developed my skill without knowing it. When I joined the British team, I just carried on, with a great bunch of mates.” 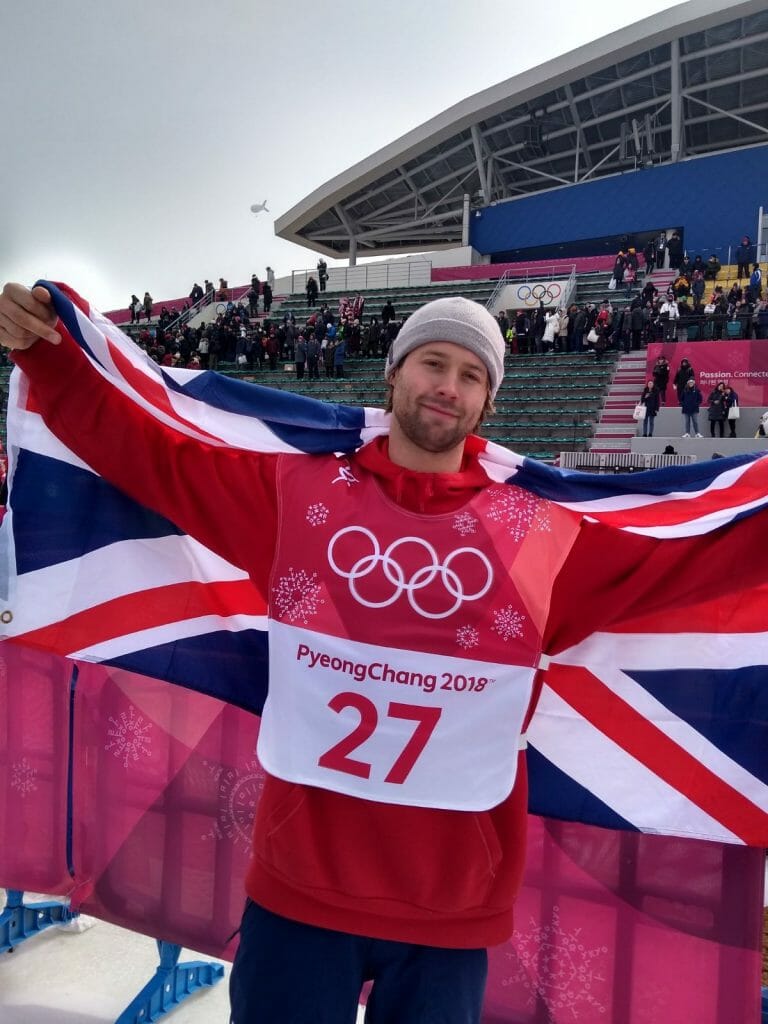 “He put himself under a bit of pressure but he executed when it mattered and I’m just delighted for him and his team,” said Team GB Chef de Mission Mike Hay

“You are always under pressure and I’m just so pleased that we’ve won five medals.

“Sometimes you just need to hold your nerve. We’ve got a lot of talented athletes here and you always have ups and down but the Games is 17 days long and you can’t be quick to judge.

“This is an awesome event and I just hope he’s inspired people watching at home. It’s a great story, at one time he didn’t think he’d be fit enough to come here and to win a medal.”